The Xbox One X has continued to bring the power as many new games become enhanced with better visuals and more detailed worlds. The amount of graphical options, enhanced games and generally better experiences has been great with the console. While I did compile a list at launch, since we're nearing the end of the year it's time to update that with the many incredible updates that have since followed. The games are looking great, some new amazing improvements have come into the fold and these free updates for the games are exciting. Here are the top 10 Xbox One X enhanced games 2017.

I initially left this off the list at launch since it wasn't yet updated for its full potential and since then the game is now truly shining. It brings high resolution textures, an expansive world and a beautiful look at Ancient Egypt. The draw distances are incredible and the entire world plays essentially flawless while being a lively world.

Probably the best game of the generation and possibly one of the best RPG titles ever released, this third Witcher title received an amazing update. There were numerous overall improvements and the option between either a 60fps with dynamic resolution or straight up 4k at 30fps. Whichever players choose they both get HDR and it truly makes an even more remarkable experience.

I certainly expected Fortnite to get an update, I didn't know it would bring such a plethora of tweaks. The draw distance is amazing whether you're protecting shelters or eliminating enemies in Battle Royale. In Battle Royale you can basically see across the entire island from certain heights. The textures really do shine in that 4k resolution and the host of other enhancements were well welcomed. 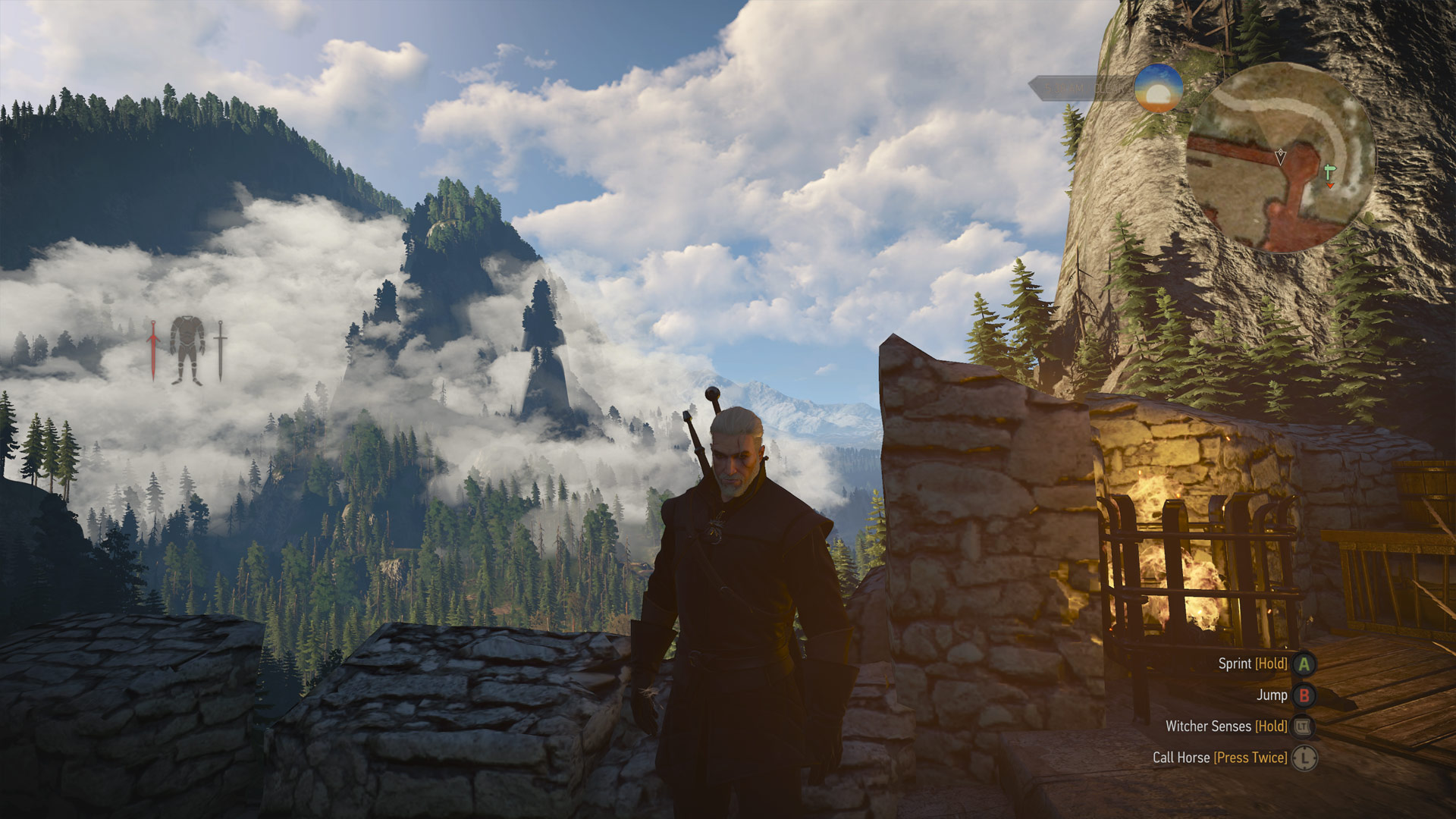 Halo is the flagship on the console and it delivers with a 4k resolution among other smaller enhancements to the core experience. The entire thing is full of vibrant color and displays this at a stunning 60fps across the board. It's excellent to see this recent Halo game get the update and it looks just like new, I am however disappointed it doesn't have HDR support. I will say that while the environments look better, the Spartans and the weapons are amazingly sharp in the improved resolution.

Boots on the ground is glorious and in this entry you can see that it's where the series shines. The 4k is intense helping to further capture the visceral theater of World War II. It looks amazing across the entire game whether that's the historic campaign, the well rounded multiplayer or the very accessible zombies with each maintaining that glorious 60fps across the experience.

Fallout 4 is fantastic on consoles and now the Xbox One X stands above them all with HDR, 4k resolution and so much more room to fill the world with UNLIMITED MODS. Just kidding, the mod limit isn't changed here but with so many other improvements from draw distance to a stable frame rate it's fantastic. The console can just deliver on so much more content here so enjoy a perfectly stable core vanilla game or fill it to the brim with mods.

The Forza franchise is well known for pushing the boundaries of what console graphics can do and while this was perfect on base hardware, the move to the native 4k at 60fps is unbelievable. The intensely massive selection of cars, tracks and racing options help round out the experience. The dynamic weather is one of the most seemingly natural uses of climate that I've seen and it aims to emulate life in a realistic way. Prague is a great example of this though I'll suggest any darkened night map with the HDR or even one in the warmest of skies.

Taking full advantage of the Xbox One X Battlefront II is the ultimate way to enjoy an authentic Star Wars experience. The quantity of detail and depth within the large scale battlefields is insane. It only gets better with the free additional content that pushes the designs of worlds even further. Fight in open space battles that present an open view of the universe or take the fight to dense varying environments. It's crazy and it supports all the eras in a natural, yet entirely true to Star Wars way.

Lara Croft's second rebooted adventure has received many upgrades for consoles, but damn does it bring the next level of detail to Xbox One X. There are multiple ways to play the game from one that grants 4k resolution, another that aims to provide better density and a final option that gives a smooth fps. It's this element of having a choice for players that makes this enhancement so important and you can see all the work involved within the finest of details.

The Coalition most certainly knows how to fully handle the power of the Xbox One X and that shows with the beast that is Gears of War 4. There are a couple graphic options, though in spite of that the core multiplayer is a solid 4k at 60fps with no problems. This is the best example of the direction Xbox is headed towards with the glorious HDR, Xbox Play Anywhere support and the great continuous updates for the multiplayer. It's a full Gears package and one that clearly shows just what could be done with the console.