There was certainly some interesting events for Xbox in 2017 and while the first party was limited, it still had some excellent third party support for titles. This list will hopefully compile a wide selection of games and some of my favorites that were released on the platform throughout the year. It's slightly different this year as we usually would have this list as Top 10 Xbox One Games Year Four, but this naming makes more sense. All the featured games are on Xbox One and almost all of them are enhanced for Xbox One X so they look really awesome on the new hardware. They all released within the last year and made somewhat of an impact on the platform. With that, here are the top 10 Xbox One Games 2017.

This was a great fighting title bringing a large roster of classic DC characters from the main stream selection to some really rare offerings. The DLC is even crazier if you're into expanding the roster and you'd be very surprised at what shows up. The story follows a twisted alternate world where Batman fights Superman and sides are divided, but there's also something else crazier than the conflict that has caused so much harm.

I'm not the biggest Destiny fan after the disappointment of the first title, but this sequel isn't bad. The core content is an improvement over the original and the while the narrative is weak there's some great levels for those that love the type of game it is. The multiplayer is well done, it's fast paced and feels competitive. This is stacked with some Raids to take on and a number of Strike missions.

For whatever reason Halo Wars 2 was sadly overlooked and it was a great effort to bring back the RTS genre. It brings a strong campaign that continues the events of the first game while also really refining the multiplayer offering. The Blur cutscenes are incredible, even if you're not interesting in the game you should give those a glance. It ties into the future of the core Halo series and has a fantastic Awakening the Nightmare DLC that brings back an old foe. 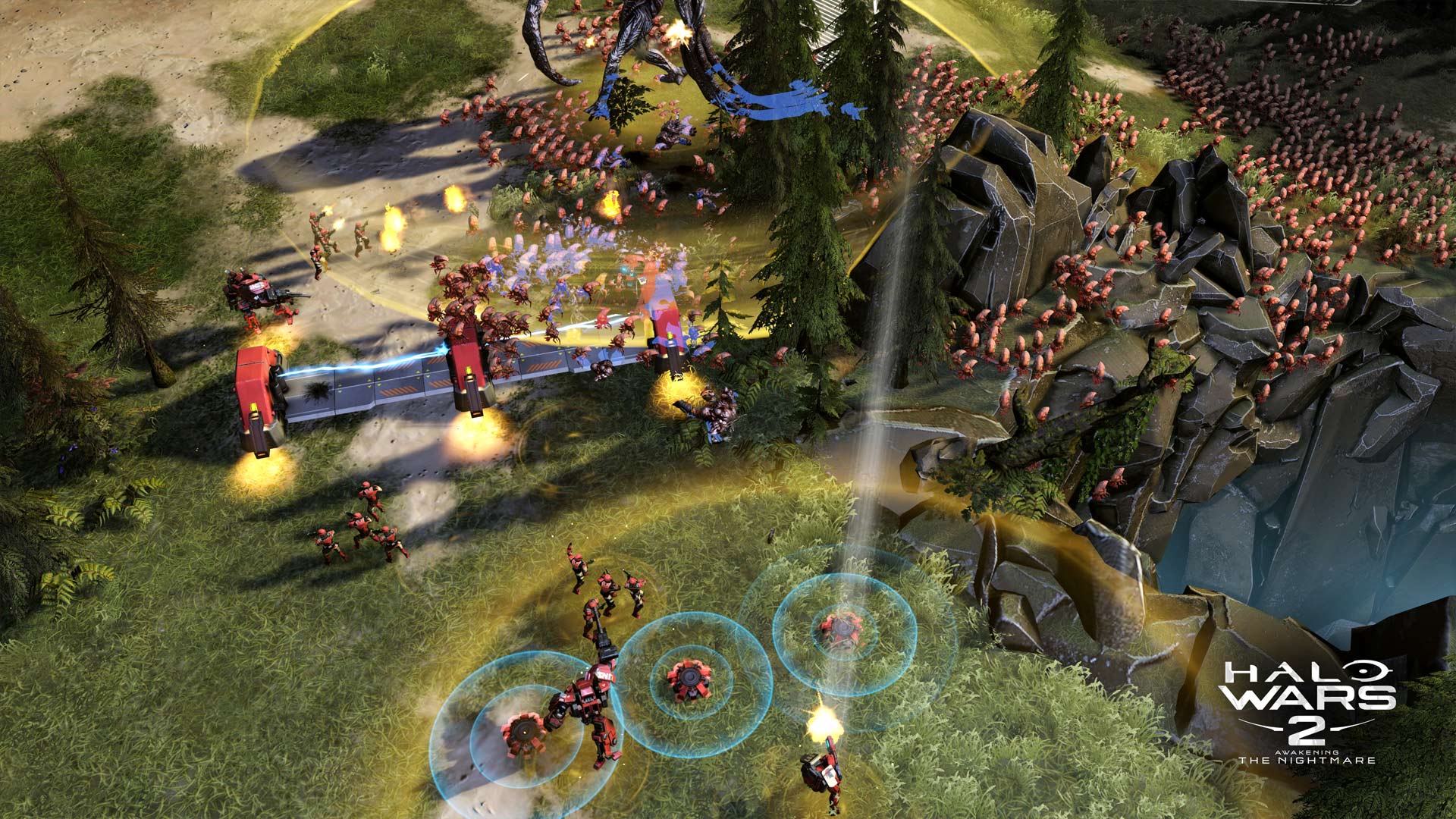 One of the biggest surprises of the year, I fell in absolute love with Slime Rancher. It's the ultimate 3D farming title where you take care of adorable slimes, get addicted to the formula and just never stop playing. There's too much to do and maintain while you also attempt to explore in order to complete the emotional story. Aside from the awesome regular story, there's also a challenge mode available to show off your sliming skills.

A large scale and very narrative focused title, you get to unleash the power of ring to build your own little Orc army. There's some solid lore building as you attempt to deal with the threats of Mordor and expand the influence of the forts you manage. Collect your Orcs, send them to fight each other or just make them stronger with upgrades as the Nemesis system is awesome. The end game was really strange, but for the most part it's a perfectly done game. The world feels lively, you can take out your enemies in too many ways and it was just a really great Middle-Earth title.

Cuphead is truly a special game, the hand drawn animation and old school 30's style cartoon artwork is gorgeous. It's a glorious local coop game with a tale of mischief and misfortune. The entire thing is basically just boss battling and it's just the right type of difficult. There's nothing impossible and it makes you work on learning patterns to be successful. Every fight is unique and each scene is filled to the brim with details, the whole thing is amazing. 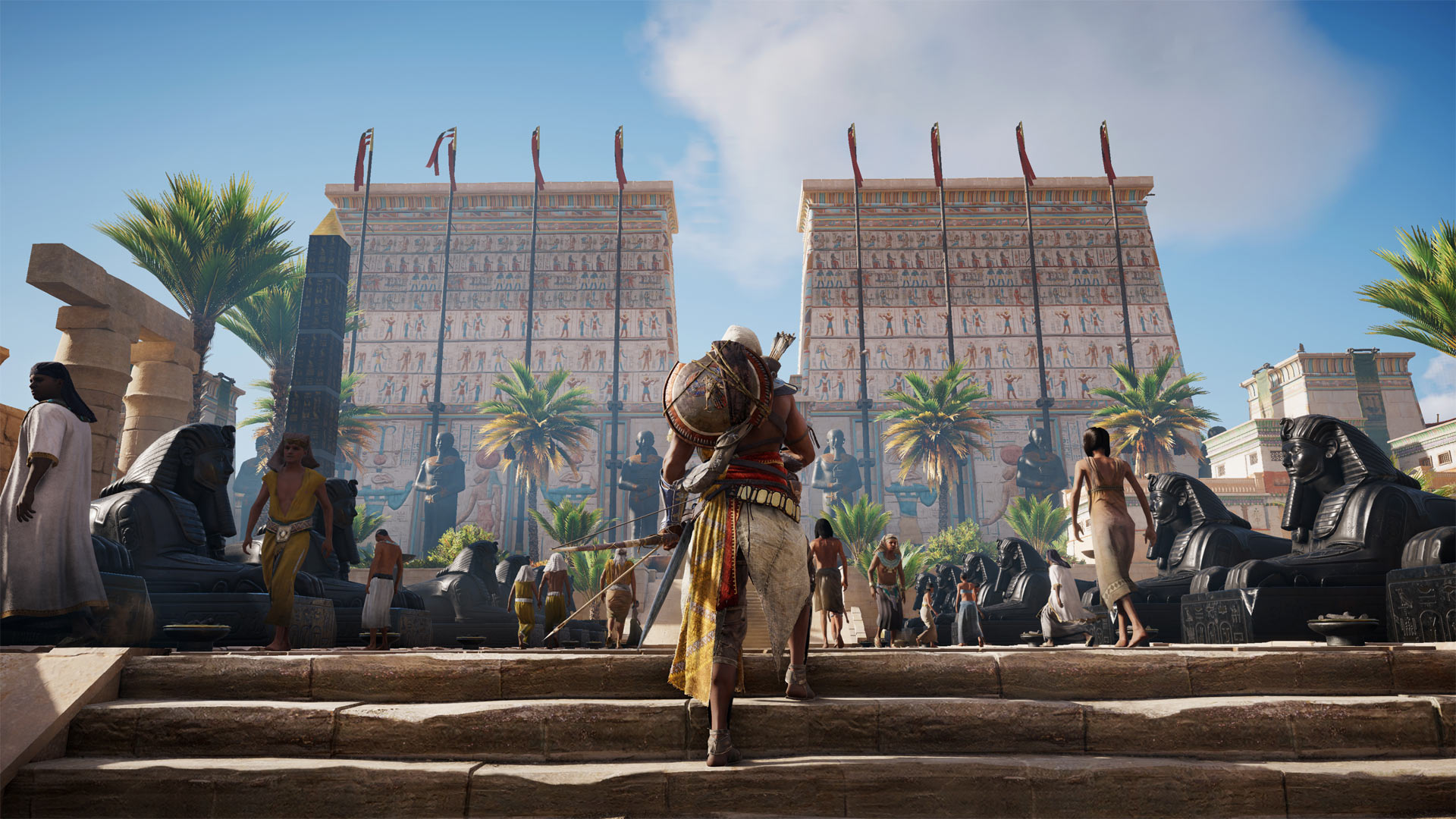 I love Battlefront II, the game looks stunning on the Xbox One X with visuals that are a complete treat every time I load it up. There's a pile of iconic planets to battle across and great gameplay. I enjoy blasting away enemies with friends and have spent many hours in the magical set pieces it creates. The story could have been longer and better, but it's still a fresh entry within the series.

An expansive world, Ancient Egypt is magical as are the many characters you come across while roaming the desert. Explore vast areas across a magnificent landscape while enjoying tombs or just the wonderful sights. I'm a huge fan of Egypt and particularly the historical aspects so every single street in this is just a great time for me. There's a solid story here as well that's lengthy and the game is filled with side quests or activities to take part in. It's a good story for fans as well since it dives into the very start of the Creed brotherhood.

This is the first new Call of Duty that I've really enjoyed in many years. The jump back to ground based combat was well needed and despite being mostly nostalgic, it feels fresh by just going back to basics. The multiplayer is really competitive and I absolutely love the new War mode as it's the objective option the series needed. The campaign was intense, visceral and a great journey through Europe during the war. This is stacked by a well refined zombies mode that features purely gruesome enemies. It's a very enticing package.

Forza continues to push boundaries despite there being so many releases in the series. It not only grows, but aims to always expand what it offers with more cars and tracks than ever. The world is stunning, the cars are perfect and the racing is top notch. There's a ton of content here and with the extra refinements of the Xbox One X enhancement it amazes. This is as good as racing gets and there's nothing that compares.