Starlink: Battle for Atlas was one of the big Ubisoft reveals at E3 2018, I was able to get some hands-on time with it while I was as the Nintendo booth. It's a simple game in that you fly around in a spaceship, but there's a lot of potential for complexity. I couldn't quite get a good grasp on the scale however as I didn't have a direct Ubisoft representative on hand being at the Nintendo area. I tend to ask a lot of questions about these aspects when I'm trying out games at events. With that, I was able to fly around and then blast things. The demo I played was with the docked version featuring an expansive space area and a target on this planet's surface. I was able to speed around easily with smooth controls and then go across the planet.

There are different types of flying stances based on where you are with options to swap between them as that can factor into combat. My main goal was to eliminate targets across a large planet surface, it was surprising in that it felt lively and large. There were structures, some creatures and it wasn't empty like I thought it might be. I couldn't tell too much in terms of detail as the graphics weren't amazing on the Nintendo Switch. They weren't at all bad and this seems like an ambitious release for the platform, I just imagine the quality of a clearer resolution might make the colors really pop on this one. 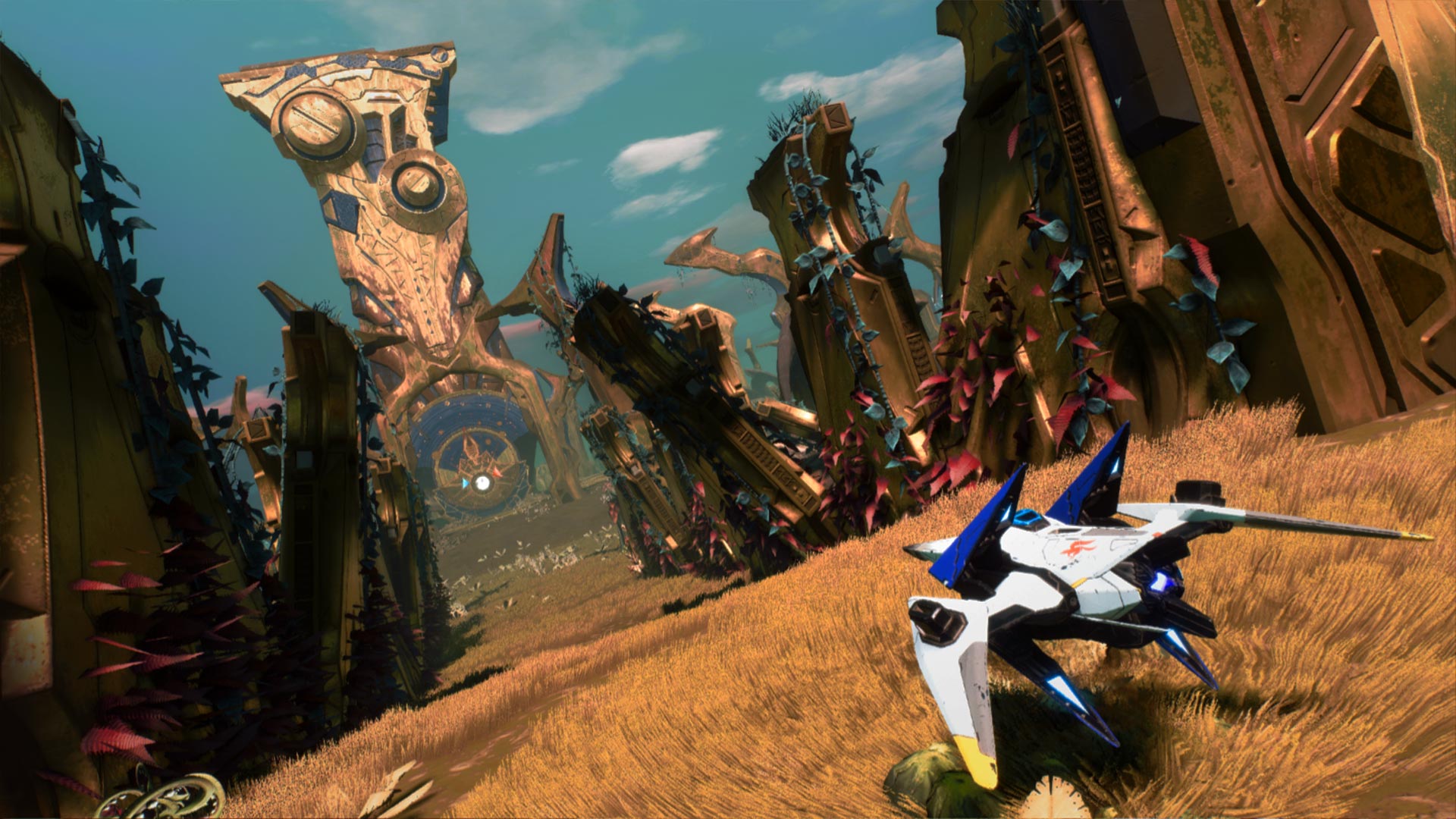 To build on that comment it seemed like this could be a colorful world, but it was just toned down. Keep in mind this is an in-progress and being worked on game set for an October 16, 2018 release so it'll be polished up considerably by then. They mostly want these demos to run perfectly fine for when press get hands-on. The combat was neat as I switched between modes of the ship and blasted creatures. I even met up with a boss that was impressive in scale. I had found the experience incredibly simple until that point where this boss came across as a real challenge. It even destroyed me at one point from which you can swap parts and get back into it.

This plays into the whole toys aspect which they sadly didn't have on hand, which brings me to the point that you don't need toys to play around with your ship. I felt the ship handled quite well on the Nintendo Switch, the controls seem to be optimized and streamlined for anyone. There are some complexities to maneuvers you can pull off, but entry wise I think any audience could get into this one. I actually really like the idea of Starlink: Battle for Atlas as it seems like a lot of fun from what I played, I'm very curious on the scope of the full experience. I also hope they have multiplayer as it could make for fun cooperative moments or even competitive action. If that last line is not planned at all I apologize for the note, just thought it would be cool and haven't had time to fully research this one.