Yamada: Compared with other mobile games, Shin Megami Tensei Liberation Dx2 has a lot of content, so the most difficult thing was adjusting its balance. It is based on the famous Shin Megami Tensei universe you can find on consoles through a few titles.

What platforms can players experience the game on and what was it like preparing a title for the mobile setups?

Yamada: SHIN MEGAMI TENSEI Liberation Dx2 will be released simultaneously on both iOS and Android. We worked hard to offer the experience of a console game on mobile. Also, in the case of a F2P game, we needed to make sure the game is a “service”. Therefore, our biggest challenge was balance it and we had to work a lot to develop this title.

Could you go over the general narrative for the game and what sort of connections to the series players might expect to see?

Yamada: I’ll keep it brief to avoid spoiling the story for fans. The story centers around the player and take role as a Devil Downloader (Dx2), who joins the organization called “Liberators” and fight against the Acolytes. By playing the game you can imagine or find out the connection with the other SMT titles. 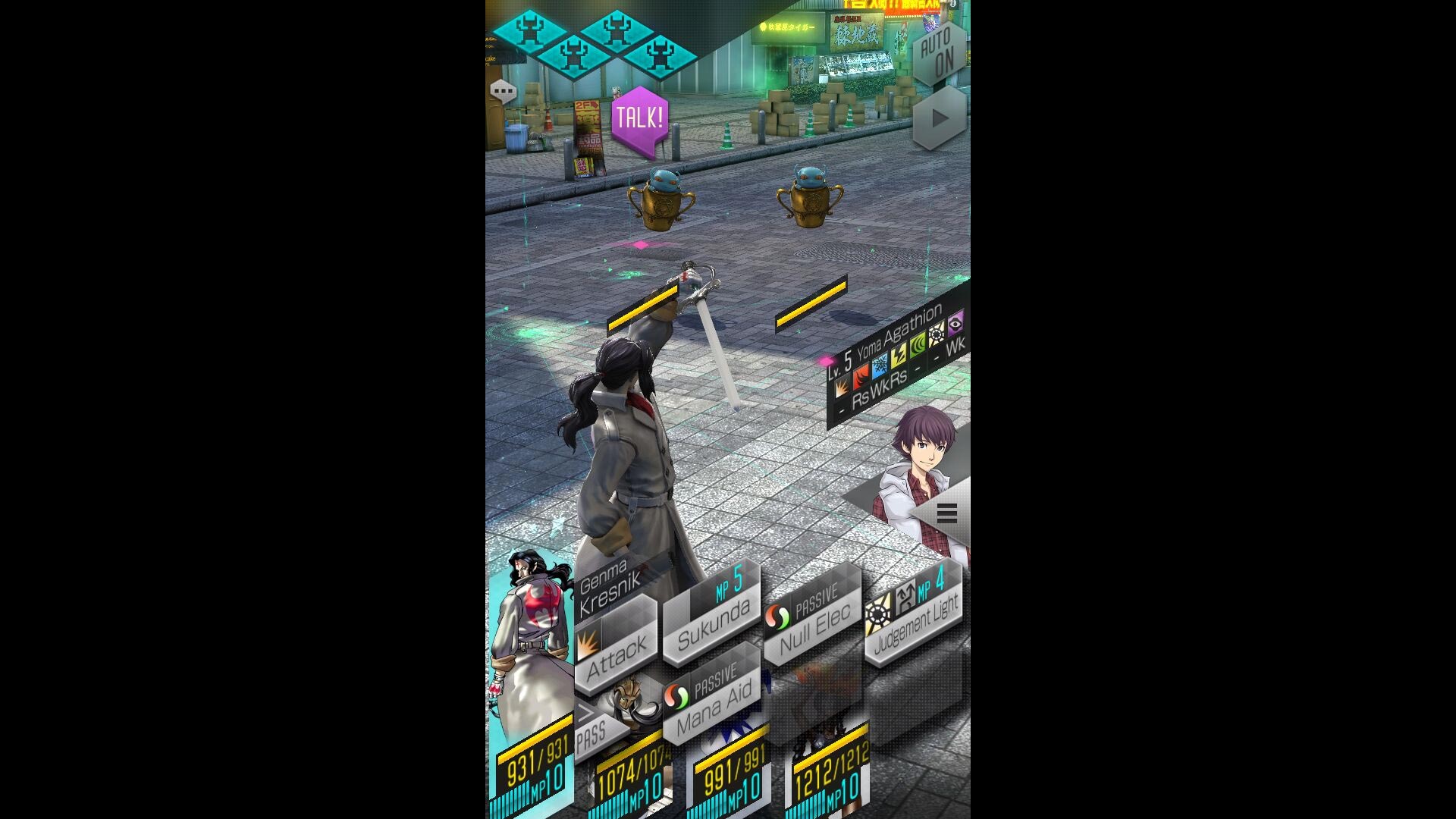 With there being dungeons, what can players expect when they go to tackle these challenges?

Yamada: Aura Gate is a dungeon quest that can you can only challenge during certain times of the day. Players can explore 3D dungeon densely populated by Demons. There players can earn large amount of magnetite and items. Each floor contains a Vortex of sorts that leads to the next floor that is guarded by a powerful demon.

There’s also a PVP mode, could we get details on how that runs and how the competitive elements are integrated into the overall game?

Yamada: D2 Duel is a ranking PvP battle that lets players compete with others and test their strength. By winning, you will be able to earn points that can be exchange with items. This will be one of the end elements.

What was the process like porting over the experience to English for the Global audience?

Yamada: To release the title globally we needed good localization. Therefore, we assigned a full-time native localization director on this project. I think he has done a great job so, if you are pleased with the localization or have feedback, please comment on our official Facebook page.

Yamada: One thing I would like to say is that even though this is mobile game, you can really enjoy a rich gaming experience with high strategic battle. Not only series fans, but also people who have never played a SMT series title before should definitely play and, hopefully, enjoy it!