: Revolve8 is real-time-strategy game available globally for smartphones. It brings the fun aspects of traditional PvP to mobile devices. Characters are from fairy tales, re-created from the very unique perspective imagined by Koji Igarashi.

With this being based around cards, could you describe the basic rules and the concept of deck building?

: The overall rule is pretty simple: aim to destroy your opponent’s tower within the time limit of 3 minutes to achieve victory. The rules are simple, but the cards and powerful Hero skills they use opens up to strategic real-time duels. 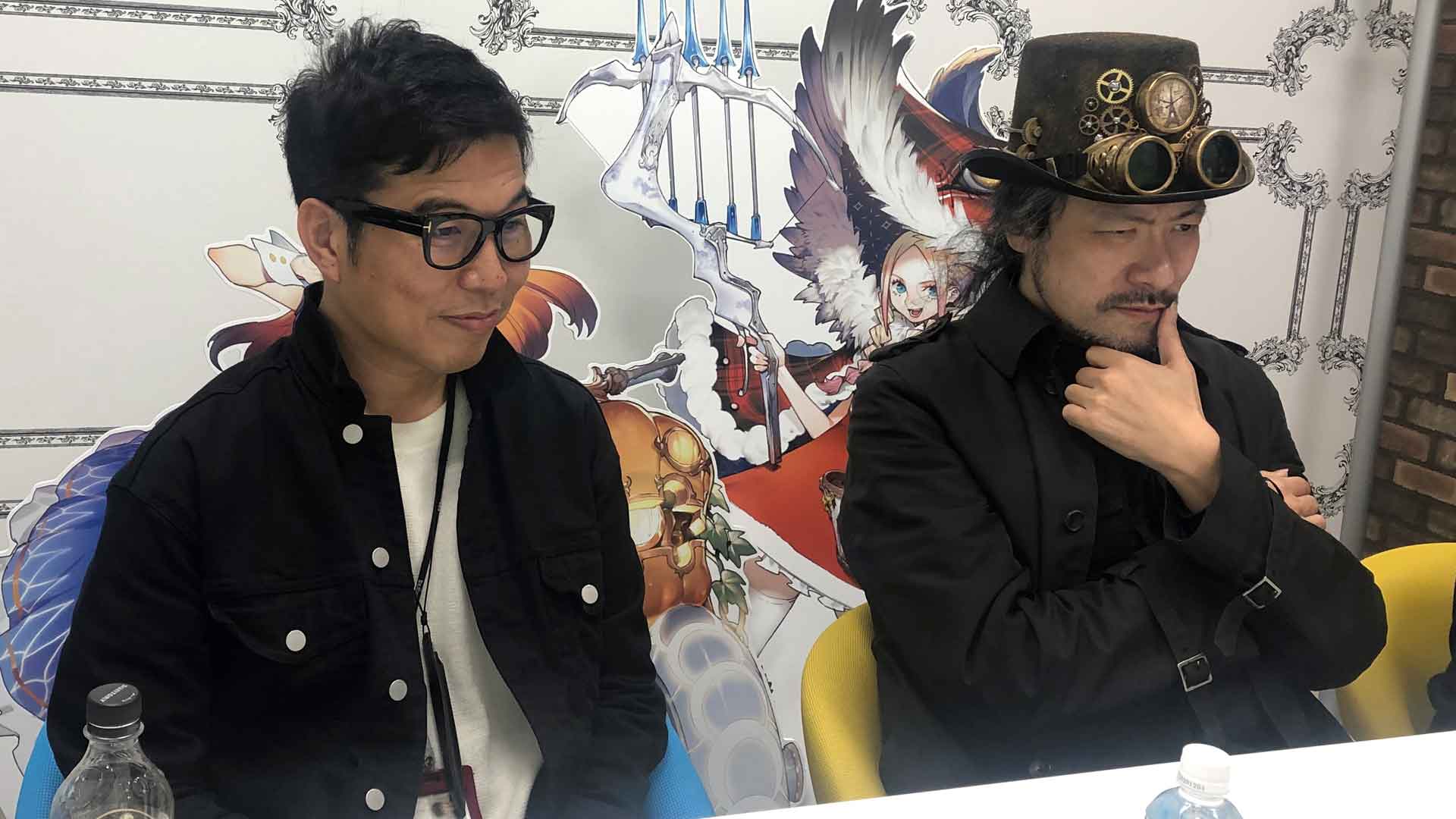 The skills, how do these alter gameplay and when is the right moment to use them?

: Each Hero has “Normal Skills” and “Special Skills.” Normal Skills can be used every 30 seconds by any of the Heroes in the deck, while Special Skills can only be used once in a match by the deck leader. These skills can potentially turn a battle around, therefore players need to strategically think about the timing to use.

Could you go over the lore, or well the general narrative that’s being presented in Revolve8?

: Our story is centered around the world called “Imago” where different fairytales exist. When a story becomes well-known in the real world, everything within that story appears in Imago. But, when a story is forgotten, its size and wealth shrink in comparison with other realms. Once in every 100 years, there’s a war where all the characters in Imago fight against each other and winner of the war can rewrite there story.

There are some interesting heroes here, do you have a favorite and could you give us a quick taste of what characters we’ll come across while playing?

Kikuchi-san: I love the Rapunezel character. She is a character who loves games and never goes out outside. Her story (Hero quest) is very unique. It is aligned with the original story, but we put in little bit of twist to it. Also, if you take a closer look at her illustration, you might notice something (hint: the game controller that she is holding). About the gameplay, I would like players to see her skill. Skills that she has are very unique and because of her characteristics they are game-themed.

Igarashi-san: I love the Emperor. I always- try to promote this character to everybody. In today’s mobile game, beautiful women characters are always centered and keywords such as “man” and “muscle” do not come out much. For this game, good or bad, the Emperor is one of the characters that represents the unique direction of this game.

Gameplay wise he is very useful role as a “Tank.” Initially, in the pre-build, the dev team implemented bodybuilding pose when he moves. As for game experience, we had to cut that out, but after the SP skill he walks toward the tower posing. Our team made a very good effort on this, so I would love people to pay attention to this. 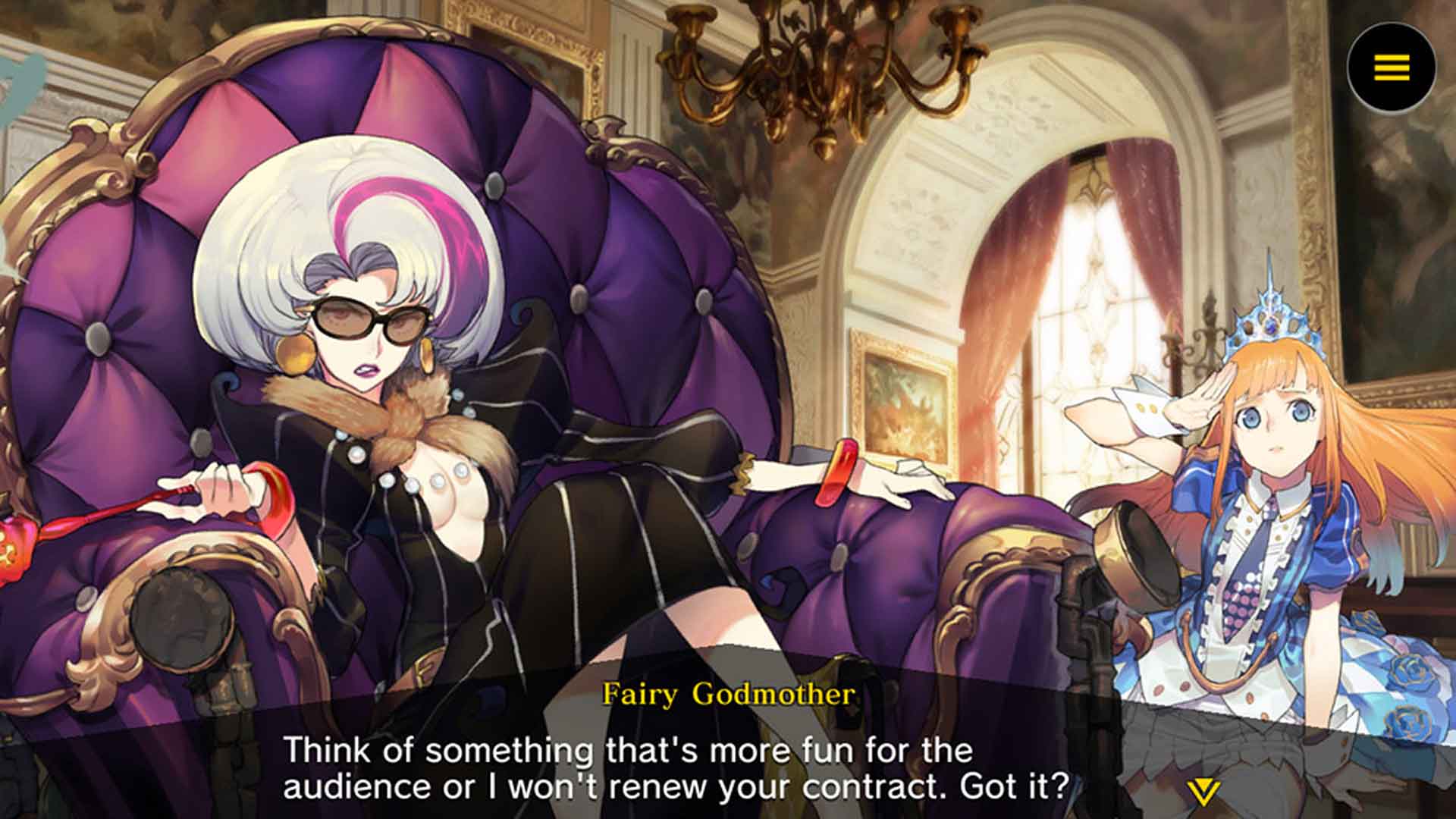 On what platforms are players able to check out Revolve8?

: Revolve8 has been released for both iOS and Android. It also supportsfive different languages English, Spanish, French, Japanese and Traditional Chinese.

Lastly, I would like to leave a spot for you to say something or go over anything I might have missed during the interview?

Kikuchi-san: Revolve8 retells fairy tales in a slightly different flavor, and it’s also a RTS game. Unlike other games in this genre, we have in-depth quests to help players learn how to play, so both experienced players and beginners can have fun.

Also, since this game is fairy tale-themed, we would like to hear more from the fairy tale fans around the world, so please make a comment Revolve8’s official Facebook. We might consider putting as a character in the future!

Igarashi-san: Please enjoy the world of Revolve8. It’s an RTS but, this is not just for players that are good at RTS. Like Kikuchi-san stated above, in the game there is game feature called “Quest” that more casual gamers can enjoy. Through the “Quest” you can learn the basic strategy of each character from strength to the weak. This RTS is for everybody. I think this is the aspect that set apart from other RTS games. Also, I play this game with Player name “IGA,” if you match against me. Please be kind/nice to me (eat something or do something when you match against me).