Symmetry is actually a fairly good game, at least the type of simulation management I enjoy. That being said, it's absolutely broken on Xbox One and a mess. I can't suggest this in the slightest on that platform despite it actually being a title I enjoyed playing. To go over the broken aspects, you can't finish a match on here. It's impossible, Symmetry is so full of bugs that it's amazing if anyone gets lucky enough to. I had a problem multiple times where the first new guy jumps onto the scene and everyone becomes ghosts. Other times where my crew randomly vanishes without a trace when someone else joins the team, not even a body to bury or use for food which sucks.

To follow that, I had times where the game goes on auto, the date is stuck yet you progress. I was able to grab most of the Achievements by having one guy that somehow made it through the glitch auto collect while I wrote some reviews. I even launched the ship "beating" the game with him and didn't get the completion Achievement. It's funny further that I had to back out of the game since it got stuck there and upon re-entering it the launch worked, but it was still glitched. To make matters worse, the general game itself is hardcore. There were some neat change-ups you see visually and the endless survival at the completion of the campaign could be fun.

It's nearly impossible to balance a crew as you're stricken by the cold, lack of resources and death. I did find some decent balance, but after the matches broke a couple times I just said screw it. It's easy to move around your squad of survivors, but at times things would highlight above them in a crucial moment causing them to suffer death, quite tragic actually. Still, it worked well controller wise for the most part. I thought the visuals were great, minimalistic yet well detailed with a gorgeous shifting scenery.

The collecting of items was unique and I loved balancing supply capture against learning or say productivity. It always keeps you engaged and you could spend hours working towards doing well, then it would break. The game also has options for speed of movement so it's key to balance how you pace movement. The story was alright, nothing special aside from some creepy points. It's delivered almost randomly amidst everything else going on. Upgrading was simple and I loved the challenge this game had. 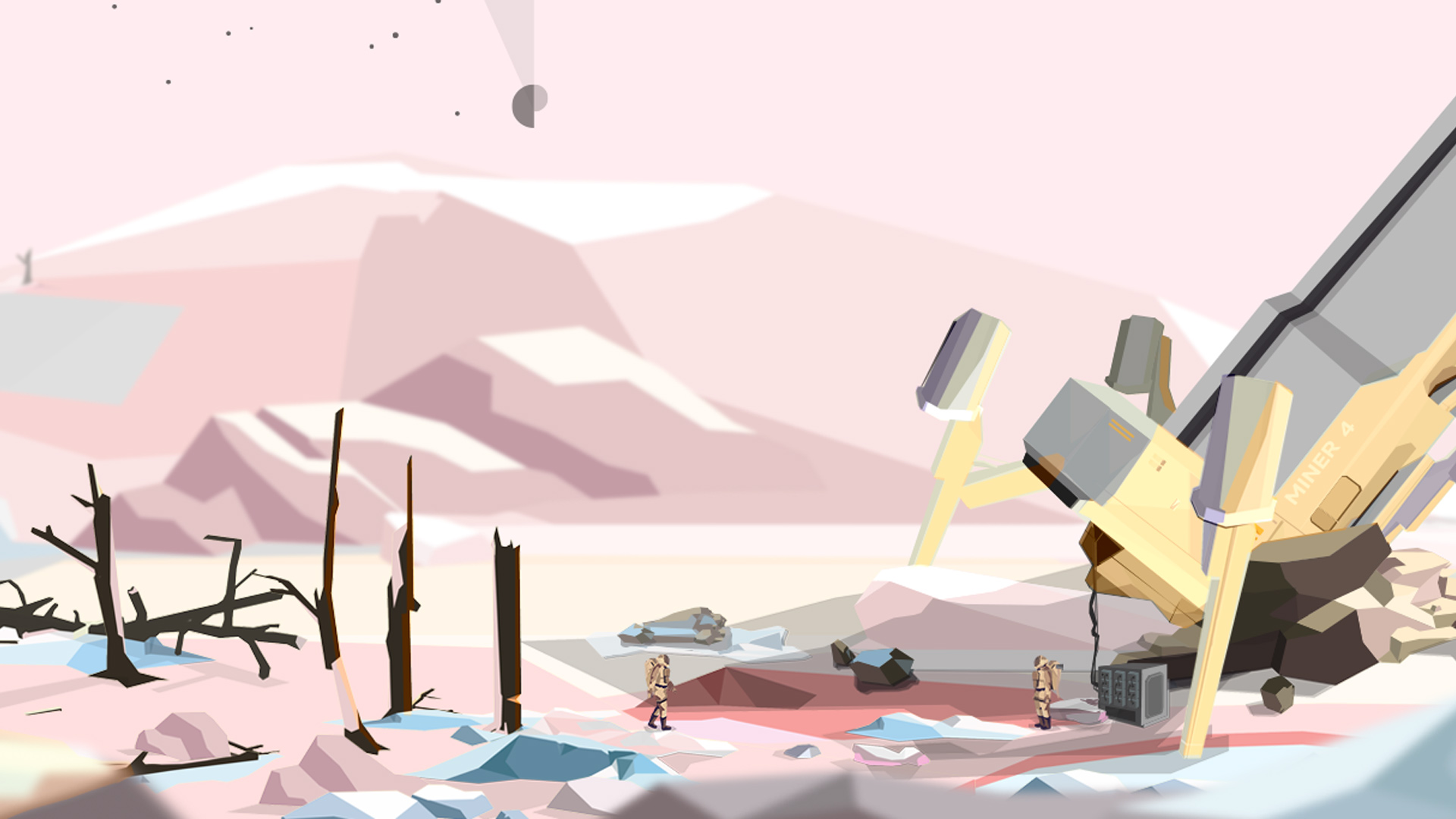 I actually really liked Symmetry, or at least the core concept of the game yet it's just completely broken. I can't imagine anyone else playing for a couple hours, getting into it and then the whole thing bugs out. I went there a couple times hoping it was perhaps just a onetime problem, but no. The environment was great, the controls worked well considering the platform and I liked the setup. It was a very neat game with a lot of potential, it just wasn't sent out at a proper state. I may be rather harsh on this, but it's so defeating to sit there for multiple hours for the game to make that a waste. They could fix things I suppose and I'd honestly say it would be worthwhile to try then, but for now stay away from the Xbox One version. Very disappointed.