Aperion Cyberstorm is a cooperative or competitive focused local multiplayer twin stick shooter. Work through a campaign with probably too much dialogue and stoppages thrown in or some other fun modes. In the campaign you blast through hordes of enemies across semi-open environments. Your goal is to move from area to area taking out opponents and progressing across the text based narrative. I did find that some of the prompts got unbearable and distracting while playing the story. There wasn't anything too crazy to the campaign as far as narrative or what's going, though it was fine to go through. The Aperion Cyberstorm campaign can be enjoyed with up to five players at once in coop or solo.

The multiplayer versus also allows five players, but this time has them attempt to eliminate each other. If you're without a local set of friends AI can be thrown in here as well. I was impressed by the quantity of modes for the versus as you can play in so many unqiue setups. There are highlights such as Salvage, Control or King to name a few. They're diverse often being position based, focused on eliminations or for controlling points. On top of this you can choose how players are split so it's very dynamic. Onslaught is horde based where players work together to battle against piles of enemies within a small arena. There's a lot of variety here and many maps to play on.

Aperion Cyberstorm is a very dark game with vibrant colors that pop up when lots of combat is going on. It's entirely twin stick with some special bonuses to unleash upon the many AI you battle. There are tons of enemies and its borderline bullet hell at times while still being fine to fly around through. With variety being a theme there are ship combination options to choose from. I didn't find the environments to be too creative since it was so dark, but there were some fine layouts within the area. 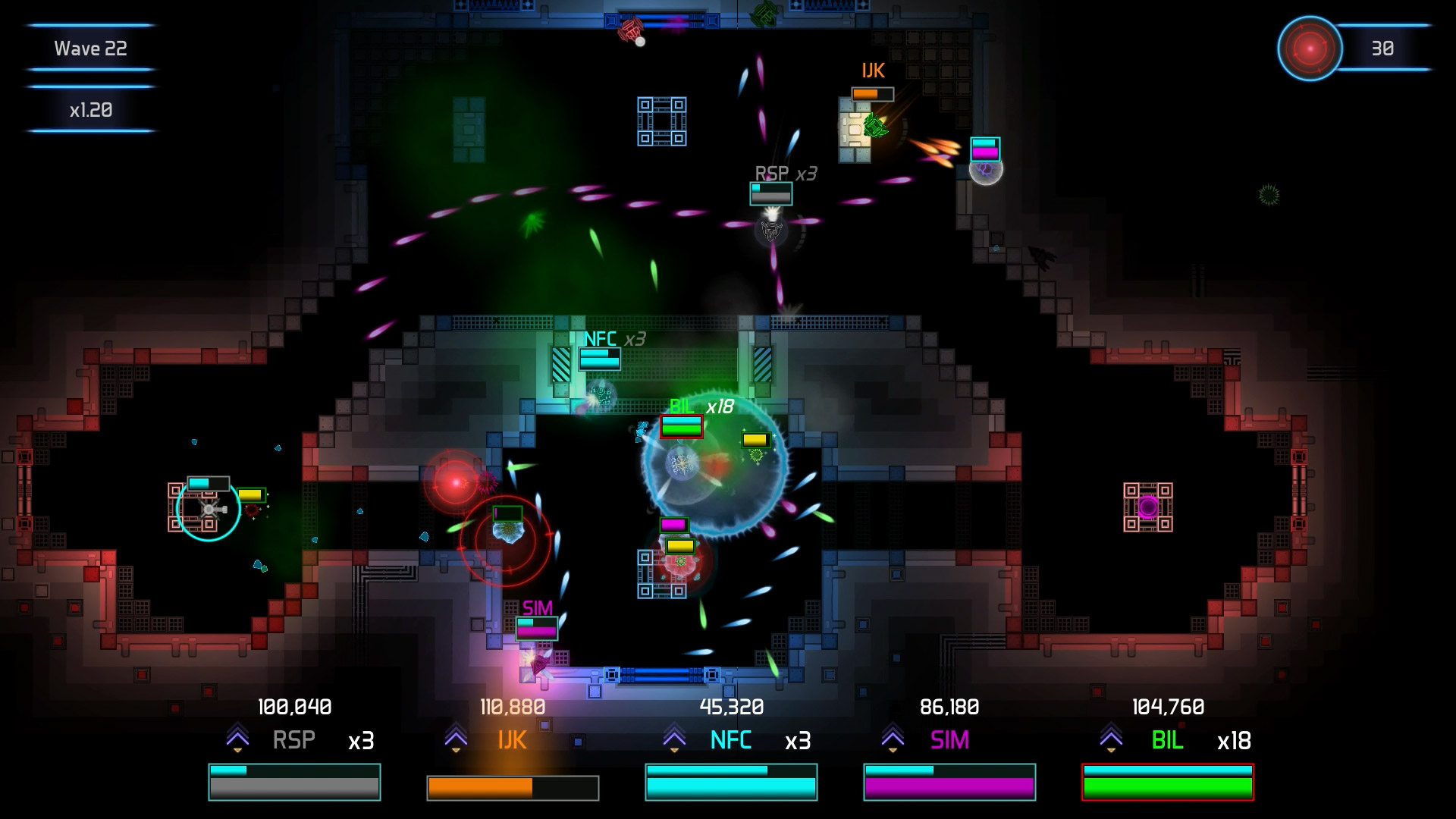 It's great that Aperion Cyberstorm offers such perfect options for larger groups whether that's in a cooperative or competitive setup. Work together or against one another in a variety of fun situations. The campaign is alright offering many levels of somewhat dynamic spaces to blast through. The versus is a wealth of content with so many modes to use in your battles and you can do so against AI if you're lonely. The Onslaught is some nice extra value with a pile of maps to play on. It all comes together to make Aperion Cyberstorm a very compelling package. This is true whether you're doing things solo or have some local friends to blast away tons of enemies.