Dynasty Warriors 9 is the latest game in this long running series of main entries and many spin-offs. The series makes the jump to an intense open world adventure as you battle waves of enemies across a number of distinct chapters. You're battling as a variety of characters depending on if you select them after completing chapters across ancient China. It's a wide open area that you're free to explore and aim for conquest. There's a strange transition from a too friendly tutorial and then straight into not quite being sure what you're doing. You conquer areas to increase influence and work on improving your character within the RPG set level system including regular skill points or equipment you collect/craft.

For the most part the main quest of Dynasty Warriors 9 was straight forward in each chapter and sadly you're never really too swayed to do any side activities. These tasks aren't really worth the time, but for the effort of making such a vast landscape I would have desired there to be more life to it or missions to get you going around within it. The narrative was fine being an exciting mix of cinematics, in-game cutscenes and combative dialogue. The battles were large in scale being epic displays of combat and helping to paint a better picture of what one would expect out of a siege or even minor skirmish. There's a lot of content within the main campaign, yet I still desired something else though I'm not sure what that might have been.

I was rather disappointed with the performance of the game experiencing a number of frame drops and some screen tearing while on base Playstation 4 hardware. The visuals were decent, yet not something I'd expect to cause so many issues with. The landscapes were very vast with an impressive draw distance though there were some issues of environmental aspects popping in while I was exploring. The battles were epic with an expansive scale and it was exciting to blast through the various groups in conflict.

The combat system was solid with a number of combo options to work with. The combat did however feel somewhat repetitive after eliminating thousands of enemy soldiers, but that's just expected in this type of game. The dynamics at play were also interesting whether that was within the core battles you were at or those on-going out in the overall world. There's a large map at play and many forces doing their own thing. The general landscape was however barren across open fields aside from the occasional critter. 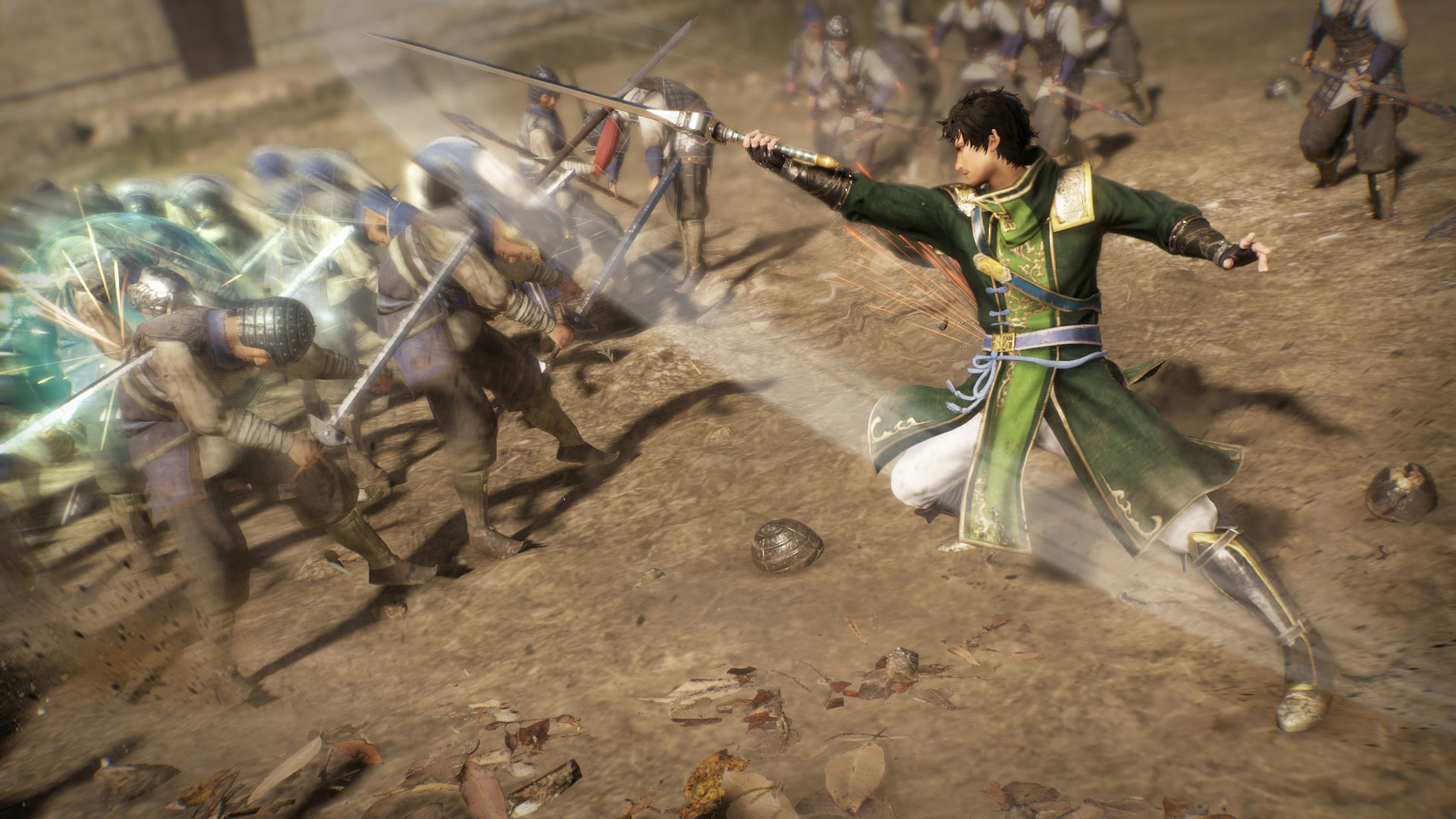 Dynasty Warriors 9 was perhaps too ambitious for this series providing a somewhat empty open world, yet still creating a vast landscape to wage war through. The narrative was interesting and delivered in a number of well designed ways. I did find the voice acting a tad off at times and very stiff as well. There were numerous performance issues that plagued my time on Playstation 4 though not too terrible. The combat was exciting taking place over massive fields with so many units and that was just wild.

You could burst through giant masses of enemies while working towards key positions. There was a nice sense of realism for how enemies would react once key areas were taken. There's a lot of content present in the game and many hours of hack n' slashing to enjoy. It's a solid step up for fans of the series and perhaps worth a look if you haven't played any of the games previously. Dynasty Warriors 9 does provide a bold step up with the open world, yet does somewhat fall short on the execution.