Warriors All-Stars is the greatest combination of Koei and its subsidiaries as so many characters come together under one title. After a particularly special spring ceases to flow due to the death of a king that controls it, the world is thrust into turmoil. The family and anyone that claims a bid towards the throne is at war and the remaining loyal family calls for heroes of all realms to come join the fold. Instead of having everyone end up in one spot, the heroes are scattered and you need to build the roster. By selecting a starter you go out into an open map and then choose your missions. There are set routes of how things progress based on the IP, but the path through the story is largely open.

There are main objectives to tackle though many side battles are present if you'd like to do those as well. There's certainly a lot of content present here if you're a fan of the Dynasty Warrior series since that's the general play style it follows. I was very surprised at just how large this roster was and despite not having too much of a knowledge for this series a number of characters were familiar. Be prepared to read quite a bit of text as most of the narrative is delivered in that fashion with some nice cinematic cutscenes thrown in as well.

In comparison to a number of the past titles I've played this one is actually a large improvement in terms of visuals. I found the world to look great with a varying set of environments and locations. The levels were all large in scale offering multiple routes to take within them. Objectives also provided a nice set of variety to them though at times I wasn't sure what I should be doing resulting in a loss for the battle. It does have checkpoints to counteract this and it was interesting to see so many characters interact. The combat like the gameplay felt fluid, there were many abilities to take use of and squad combinations. I did find the little cheer sections to be hilarious and upon playing it you'll know what I mean. The characters all work strangely well together no matter their backdrop and the combat had such a nice design because of how many unique combative styles were at play. It was also nice that there was a hub area to relax and do certain activities. 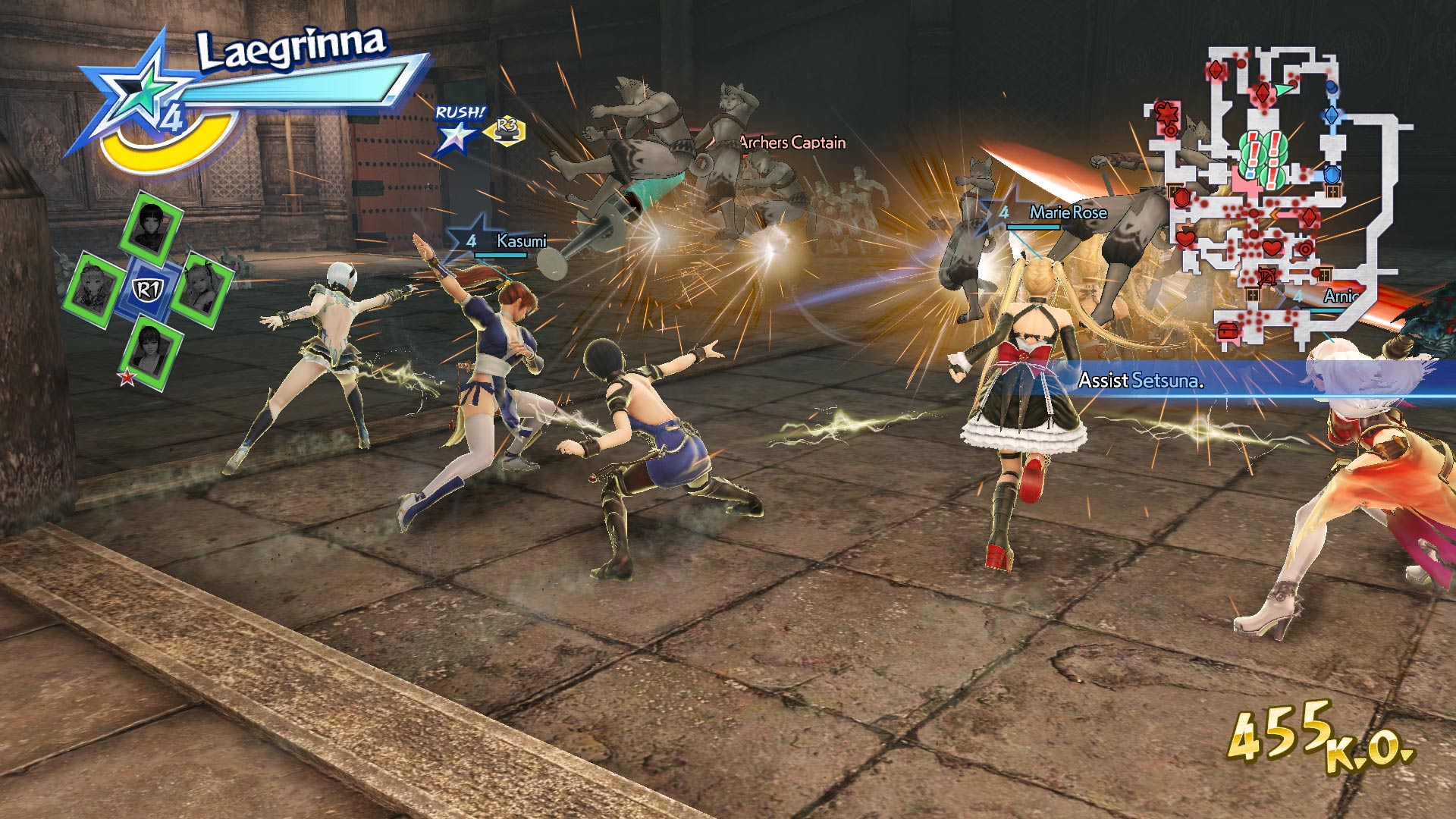 If you're a fan of the Warriors series then this is a fantastic evolution to that mixing a pile of characters from so many franchises. There's definitely going to be a couple you know and perhaps a few favorites even. The story is well developed providing a solid length and an element of choice in how you tackle it. It's very much your typical hack n' slash by the hundreds and the experience is fluid throughout it. Combat shines with an array of colors and combinations as you mix around your roster of heroes. The levels were well varied as were the many objectives you would tackle on the battlefields. There's definitely a strong package here and many hours of gameplay with the most of the best Koei heroes ever assembled.