Mercenary Kings: Reloaded Edition is a classic style cooperative platforming shooter. It's goes back to the bit days and provides a simple set of open levels to battle within. The story follows a group of soldiers that are elite and then sent in for a suicide mission. Things don't go well and they get enhanced beyond death, from there the team returns to the area of conflict once more. This time however death isn't too big of a problem and they're able to collect items from a group of agent comrades. This includes in-mission supply drops or buying supplies in the hub. While playing there are a number of core and side missions to take part in.

You're able to select which you'd like to do and then be sent in to engage in combat. A selection of these do repeat the same environments and in that regard it can be repetitive. Within each of those levels the enemies also respawn so it can get rather tiring to constantly battle the same opponents multiple times getting to the various objectives. Sometimes you're saving hostages, other times you need to eliminate particular targets and so forth. It is rather nice to do this in a pair and matchmaking is available.

The graphics style was distinct and well detailed, yet you did get many of the same elements multiple times. I was impressed by the various animations each of the AI had. The areas were impressively large, yet I still would have liked more variation. The environments were full of depth and some fun spots to hop upon. Aside from just taking out enemies there were resources to collect for crafting and that aspect had lots of content to it. You can get better armor, weapons and so forth between missions by using the various resources you collect. I did find that the game was rather difficult though you do get a number of lives to work with. It's also a much better experience when you're in a cooperative pairing. 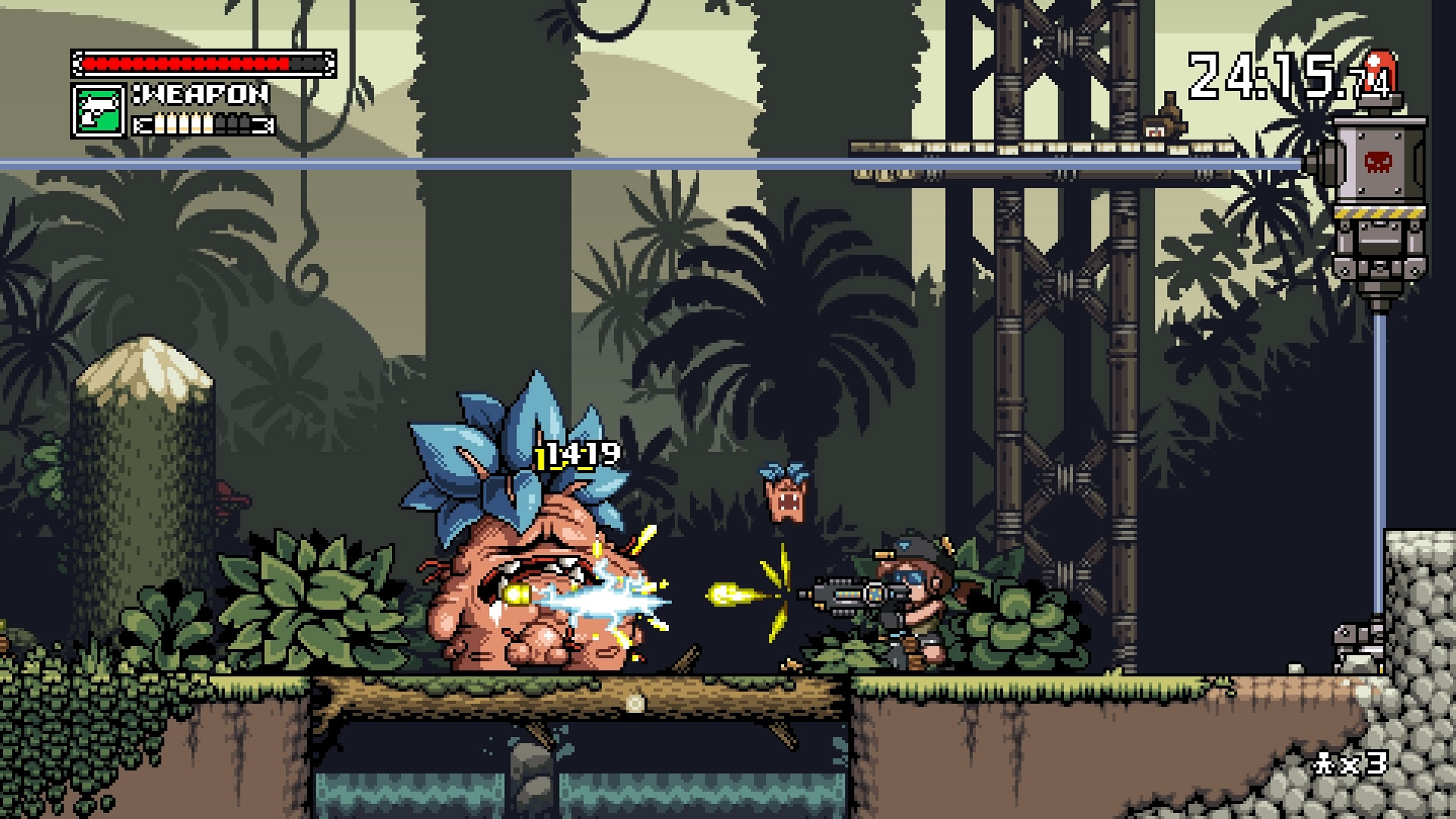 Mercenary Kings: Reloaded Edition does have some interesting aspects to it and performs well in a cooperative pairing. It does come across as relatively repetitive at times and I wasn't a fan of the enemies respawning. It almost came across as tiring to kill the same opponent multiple times per mission and play a number of missions that took place within the same area. There is a good selection of missions present that do offer variety, it was just tiring and somewhat difficult to work through. The animations were great, the combat could be fun with the wild characters and it was a rather distinct offering.