Pinstripe follows a man that's attempting to reclaim his child after a mysterious figure has taken them hostage. This has players working within a linear, yet open set of environments to complete puzzles. At first this seems odd, yet it makes sense the more you work through it. The puzzles weren't anything too difficult being fairly straight forward making a playthrough possibly quick. Even if you're having troubles it really comes down to just wandering around since there aren't too many side areas to venture off into. It's like an adventure game, yet shallow in depth.

For the most part the narrative focus was decent, it was slightly chilling though the antagonist was just there for minor taunts. It was rather weird how collectibles became a key part of progression at one point, I'm never a fan of that though it wasn't too bad here adding some extra gameplay value. The wacky characters were perhaps the best part and it's decent to work through. It also contains one of those wondering type stories where you're not sure what's truly going on.

The world was rather pleasing visually being a mix of spooky and yet colorful. Felt almost Burton-esque in style I suppose. The controls handled well as you hopped through areas chatting with folks and dealing with the simple puzzles. There wasn't really much combat to Pinstripe and it was mostly simple interactions with items or short mini games that made up the content. You can also come across collectible drops and even grab some side items if you collect enough drops. 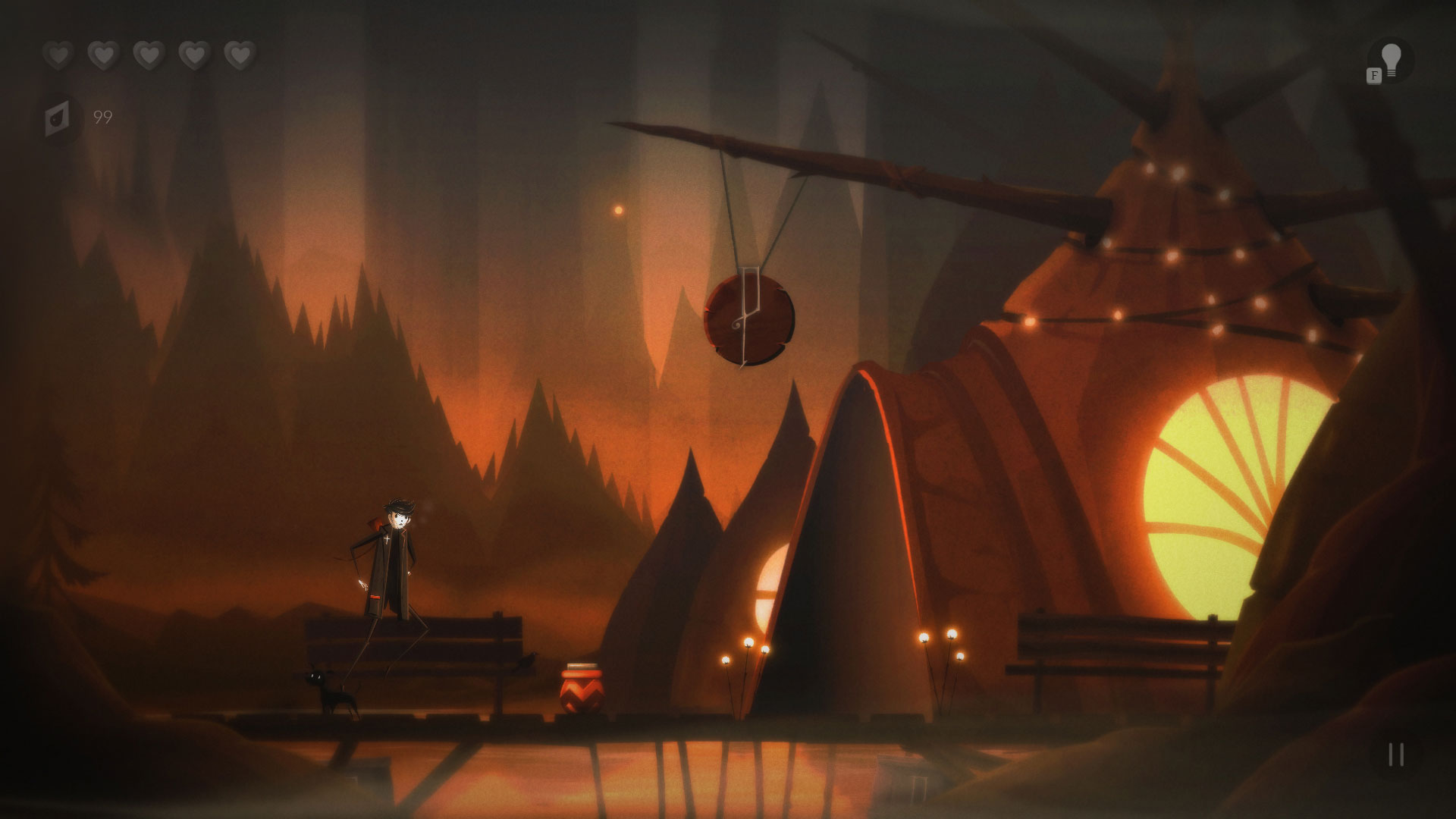 Pinstripe was an alright experience, it does feel rather short however. I didn't have too many issues completing the puzzles and I suppose only a couple might cause issues. The story was fine, it wasn't too crazy and while it did leave some wonder I just wasn't too captured by it. The atmosphere was well done, but perhaps there should have been a darker tone to really grab one's attention. The map layout was interesting yet also odd as it doesn't directly let players know if they can or should be backtracking. There really just wasn't enough to Pinstripe despite having some interesting concepts and a unique style of art presentation.