Marooners is a complete party game where players battle it out over a series of fast paced mini games. This can be done locally or online in any combination of up to six players. You're able to choose between a standard or chaotic option for your mini games tournament. The chaotic has players randomly popping up in various mini games with no rhythm which is honestly too sporadic to keep track of whereas standard let's you finish each game before jumping to the next. There's some decent variation within the games, yet honestly too few of them.

They're also very similar in nature often revolving around things falling or folks getting pushed off. Despite that the game is insanely fun to play with frantic action and competitive play. The bots are well tuned, yet the real joy is battling against others. When it comes to the bots you'll face competition, yet never feel as though they're cheating or too easy, that right balance. That's really all there is to Marooners, its fun though somewhat limited. Still, the option to play locally or online adds some well needed value there.

The visuals pop with color and I adore the unique costumes for the various characters. It's easy to pick out what character you're playing as even despite everyone being in one large pile. There are coins, gems and power-ups to collect. The goal of each level aside from surviving is to collect enough coins to win the overall tournament. The power-ups grant abilities that can assist in eliminating opponents such as bombs or punching gloves. Again, the visuals do pop and the graphic style is very friendly in look. 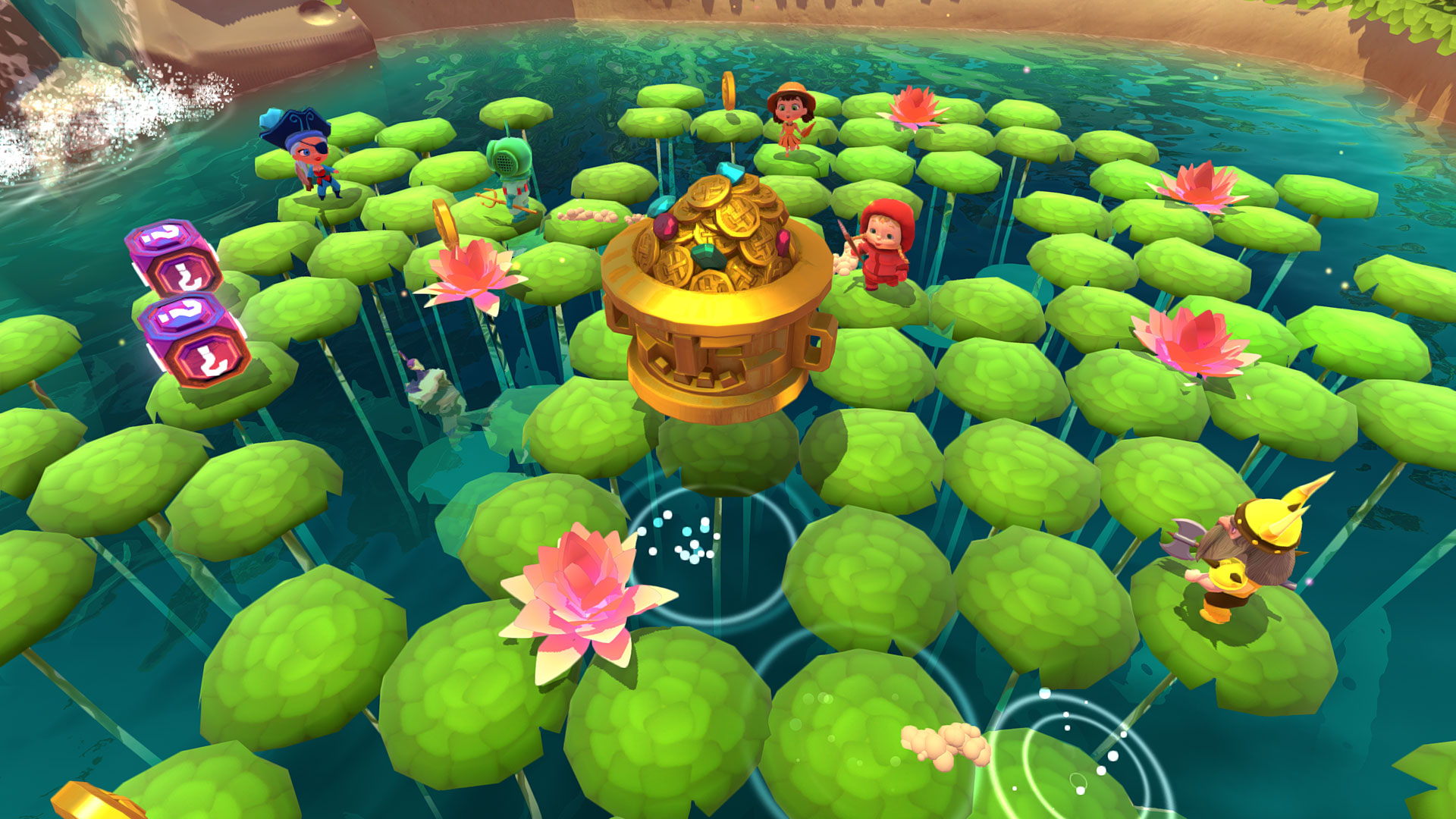 Marooners does a number of things right yet still feels limited in content. You can play it for a long time finding it just a blast, yet you'll start to see a sense of repetition coming in. The option to play online against others does help, yet for you local party players it works well there. The graphics are fun, it's definitely appropriate for any age group and purely chaotic fun. There's a decent amount of mini games with just enough variety to make Marooners work. I mostly really just wanted to see something else to it, it does well at what the key goals are but doesn't take it far enough to stand out entirely from the pack.