Innerspace is a game of beauty and grace as you float across these surreal inner landscapes. Despite this peaceful and relaxing experience the general pace of the game is incredibly boring. It lacks a cohesive flow of story or really any idea of what you're doing. It can be a calming time, but it's just frustrating to have no idea what you're doing or the point of it all. I stumbled across the first boss randomly not even knowing it and that aspect was rather glitchy in itself. From there the places you travel are expanded, yet I don't see any point or direction.

It's just a boring adventure of soaring around hoping to come across something that might randomly open up some new area. For the most part you're collecting relics to upgrade your craft yet even from there you need tons of random wind points. Other than that you're aimlessly going about and if you leave to a new area, upon arrival back everything you did is reset making progress feel pointless. Don't get me wrong, it's a charming world though the point of it seems rather non-existent.

Things flow well for the most part though I did have troubles getting to certain points or hitting chat rings. The ship doesn't have the tightest of controls and I would have to take multiple quick curves in order to get back into a spot from which I could hit my target. The tips from your submarine buddy are practically useless and in asking for help he'll just say the same phrase as just a regular general get you going chat. You're never really sure if you're doing anything that's helpful and you don't get the proper guidance to understand the point of anything. The world is strangely quiet, this type of game should have had something more exciting to support the lovely environments. Most of the areas were vibrant and exciting, yet almost empty in how they were presented. 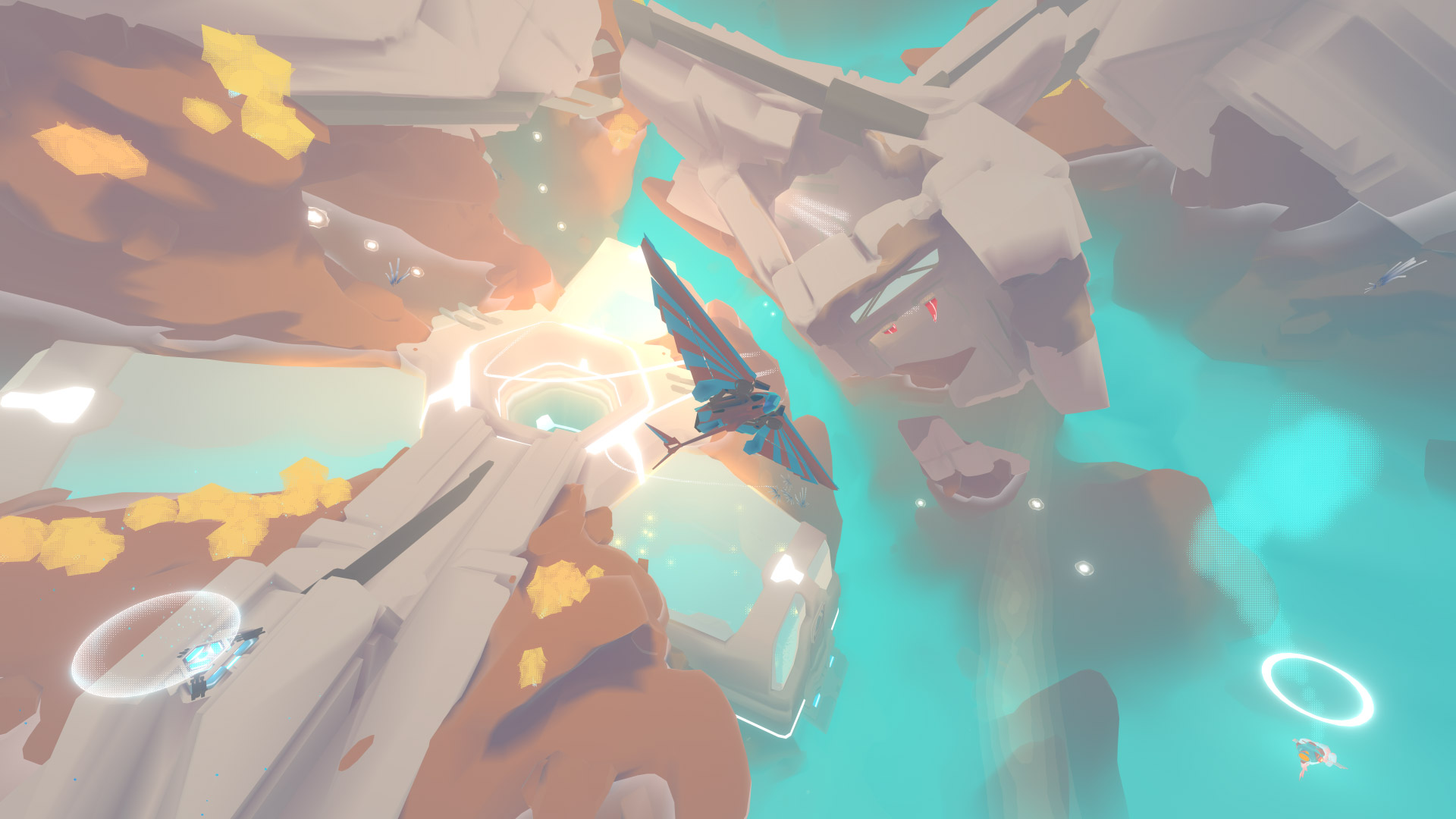 I really do enjoy more peaceful games though with Innerspace there just isn't enough of a point to it. There's no help to get you where you'd like to be and it's a pointless fly around randomly hoping something happens type of experience. The boss fights could have at least been more apparent as you would just sit there in wonder if you were actually in conflict with something. I like the idea of the game, it has its moments and while the first bit was well done once it opens up more you'll have no idea what's going on. Innerspace has some strong elements to it though the progression isn't integrated well and it just leaves you wondering what's going on in it.