The Escapists 2 brings all the intense action of the core game onto the Nintendo Switch whether you're docked at home escaping or out on the go. With the style of graphics it provides you're able to enjoy what feels like the complete visual experience anywhere. This is a sequel to the original game that was given many little bits of DLC and even an expansion or two. Things are no different here with the second entry except for a massive overhaul of core features for a better experience. There's also plenty of additional content to check out if you can't get enough. Things are much grander in scale now featuring multiple level prisons to escape from and some intense themes across a variety of locations.

The activities you do within those jails is also expanded upon with many aspects being mini games. This is followed by an open choice for exploration and escape as you work to get your way out of prison through any means necessary. Aside from straight up working through the main campaign area where you get keys to continue as they unlock new levels/prisons there are other aspects to the experience as well. The entire game can be enjoyed alone or with others online and even offline through splitscreen which is impressive. This is further supported by a competitive type of multiplayer where time is limited and players need to speed escape with many restrictions being lifted.

While the game retains its simplistic pixel based artwork the amount of detail within the world is incredible. There are so many smaller details such as with the animations or added depth in the various environmental aspects. It's really impressive actually to see such a large difference. The combat system has been reworked as has the crafting which is far less complex. These aspects make the entire experience smoother and it just plays better overall. Visually I didn't really notice and difference between it being docked or not and it performs well on either setups so no worries there. 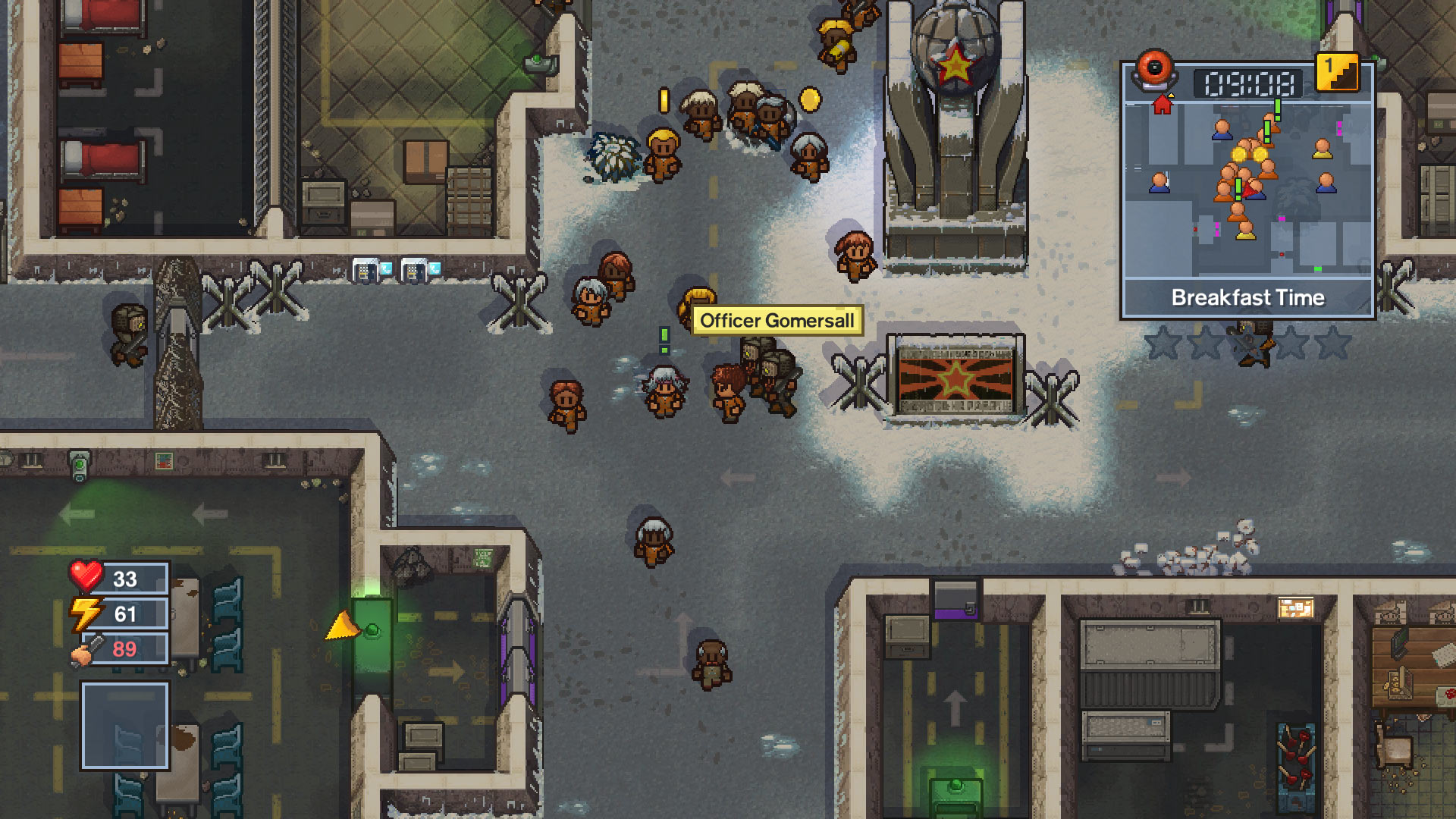 The Escapists 2 is an excellent sequel delivering on more of what fans want while also working to evolve the core experience. There are a ton of prisons to escape from and so many ways to go about doing so. The improved mechanics work perfectly to provide a simplified yet entirely expanded upon game. It's great to play it with others online or locally and that aspect is very easy to setup. There's well integrated matchmaking, the full set of campaign type levels to work through and some competitive multiplayer as well. The Escapists 2 is a solid package that expands upon the concepts of the original game in meaningful ways and it performs very well on the Nintendo Switch.

Read our The Escapists Review
View our Game Hubs