Are you ready to escape from a series of ever escalating jail type scenarios using almost any means necessary? No? Neither was I after playing hours of The Escapists, I was actually enjoying the inside far too much. I don't know if it was all the great side things you could do or that being locked up for so long was taking a hit on my will. At first I was just lol'ing at cats and pumping iron to get strong though I started to enjoy the other tasks that could be completed. It's not all about just breaking out of jail though that's the overall objective, the most compelling is the many mini missions or well requests that other inmates ask you to complete for coins and trust. Whether that be causing a ruckus at the usual morning roll call or taking someone out that a fellow friend doesn't like. These are just a quick two options for what you can be asked to do, but it's through this that I spent a lot of my time doing to collect a vast amount of wealth. You can also choose to work a job and do some mundane tasks during that time, work out to become stronger or spend time crafting an escape route. Obviously most people will want to escape in order to move onto the next and more difficult prisons with multiple ways to go around doing so. Of course traditional methods are here like digging or picking away at the walls. There are more advanced ways as well like creating fake keys by taking out guards and using the fairly awesome crafting system. This is the point where I had some major issues like the weird over detection that guards always had, along with the fact I could just end up in solitary without anyone actually showing up to cuff me. It's the aspect that after taking out all the on-guards present some magical force would take me away because they somehow traced the missing key card to me. It also was weird how they would just know I digging or chiselling my way out and covered it, yet still I would be caught. These minor issues wreck the interesting and quite in-depth system of escaping.

The pixel world is full of things you can do with some very in-depth systems to take advantage of. You can craft many things using supplies and how you get those items it also fascinating. Take out other inmates; run tasks for people and even thieve from someone's cell. That was a favorite of mine, then I would take a toothbrush against a wall to make a mighty shank against my foes. It was almost too thrilling taking out those guards using the method and then dressing as them to full the other guards. Things do change as you progress, but each jail upgrade just builds on one another with difficulty. 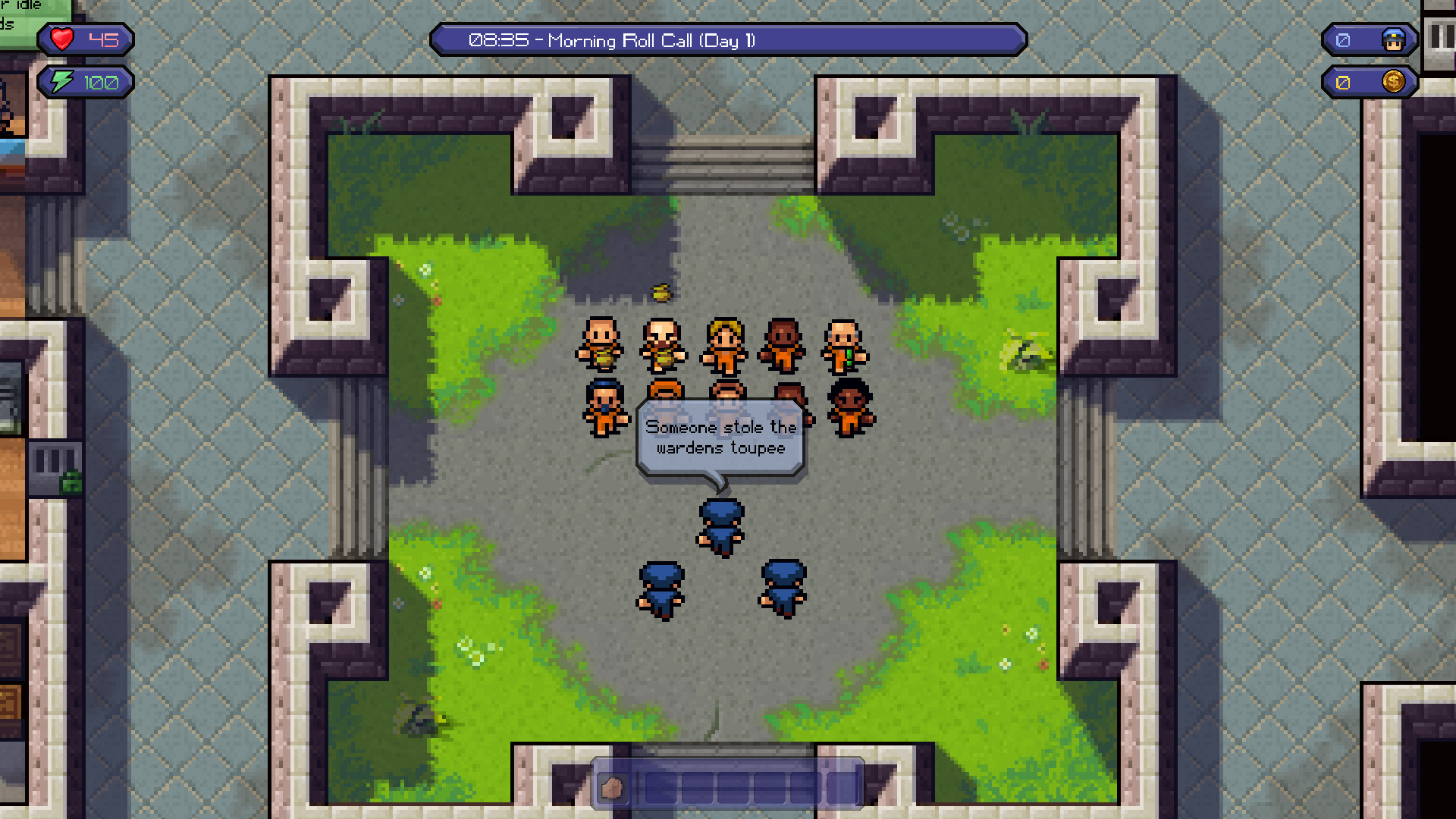 Prepare to escape prison with this really enjoyable experience that nothing else in the game space offers. I've always had some fascination with escaping jail and you strive to do whatever you can to hide. There's a great and deep amount of systems in terms of what you're allowed to do while being in prison. It's just how you want to go about doing this and that option is yours. This all works quite well, but those issues of getting caught create extra frustration and take away from the overall experience. Many will find The Escapists as a charming tale of pixel escape.

The Escapists Review on Xbox One
Review Code Provided by Team17