This is a really nice pack of games, these are very much classics and perhaps the start of the quick time event game genre. I originally played the first game back on Xbox 360 for Kinect awhile ago finding it just average there. Here, we're getting a beautifully restored collection of the series and it's wonderful. The games truly shine with the high resolution and the artwork upscales for a lovely effect. With this trilogy package there are three titles included. The original "Dragon's Lair", "Dragon's Lair II: Time Warp" and "Space Ace". The last game may seem like an odd addition, but since it's so similar to the others it makes perfect sense and feels natural here.

With the original versions of the games you also get their special or director cut versions offering a variation on the experience. This is matched with other settings such as lives or the on-screen indicators with a nice bit of customization. You can also enjoy classic trailers or behind the scenes for a really nice package. In Dragon's Lair players are a knight attempting to save the princess. This theme is continued in the second game, you essentially move through dangerous rooms inputting movements to progress while trying to stay alive. Space Ace is basically the same thing, yet in space with an annoying little kid. It's not too bad, and I can definitely see what they were going for with it.

I was really impressed with the visuals as the art is simply stunning on modern displays and it has never looked better. All those little details are so apparent and seeing it hold up so well is a special experience. The games did have some awkward input at times and that takes some getting used to for timing. There's a ton of content here across the three games and so many options for mixing it up. It's easy to switch between the games and just enjoy the titles in what feels like a modern setting. 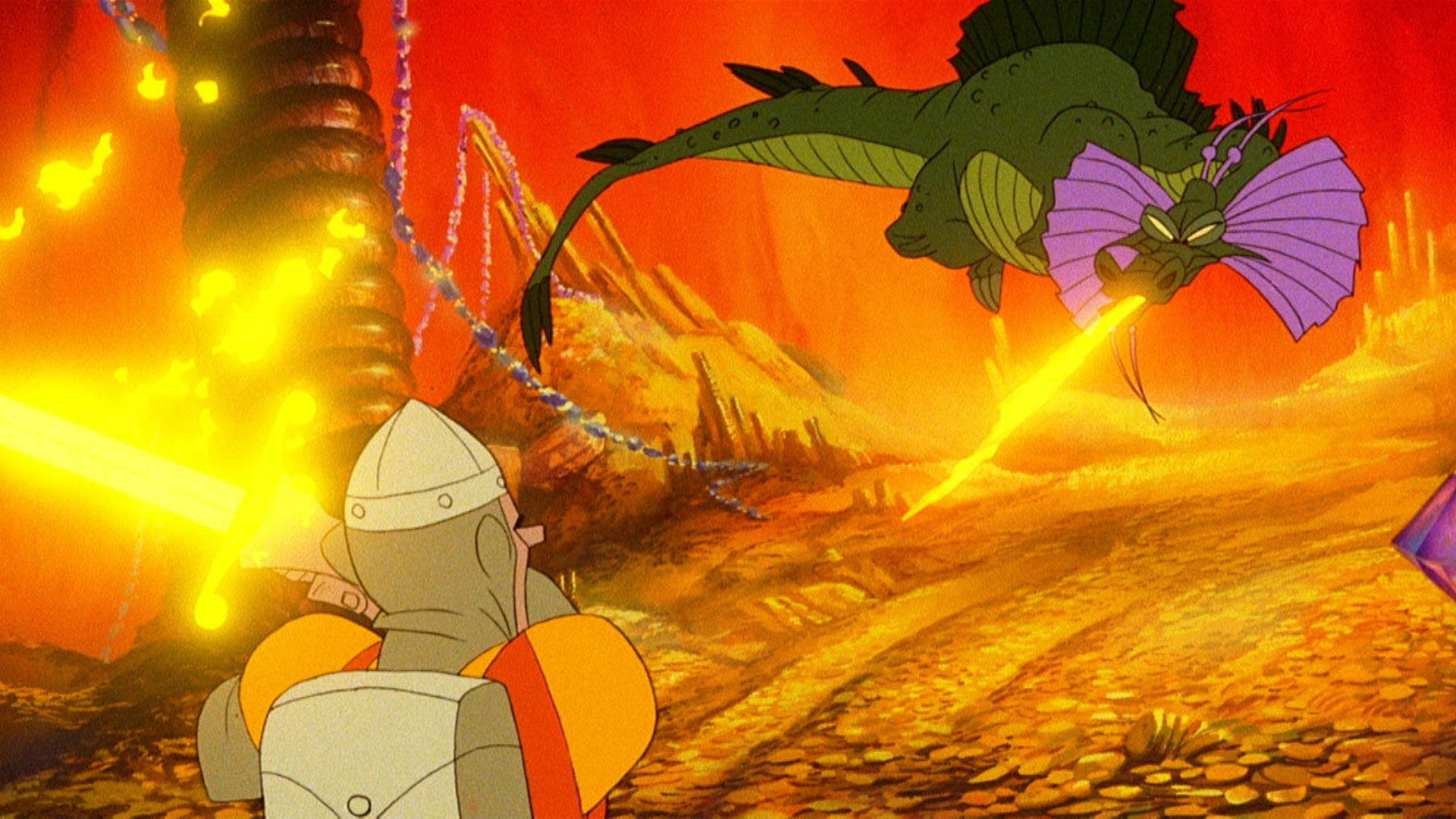 These hold up very well on the modern consoles and it was great to revisit the first game. I had never played the other two so that was a pleasant surprise. Both were quite entertaining and very much a stand out in their time. This Dragon's Lair Trilogy is truly a nice collection for originals fans and new players to experience it in a modern way. It's still very much that original game, but with options on how to experience it. The visuals are beautiful here and so many of the deep details really shine on the current displays, it's fantastic to see such an old game scale in such a perfect way. It's certainly a well put together package.