Paladin is a twin stick shooter where players are attempting to protect a series of cities. These cities are under a siege from alien invaders of constantly evolving shapes and you'll need to survive the various waves. While keeping yourself alive is great, those cities and their population numbers matter too and will directly tweak the arena. It doesn't necessarily have a set story, but the goal is to push and continue through all the waves. The difficulty continues to grow the further you get through it and some boss fights are also thrown in. It can be rather intense depending on the difficulty set, but a nice challenge and an enjoyable time. The bosses weren't terribly complex, but rather menacing and can certainly put up a fight. Between rounds you're able to purchase upgrades depending on cash that include improvements for your ship or the city.

Each ship within the game and there a number of them can be chosen for separate battles adding some extra gameplay. The goal is to get a leaderboard position if that's your thing, but you can just roll through it and have a twin stick blast. There are also replays available if you want to see certain moments and this is matched by a sleek presentation. The graphics are sharp featuring some really creative yet simple enemies to blast from the sky. The play area is claustrophobic and that works for the style as you attempt to keep these cities going. I want to give a good mention to the audio as the track is bumping and really helps you keep engaged in the game. 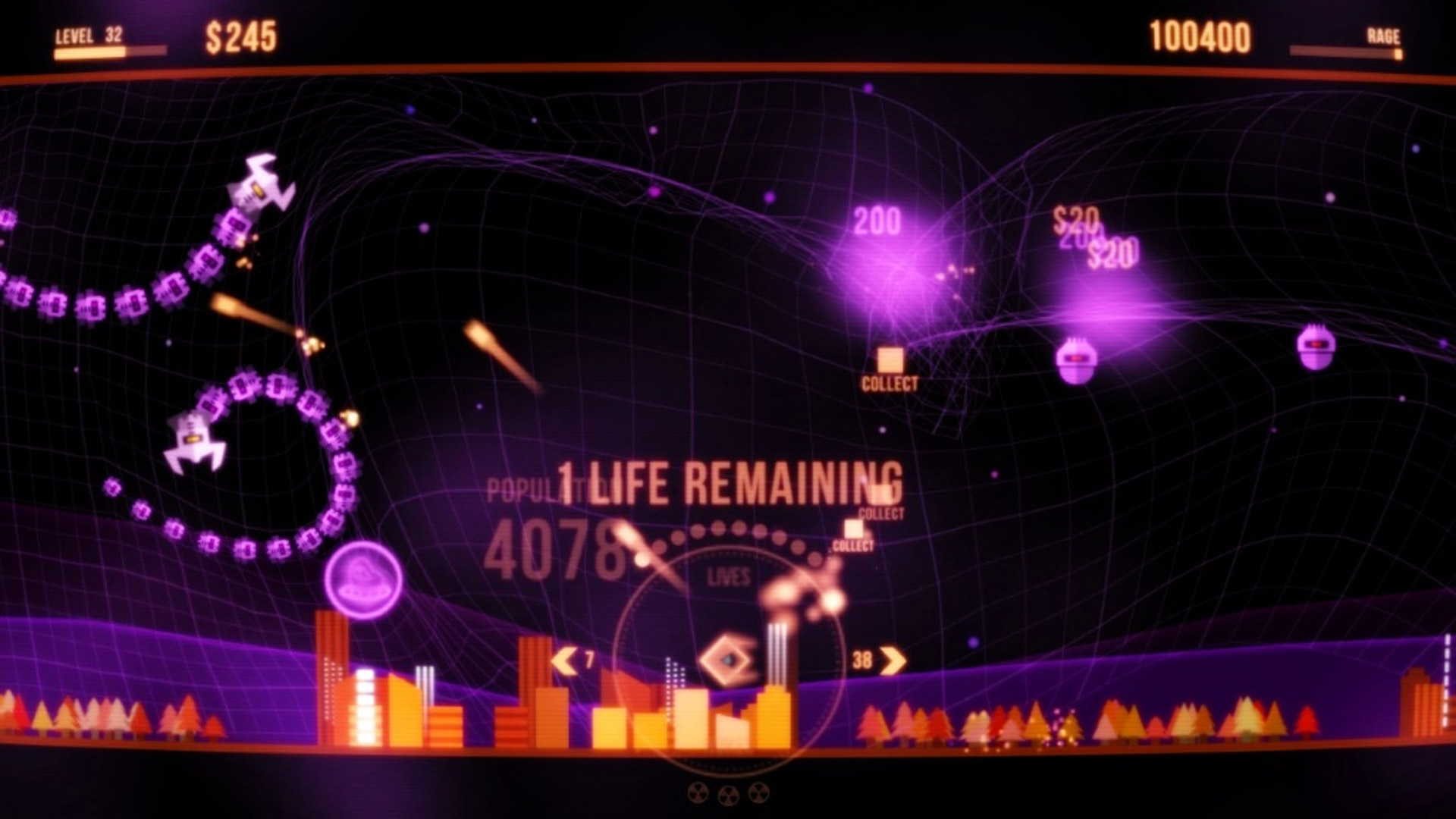 Paladin is a fine little twin stick and it provides a surprising amount of content despite the simple premise. You can just sit there blasting away enemies while trying to find the right balance to protect your cities. It's small, yet really colorful and it feels authentic to a battle simulation. I did find it somewhat weird on Xbox One X that the game only took the middle of the screen leaving a black box around the edges. Not really an issue, but it would have been nice to take advantage of all the screen space. It runs well, provides a decent challenge and the music really puts it altogether for a nice package. It might have been nice to see some additional modes present, but there's enough time just working through the many waves.