Assault Android Cactus is a twin stick shooter that presents a nice selection of content. Playing as one of nine vibrant android heroines your aim is to battle across the Genki Star space freighter in order to take control. Along the way are a series of levels containing a pile of crazed robots and some intense boss battles. You're never really locked by progression just needing to knock out the boss for the most part and I liked that sense of freedom in the story. It was however somewhat light on narrative despite setting up some interesting potential during the opening cutscene. Aside from rocking the main campaign you can also enjoy Boss Rush where you just straight up battle the big enemies or perhaps Infinity Drive to fend off frenzied waves. There's a good amount of content here and it all comes together for a solid package.

Assault Android Cactus is a rather lovely looking game and on the Xbox One X it shines at a native 4k 60fps for some extra colorful gameplay. Controlling the character is simple since it's a twin stick and you just move around blasting enemies. It's however much more complicated here since you're constantly battling a battery drain. You have to keep fighting to get your battery levels up or you'll fail out. This brought a nice sense of pressure, but did make me desire some checkpoints during boss fights. You do get some nice power-ups to assist in combat and those do greatly change pacing or well general combat. It flows well, looks great and it's nice to have a large selection of robots since each can be better in certain situations. Each has special weapons and it's neat to try out different types for their various weapons. 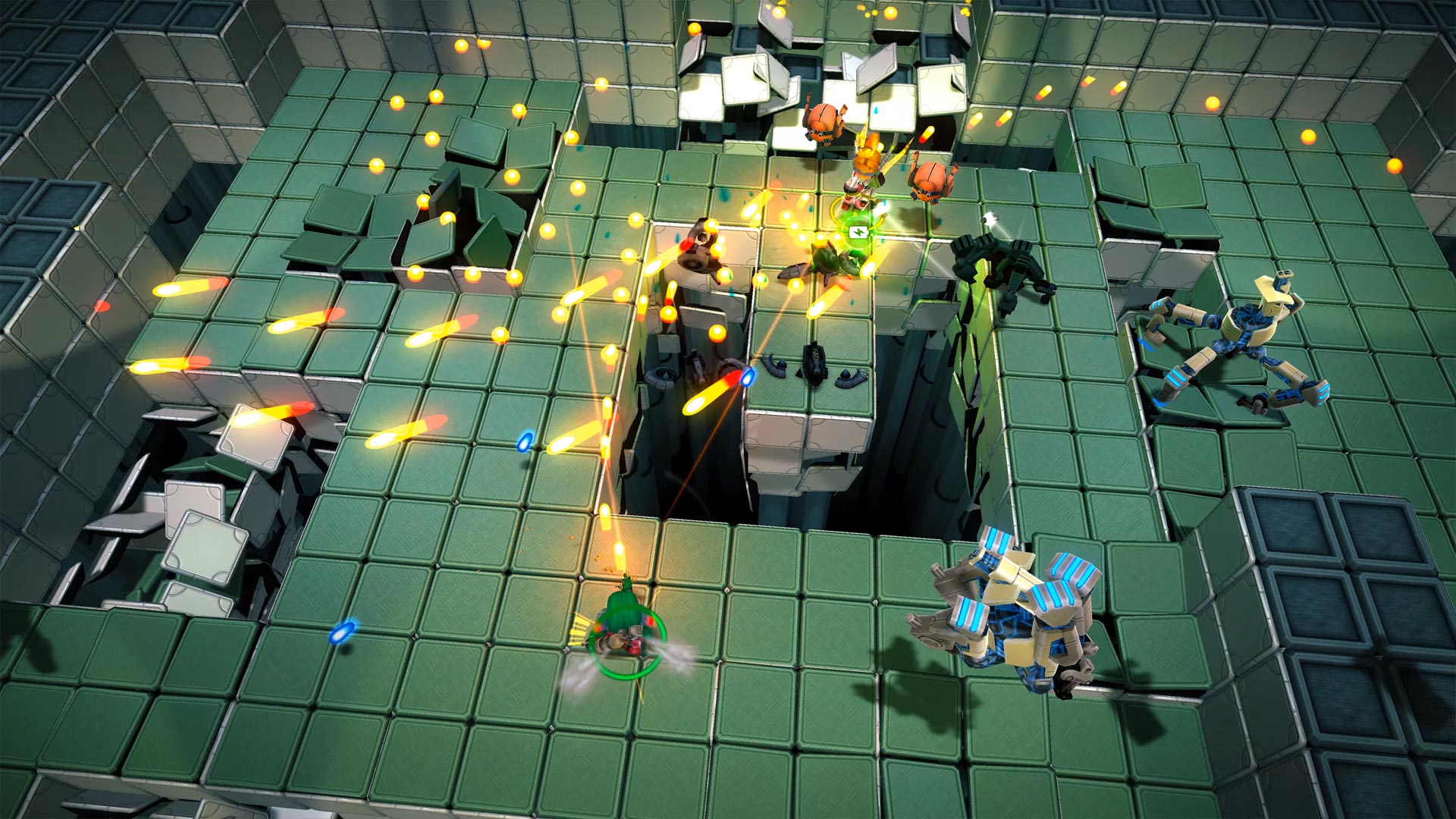 There's certainly some charm to Assault Android Cactus and it packs a decent amount of content. The gameplay feels great and looks even better on the improved console. The story provides a solid challenge as you blast enemies and deal with the hardcore bosses that are in the way. There's more to it than just that as well with some side modes to work through. I would have liked to see more of a narrative element to it all since they set that up so well at the start. Still, very enjoyed and a great twin stick shooter.

Read our Let Them Come Review
View our Game Hubs