Let Them Come is a straight up turret shooter as you stand behind poorly combined cover and attempt to prevent the alien swarm from spilling past your rank. It's actually an interesting concept though one that's definitely simple in design. Despite being this last stand sort of game without any movement, there's a fair bit of depth to it. With each battle you collect coins, grab power-ups and become a better soldier by purchasing add-ons. These come in the form of more powerful bullets, melee options and even consumables such as grenades. It's an interesting balance of trying to get better gear, but not creating a grind scenario where you can't beat a wave due to a loss of resources. I felt this during a boss situation, but regardless it was a blast to push forward. There are a number of slightly different areas to move through and it all captures what I'd consider to be a very Aliens inspired world very well.

Combat is straight forward though honestly a tad awkward on the controller. It works fine, but I can't help but feel that slight layout adjustments would have been better. The graphics are presented in a pixel style that while very non-complex, help capture the Alien aesthetic strangely well. It's quite something to see those slimy bits cover the walls or the various bursts of death to really make the bullet fire pop with color. There's a nice and lengthy selection of items to use while blasting away enemies and it was great to see so much depth in that regard. I still felt that regular gameplay was shallow and a pace of just presenting the inevitable. This was a cycle of pushing your limits so you could grab better items and I do get the point of it. 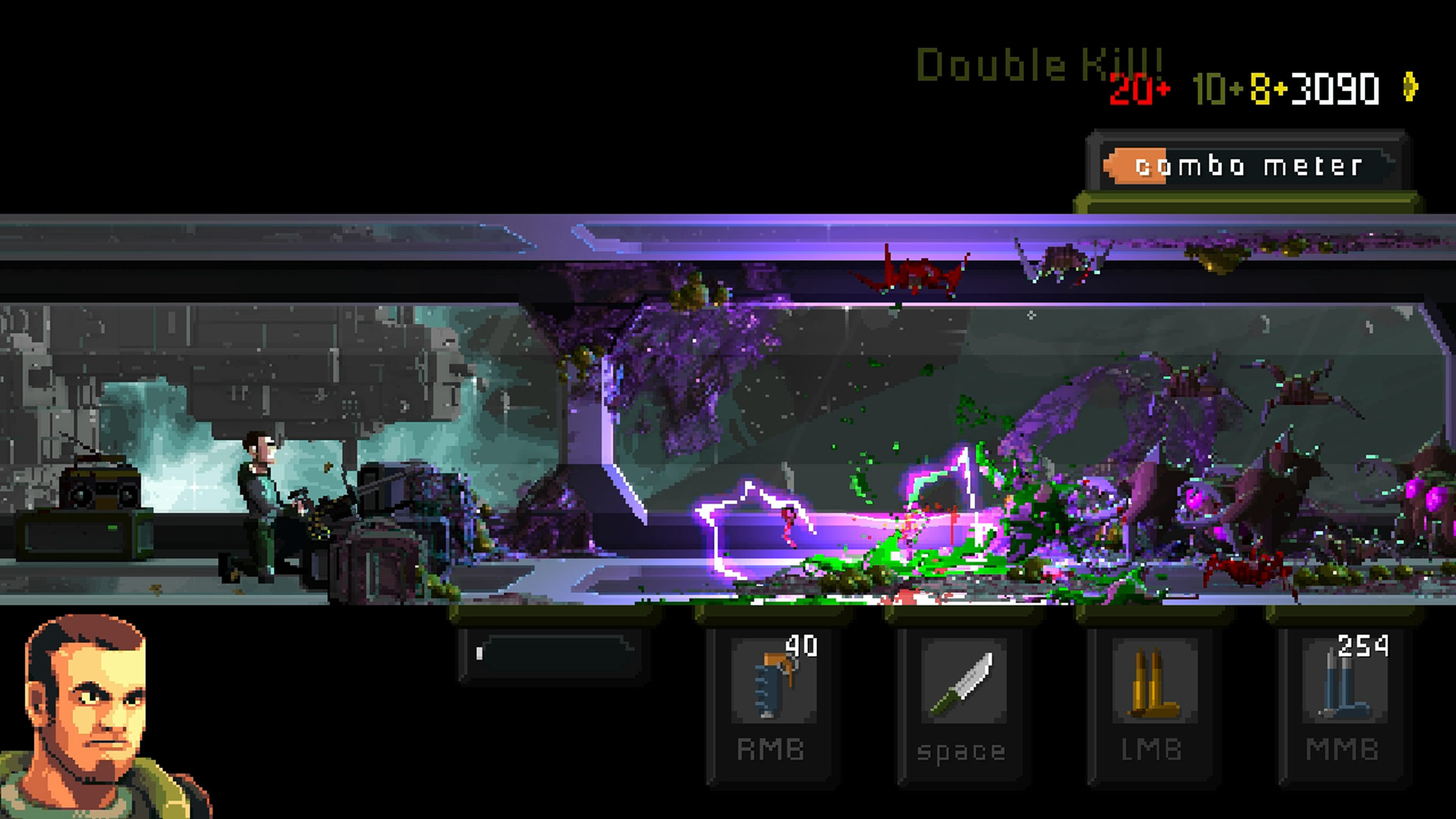 Let Them Come was a fine title and one that stuck out from the many other indie games I've played. It's a simple concept, but one that works and just makes you want to keep on firing. It's a long hallway and there ever so many various aliens to squish as you attempt to push forward. There's a good selection of items to unlock and work towards though regular play can seem repetitive. I loved the rush of being on the edge of getting overrun and then just slightly making it was thrilling. It's definitely a very specific sort of survival game that I could see being very appealing to some. The presentation is nice with solid gameplay, the pixel environments are lovely and it's got some solid variety.