Rapala Fishing: Pro Series is an alright fishing game, it doesn't excel but gets the job done for the most part. You're able to move through a campaign, take part in tournaments or just free fish. The goal is to catch fish with some minor objectives for catching certain types. There's daily fishing challenges and some generally alright competitions. The content is certainly there if it's something you enjoy, but with the nature of the title it can be repetitive. I caught some fish, had a decent time doing so. There are many options for items to purchase whether that's with bait or customization and that's nice.

The world is ugly, it's incredibly basic and looks considerably aged. The line system is decent, yet simple and catching the fish is a fun little mini game that makes complete sense in comparison to actual fishing. You use a monitor device to find fish, cast your line and get right in there. You need to coax the fish in and then aggressively pull them in by keeping the fish centered. That's about all there is to it, the water based areas look decent and really great in comparison to the upper world. 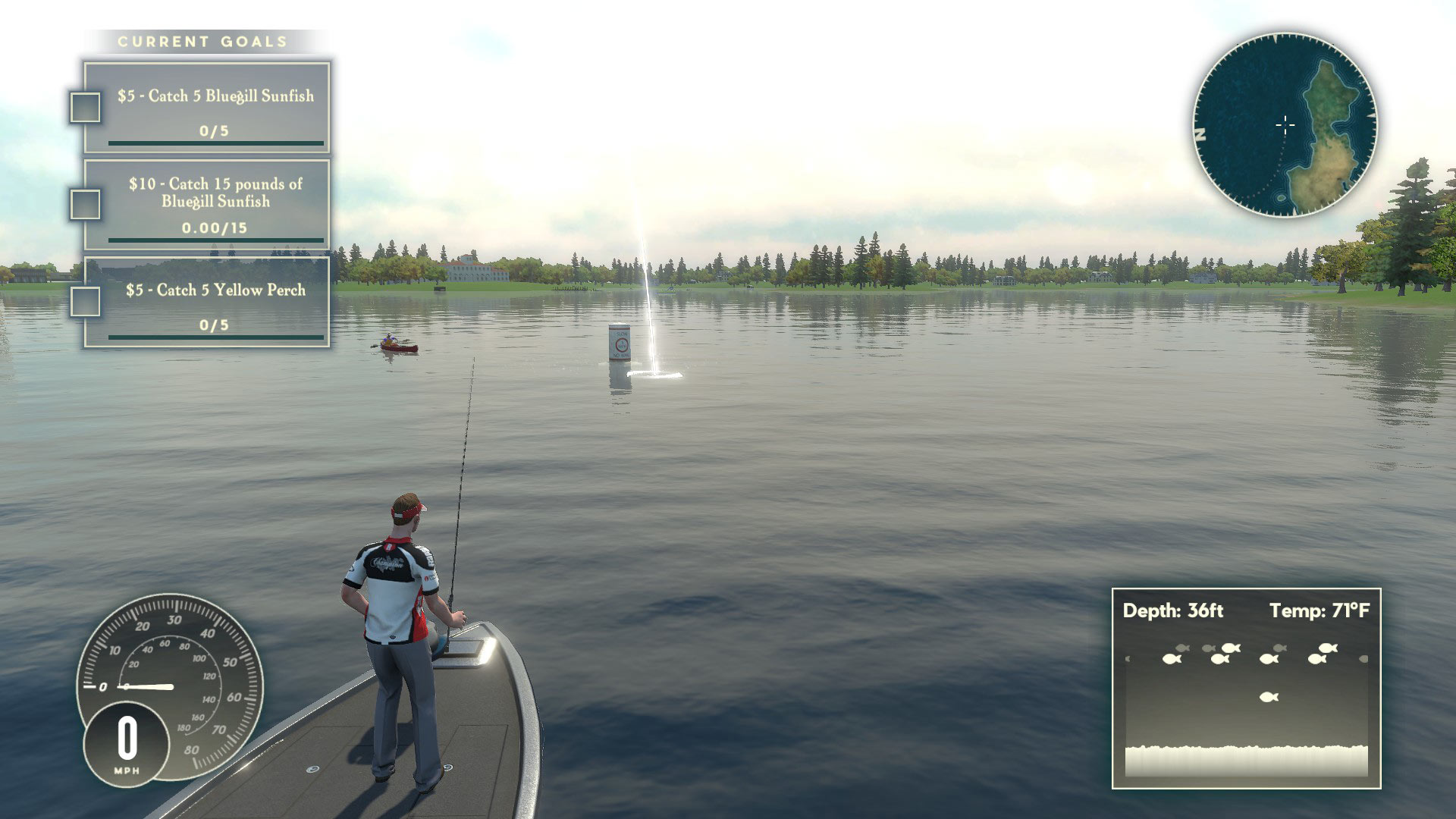 Rapala Fishing: Pro Series can be a fine fishing game, there's a fair selection of items to unlock and it does have some nice engagement for when you're collecting the slippery critters. The visuals are ugly on the surface, but the water and everything below it is fine. I liked how the setup went for collecting fish and it felt right. The campaign and other options for playing the game were decent. It's just a really alright attempt at a fishing game.