Super Lucky's Tale is an adorable platformer that follows Lucky, a fox that takes on the evil Kitty Litter. This Litter is a crew of cats that each have their own distinct quirk and world to watch after. This has him working through a series of levels and differing worlds in order to defeat them all. The game isn't too long and instead extends time by requiring the collection of clovers. These clovers are given through the completion of levels, finding secrets and gathering collectibles. There are also some extra mini puzzle levels to work through, but you'll still have a lot of replay in order to find clovers to even pass the third world.

It's disappointing and somewhat leans towards showcasing the game's limited gameplay value. It's more frustrating to be locked out of a game due to collecting than it is to play a short game and search for extras after. The levels are quick though well developed offering a constantly unique challenge. The worlds offer varying terrains, designs and creatures to run into. These come in the form of NPCs that are friendly or with the Litter offering a friendly taunt. Each level often has some sort of puzzle completion or escape aspect that lead toward collecting a last clover at the end. At the end of every few levels is a boss fight and these areas require collected clovers to continue.

The game looks great on Xbox One X taking full advantage of native 4k and this helps the cartoon style shine. It all runs very well and smooth as is expected with some solid platforming. The game is incredibly simple so all ages can play it though I found it to be rather basic when working through it. It's got a nice cute and adorable style as Lucky works through the worlds so don't expect anything too dark here. Levels vary in length though are often fast paced with a 3D style, 2D design or some small special mix-up angle. The combat isn't intense and most areas are very easy to work through as multiple lives are present. Some of the secrets provide extra difficulty and will take some better platforming skills to perform. 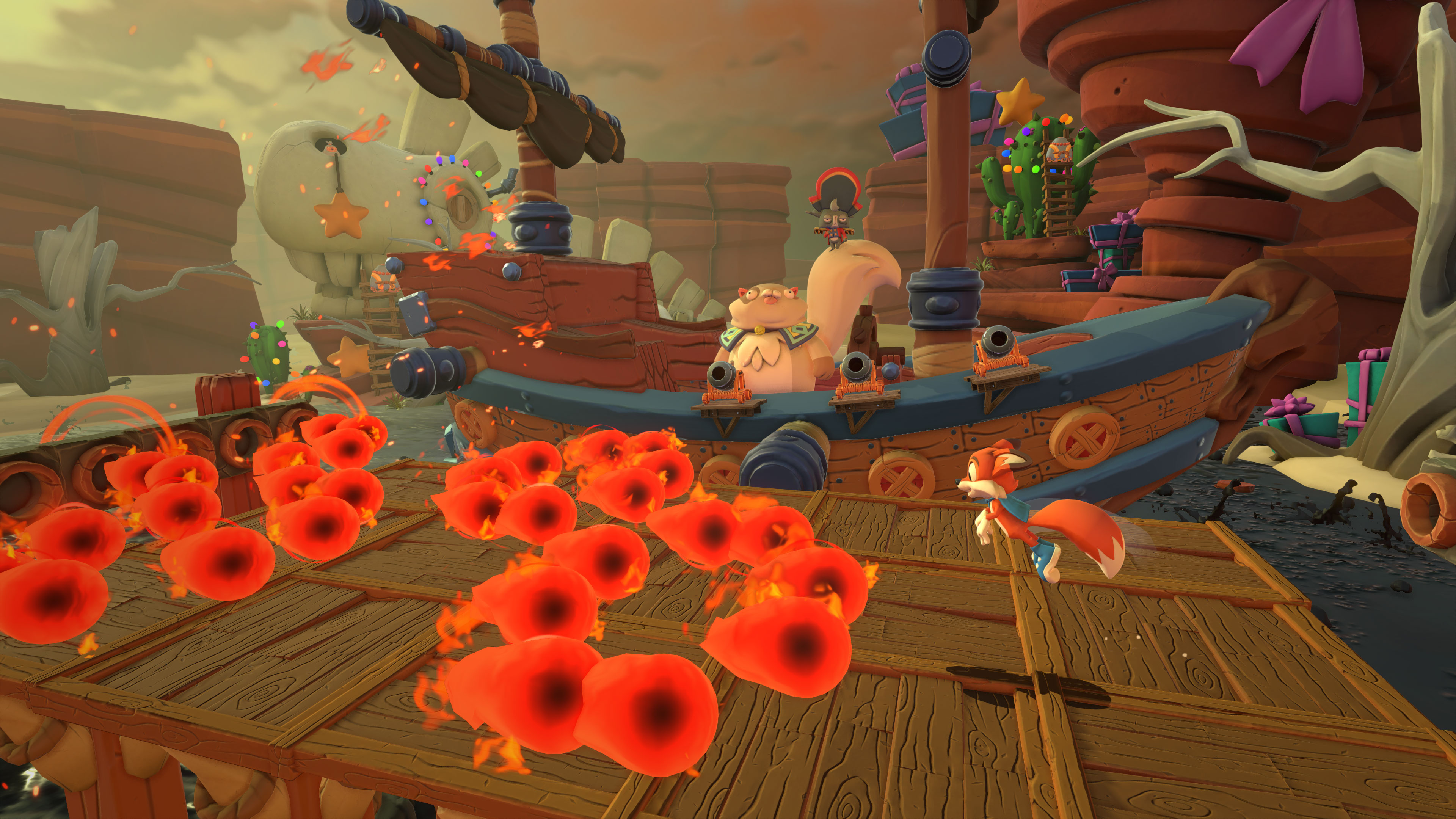 There's definitely some potential in Super Lucky's Tale but the content here is limited and locked behind a forced search for hidden secrets. I find that to be a terrible way to block progression and it somewhat makes the game feel light in actual gameplay. The story was fine, the younger audience will really enjoy the game though the older audience might get bored or not feel as if there's enough of a challenge. It does get slightly more difficult as you progress, but generally gameplay and the small amount of present puzzles aren't hard to complete. Super Lucky's Tale was a fine game though nothing too revolutionary and just an alright platformer.