Ben 10 is an alright game, there's nothing terribly complex to it and for the most part it gets things right. The quality and quantity of aliens this kid can turn into was great. It was just purely underutilized since the game is so short. I beat the entire thing in just over an hour and while I was speed running it, there's not much here. It does carry some decent cinematics, quality worlds and some enemies. There are also bosses to take on, but they're all so simplistic as is everything in the game.

It lacks substance being a true title for the younger audience and really no one else. I had fun at times, but I could feel the repetitive nature early on and with only minor changes the short time with it felt almost like a grind. The worlds are large, yet just fast paced fight rooms where you go from area to area brawling. These small battles occasionally have some challenges, but they're all the same. If you're looking for more, some simple collectibles are present though that's as far as the game goes.

The visuals do really pop here, they've selected a nice bright palette and it works well. The aliens are all unique with fresh abilities, yet just not present early enough for much use. I just leveled the fire guy and ran through with that character the entire time. The narrative was presented well with the cartoon look and that's echoed across the entire thing. The controls are simple as you just mash enemies or click a prompted button for a second. It essentially comes down to just ground pounding for the best damage. 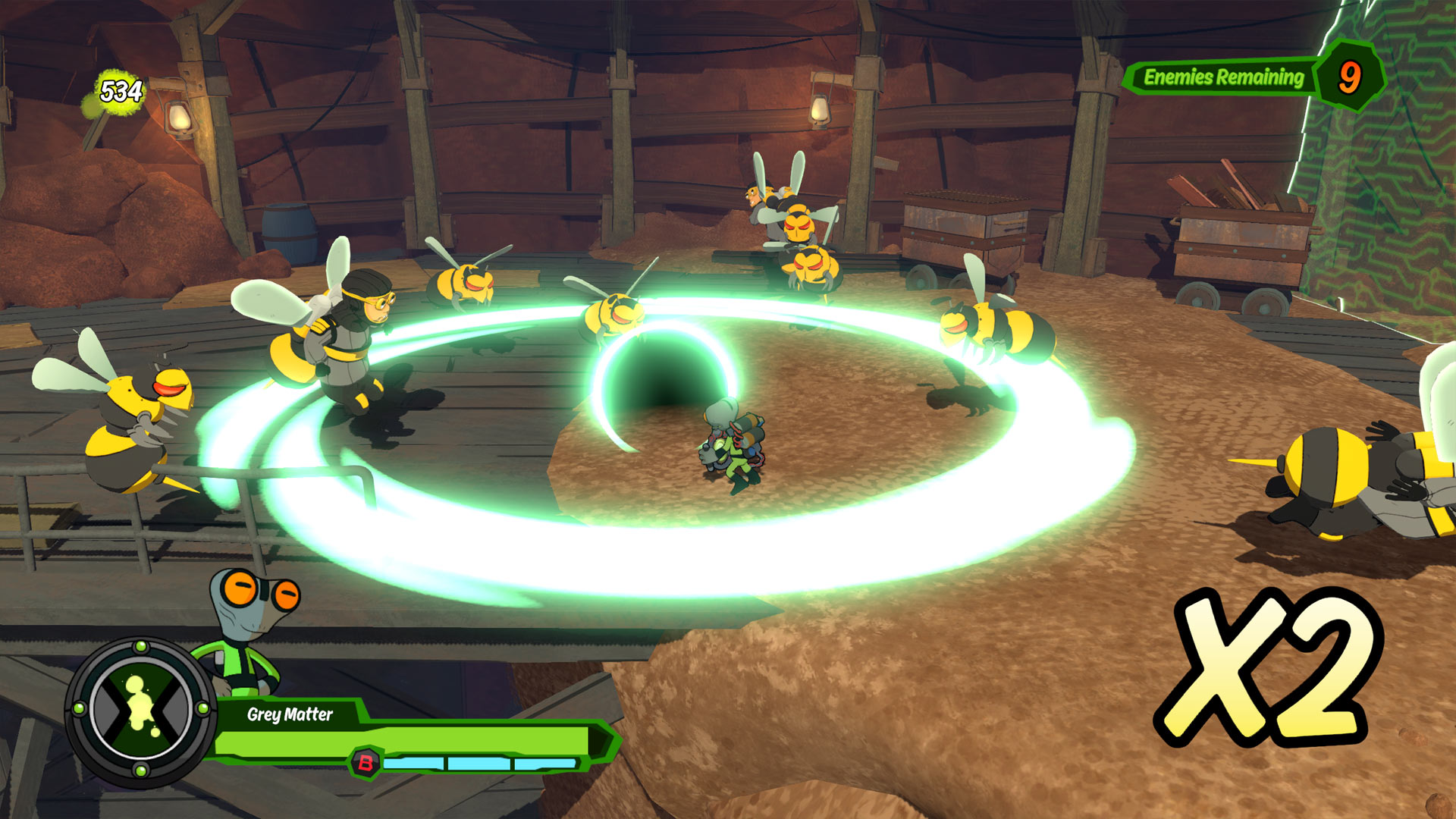 The odd thing about Ben 10 is that it's a fine game, it runs well and it has a bright world to brawl within. It just lacks any sort of unique character or really time to it. It's far too short and full of interesting ideas that don't get enough time to shine. The story could have been better developed and the boss fights should have been more engaging. This makes the entire thing just focused on bashing enemies for a short bit and then swapping to a weaker alien in order to progress. They have a good base here if they wanted to expand upon it as the potential for a decent experience is there. I'm not too familiar with the character, but fans will enjoy playing it and really just want more out of it.