Oh My Godheads is a frenzied local multiplayer game where you can battle your friends or the AI. This leads to a disappointment of not having an online option, but I suppose that's not the point of the game. Within it you get four multiplayer modes to play and a trials area. The trials are a silly side thing with a small selection where you're trying to get medal placements based on performance, it's not worth checking out. The other modes can however be an absolute blast and are fun to play.

We have Capture the Head, King of the Head, Deathmatch and Elimination. In Capture the Head you're attempting to score the head after grabbing it, once you've got it you'll need to drop it in a goal. King of the Head is about holding the godly head long enough to score a point, it can take quite awhile. The Deathmatch allows free for all or small teams since games are of four players. Elimination is similar, but it's round based and you get a single life per round. This is all presented across a series of well designed levels and there's an alright selection of them available.

I liked the visuals in Oh My Godheads, it brings a geometric soft art and that works well for the crazy combat. The selection of characters is fun from a skeleton, to a penguin and some regular folks too. You can adjust settings prior to starting the game for whatever type of battle you want and throw in some decent AI opponents to take on. The controls are stream lined as you mostly slash, jump or dodge around attempting to complete the objectives. Power-ups are present as well slightly tweaking combative situations. I did enjoy the visuals, it looked great and it felt solid to control. It just seems to really lack overall content and the games are light to play. 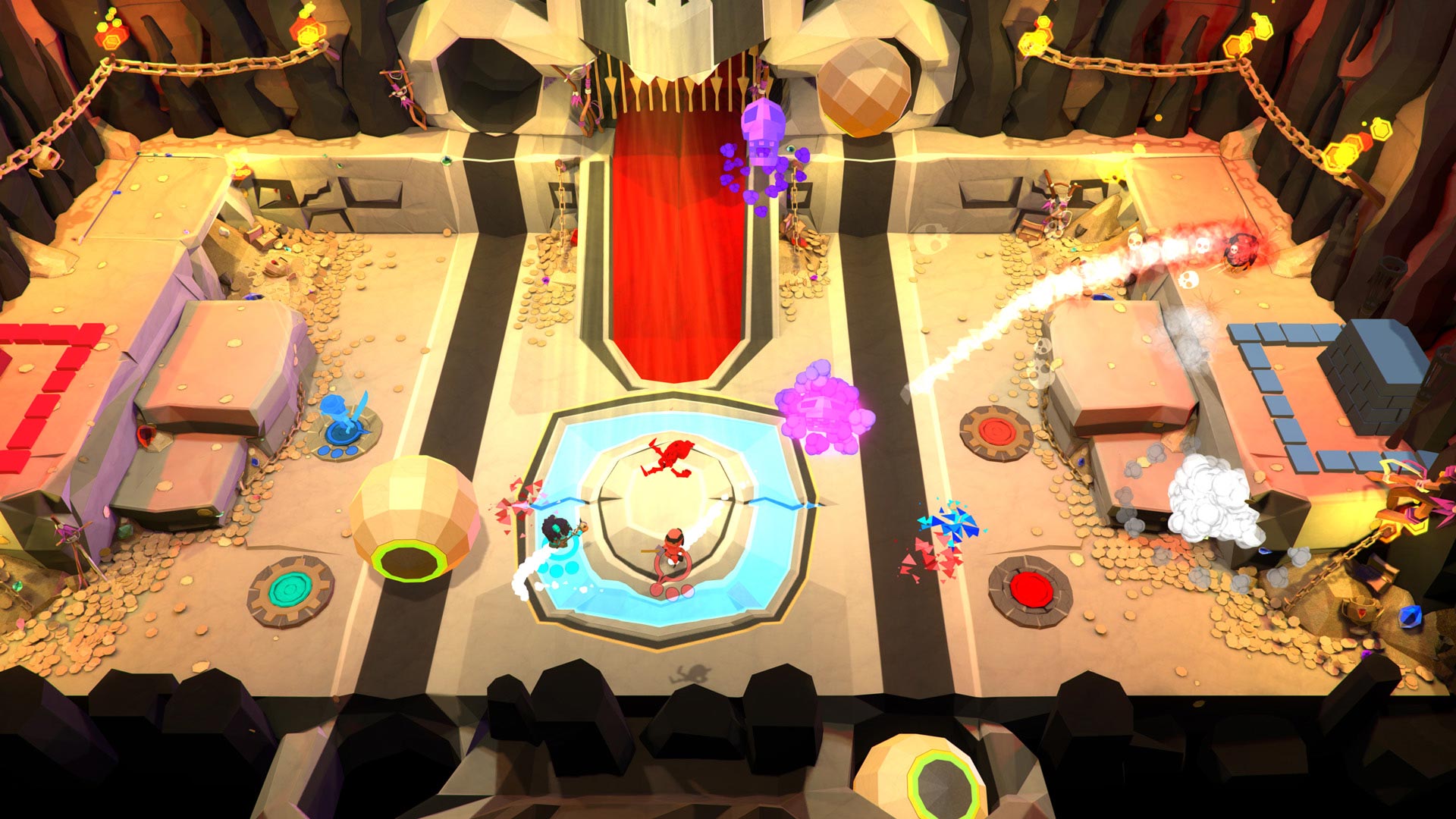 It can certainly be a fun game if you have a group of local friends that want a party brawler, but other than that it feels quite empty. The map selection is fantastic and I'd love to see that art style along with the backdrop here for perhaps a different sort of title. The multiplayer felt competitive whether you had real people or the AI to battle, but online multiplayer would have been appreciated considering the era we're in. The objectives offer a decent variety and it shines when the god heads are involved since they directly influence the battle. It just felt light with overall content and could only be good in small bursts. Oh My Godheads can be a blast, it just doesn't have any sort of lengthy weight to it.