Black and White Bushido is a multiplayer focused game where players battle it out across a series of small arenas within a couple of modes. While that may sound rather generic, it's actually quite creative in how it provides a distinct style of play. As you're battling the world is changing between black and white shades offering various moments of camouflage. The characters you choose reflect these shades with some moments of cover or stick out times. The game is split into three modes with Challenge, Deathmatch and Flag Capture. With Challenge your goal is complete tasks that have been given to you once loaded onto a map. Deathmatch is your standard brawling mode where everyone aims to slice each other and Flag Capture blends killing one another with capturing a flag position. These modes can be played online or offline with Challenge being a private option only.

Black and White Bushido features a solid selection of creatively and culturally authentic maps. They fit well into the theme of the game and look very artistic. The combat felt smooth with neat patches of blood when players were hit. I did have some issues where AI would get stuck in a spot, but this was only a couple times and on certain maps. It's great however to have the option of bots, local or online play since similar games neglect having the online or even bots. I was impressed with the visual aspects of the game, the soft music and the unique shade changes. 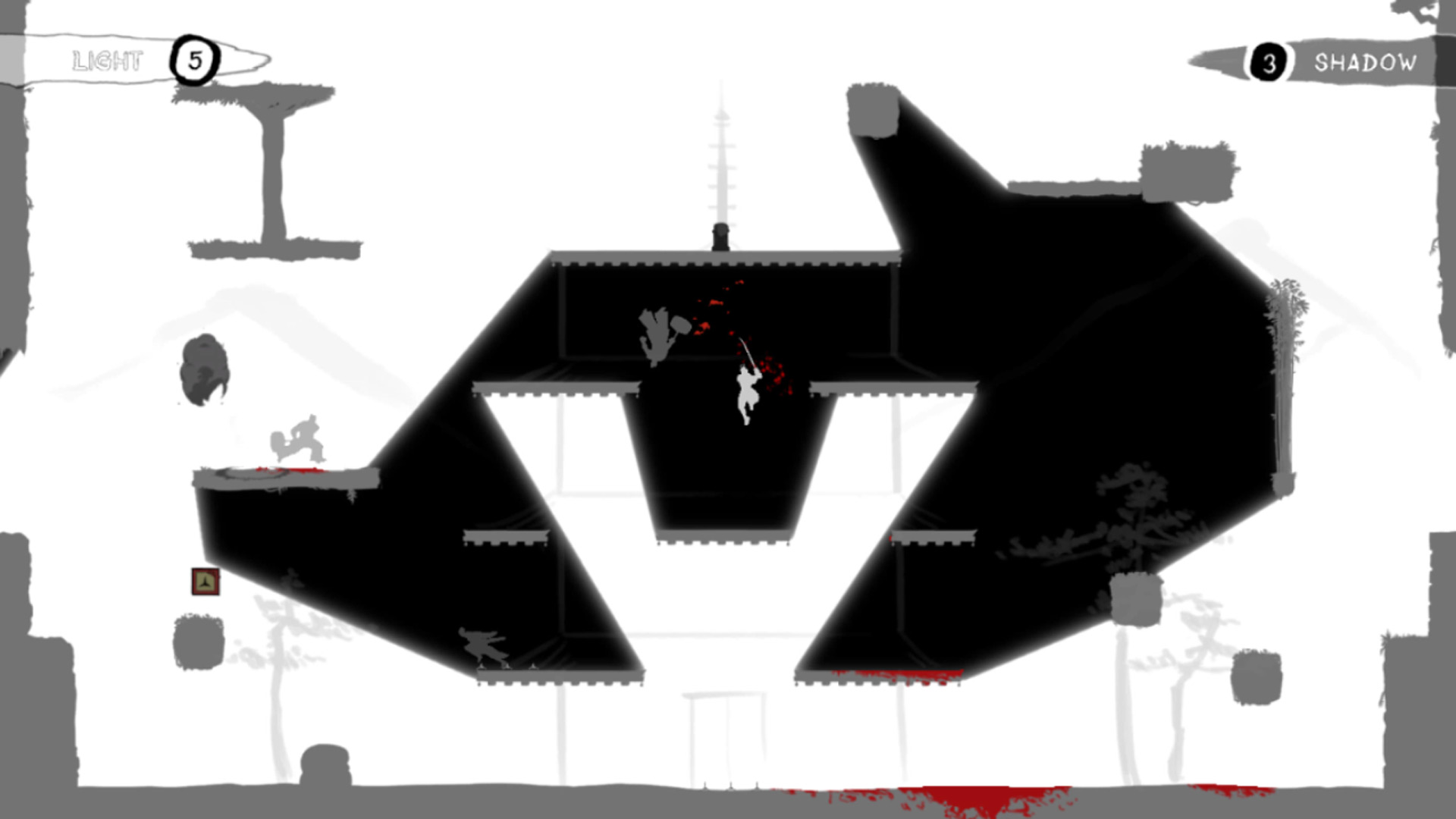 I found Black and White Bushido to be a fine party game offering quick combat and creative gameplay. That being said, there are really only the two modes and a handful of maps. There isn't particularly a ton of content here, but what is available works well. It was certainly fun to play and I loved the visuals of it, would just have desired the game to have more to it since it feels lightweight. Definite props for having the AI option and online multiplayer though.