Time for some classic hockey with Bush Hockey League, formally known as Old Time Hockey and a game that presents a gory arcade style of the sport. This is done with an almost cartoon aesthetic of design and a streamlined gameplay system. The game is split into two key areas with one being a campaign season and the other being a quickplay exhibition. In the story you control the Hinto Brews, a team that has fallen to the bottom of the league after a bad hand was dealt and you need to bring them back up. This is done by taking the small town rookies and building the team into a dynasty of sorts I suppose. Each match is a separate level and your league score matters when it comes to winning the overall season.

It takes time to get used to gameplay wise, but once you do it shouldn't be difficult to hit the goals. Each game is a separate mission as to say with stars or bonus events to complete. The second mode is the quickplay exhibition where you can play against others or the AI. The mode supports four players locally on either team so it's got full support if you'd like to compete with friends. It would have been nice to see some online options or also any other hockey modes that the regular NHL series has. The content just seems somewhat slim there and even just a shootout mode would add slightly more to the experience.

Bush Hockey League has a presentation similar to the regular EA NHL games with an over the top viewing, this can also be adjusted with multiple camera angles. It has similar controls to the versions of EA's NHL Hockey including a classic button based set or one that feature the skill stick. The game looks fine taking a cartoon style that still aims to emulate a sense of realism. The skating at its core feels proper with the AI generally being in good positions. I did find that some contact was slightly stiff and that the goalies were not at all dynamic. This created a very old issue of not having smooth shots and it being random to score. The AI was also rather ruthless at times though it was nice how things were easily adjustable setting wise compared to Old Time Hockey. There's also a full fighting system with solid levels of gore involved and bench brawls if you'd like to really get into the action. 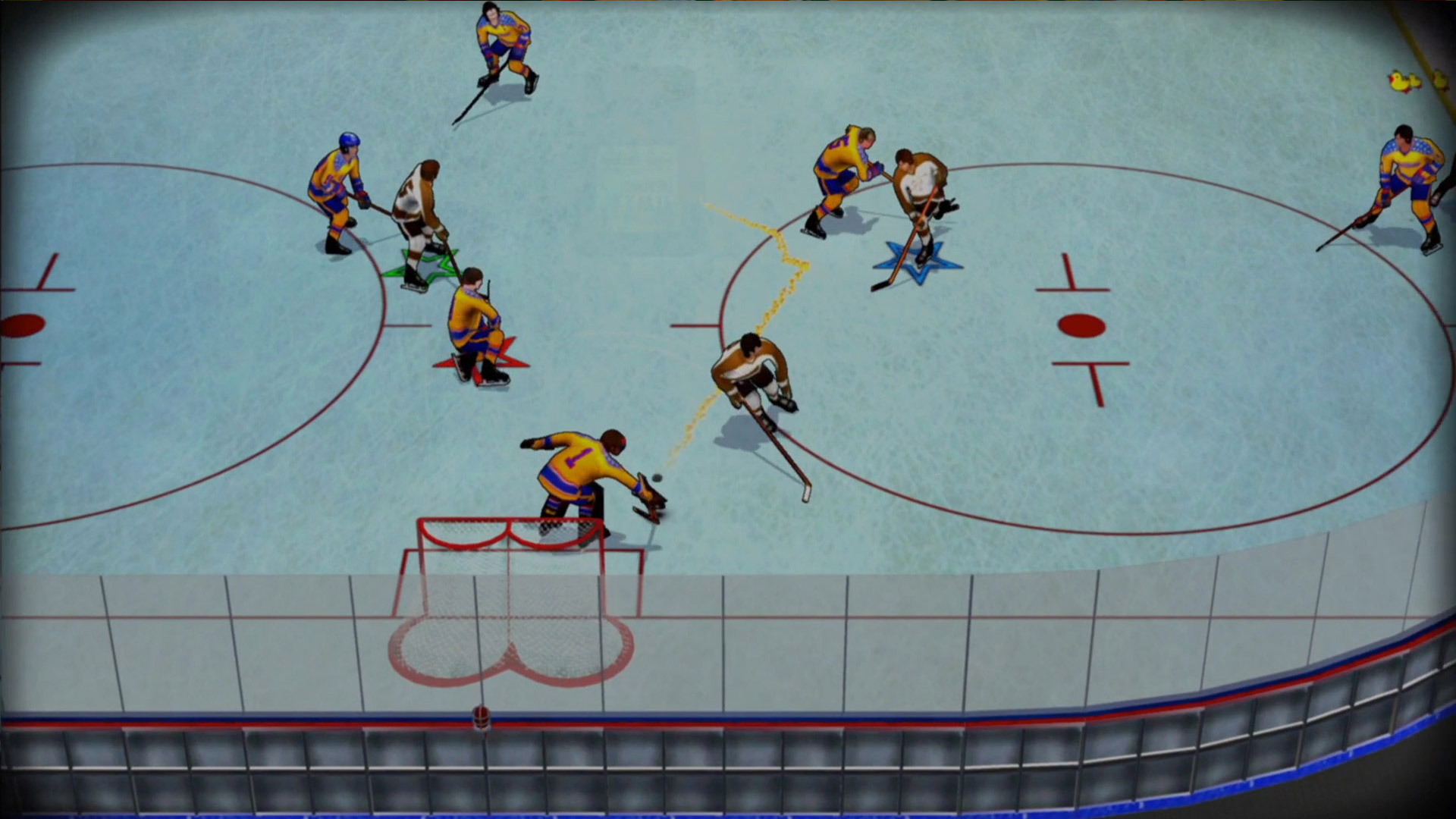 Bush Hockey League does capture that spirit of arcade hockey in a perfect way that will completely satisfy fans of the sport. I really enjoyed the game and having played the sport for the majority of my life this was another good time. It provides a slightly violent side to it having that Slap Shot feeling while still being true to hockey itself. For the most part the gameplay is great with the core modes one would expect in a simulation of the sport. It would have been nice to have online multiplayer as I love doing 1v1 matches, but the local options are fine. With just some slight refinements in future entries this could very well be a promising contender in the world of hockey games.