"Mascots Can Score Too"

This is definitely the best effort for NHL in the generation finally catching up to the modes it once had while also adding new ones. It's very much a year of some slightly new modes as the game celebrates the change of a new expansion team entering the league, which is something that hasn't happened for a very long time. With that, we get an expansion mode where you draft a team either using the Vegas Golden Knights or any custom team you'd like. This mode is also backed with the fresh Threes which is the most fun I've had in a mode of the game for awhile. It's very much a throwback to the mini arcade game featuring a stripped down version of hockey and fast paced gameplay.

There was care taken here providing a full circuit which while difficult at times is rewarding with new items or mascots to use. You can also play cooperatively against the AI (online or offline) here or just quickplay. It's actually rather hard to switch back to the core game after playing due to just how fast this mode is. All your other favorite modes return from Be a Pro to quickplay, the EASHL and everything else. It's a very complete version of the simulation though the game at its core really hasn't been adjusted too much. Everything else basically plays the same, though I will give an appreciation for the fancy new mode selection screen where you can pin what you like to play most. I also wanted to mention that it has mascot creation to go with all the other customization options and I felt this addition was fun.

The visuals have not changed since NHL 15 with the same stiff, awkward animations that make cutscenes look horrible. I like the angles they're using, but they don't hide the floating jerseys, the bumping and straight up jagged looking cutscenes. The core gameplay is also basically untouched aside from the defensive skill stick and I would become angry with player positioning. It's definitely better, but I still get moments where no one will touch the puck or AI won't adjust properly to keep the flow moving forward.

I feel that a move to Frostbite like everything else EA Sports related has will hopefully clean most of visual aspects up, but we'll have to see. It's still a damn pretty version of hockey and the presentation is top notch here. Being Canadian, I'm not a fan of the announcers and sadly they continue with the same ones as before. Not a really bad point against the game, just something to be noted. The abomination of a skill assist is back called the one-ice trainer and at least this time when turned off it stays off. 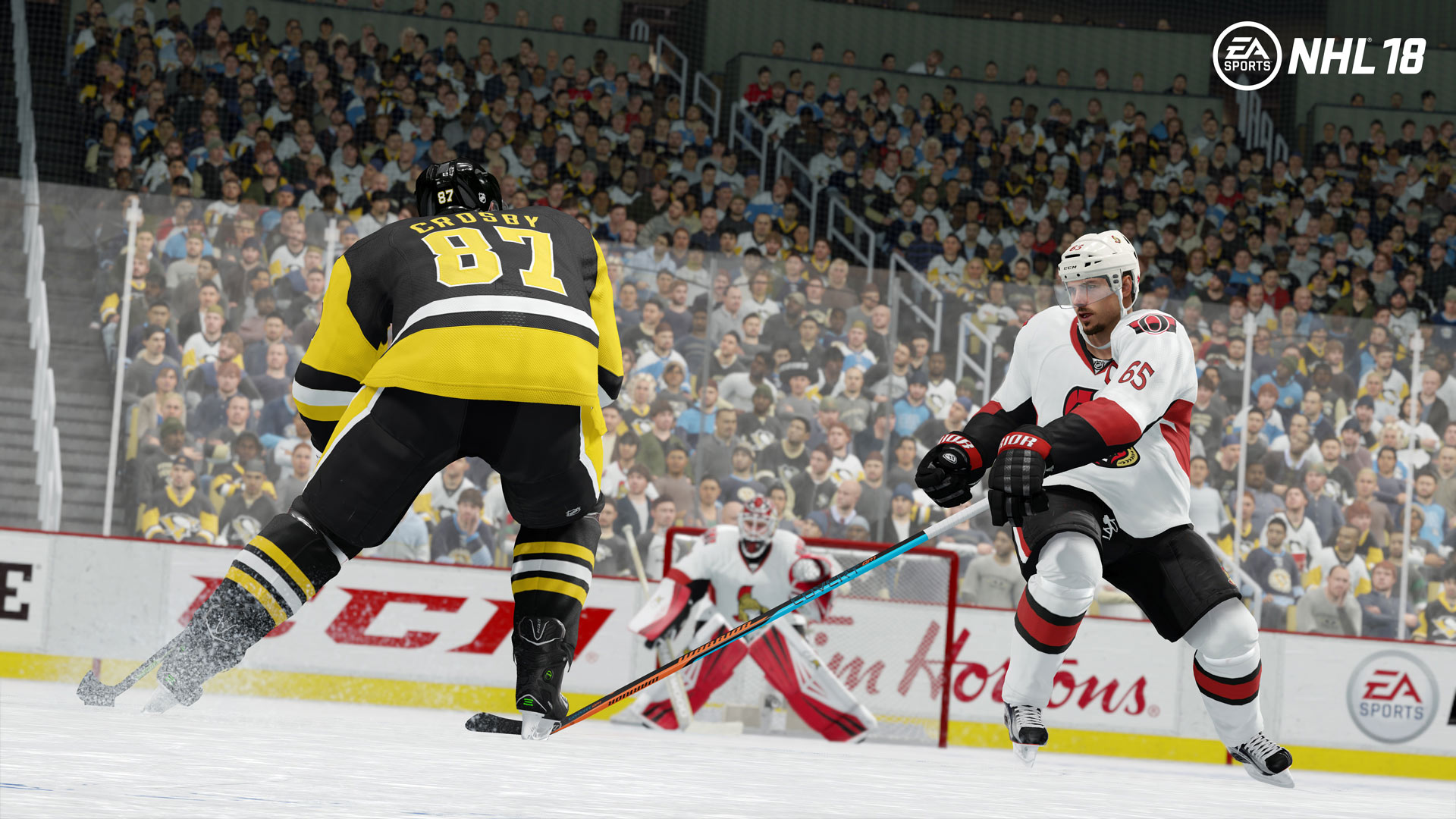 NHL 18 is very much the same game from the last couple years, it does however finally include all the modes and some on top of that. The Threes is the most fun I've had in a long time within the game, but it does make it hard to play a regular match. They took a great amount of care here with how it all plays, the announcers and making this a special part of the package. The draft option is also fun and a fantastic way to celebrate the expansion team coming into the league. Overall this is a solid package for those getting their yearly fixed, players that want to return after awhile and general fans of the sport. If you've played the last couple not too much has changed, but the extra modes are compelling.

NHL 18 Review on Xbox One