Disneyland Adventures is definitely a faithful recreation of the park, at least from how I remember it and an alright time for the younger audience. It's honestly quite a boring time and very much the exact same game from Xbox 360, but now in 4k HDR. It does visually look impressive, but there's nothing new if you've done this and it's not a very interesting game. You basically run around the park taking pictures, meeting mascots and playing a selection of games that represent rides. I was actually really hoping you'd also get to ride the traditional ride virtually, but that was not the case. The games themselves vary from simple sliding and collecting mini games to falling while collecting mini games. There is Kinect support and while that comes across as intuitive, with the controller they're rather plain. I guess one might say there's a bit of a story in it, but it's just randomly connected mini missions to take part in.

The world actually does look magical and incredibly authentic to the actual park. The characters are well represented and the areas are filled with vibrant color. I wish there was something to really do in the park however as it's just a boring place to walk around. The characters basically just stand there, if they show up as sometimes they don't load in. I've also had some graphic issues where part of the world vanishes and that was strange. It does look really great in the 4k and the HDR shines, but other than that it's really not anything magical. It is also a Xbox Play Anywhere game, buy it digital on Xbox One or Windows 10 and own it on both. It has local coop splitscreen if that's something you want to do. 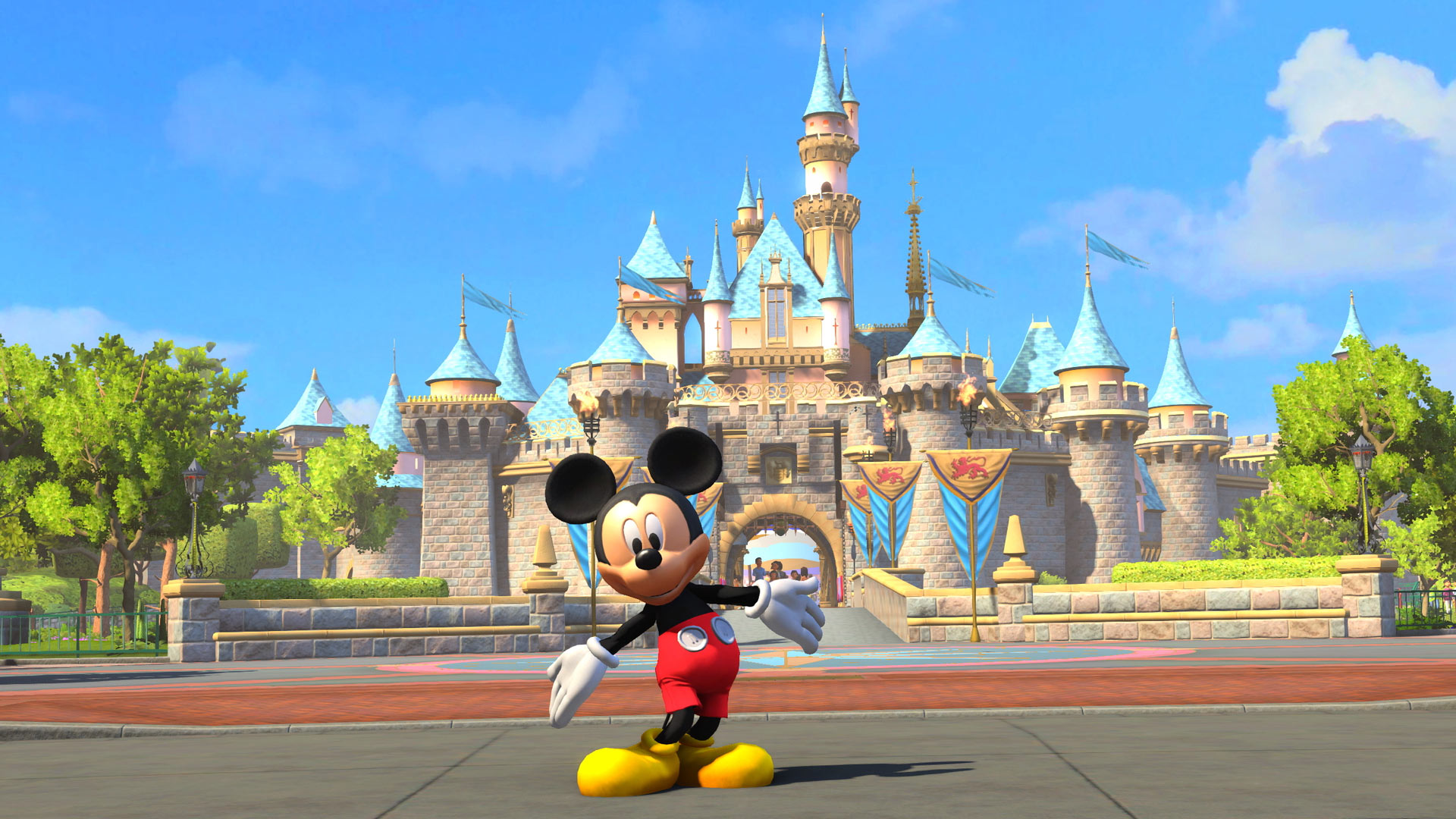 Disneyland Adventures might be a fine adventure for the extremely young audience, but mostly everyone else will find this dull and boring. The missions feel intuitive with Kinect, but bland without it. It all looks great in 4k, the HDR shines and it does capture the look perfectly from what I remember when I visited the park years ago. The characters are mostly all represented and there are multiple distinct Disney zones to explore. It just doesn't feel like a very large game, there's not a lot to it and that makes things come across as mostly empty. I would have expected something new to come into play with this title since they bothered remastering it, but that wasn't the case.