"Episode 4: Below the Bedrock"

In this penultimate episode of Below the Bedrock Minecraft Story Mode's second season takes quite a steep decline. This definitely came across as a filler episode that is mostly gapping the time before what I imagine will be an epic finale. In the mean time we get what feels like mostly a waste of time. It's mostly filled with some smaller details that help build out the story of the Admins and what caused their implosion. Sure this helps the narrative, but it wasn't presented in a very exciting way. That's somewhat disappointing as there was a really well done emotional section that had been building up throughout the season and the context of the events around it somewhat dampened the effect.

I felt rather bored at times with the trivia game being a bit silly and the fake outs to have little to no impact. I'm still not a fan of the side characters they've introduced and I hate myself for selecting one to stay at the end. If I hover over a character, it's because I'm agreeing with them. I was rather furious over that since it was supposed to be a quick decision for me and now I'm stuck with them. It's a pain, so be sure to read one of the defining moments as I'm sure you'll want the quiet. The massive Enderman was however quite cool, but to negate that the ninja section made absolutely no sense other than providing a weak point of convenience for us to head back home.

Everything looks and plays in exact detail to what their Minecraft counterparts would be like. It was so great seeing the many Minecraft creatures they were able to stuff into this episode and fans of regular Minecraft will love that. The second season opened strong with showcasing a wide range of items from the series' expanded lore. The game does look more akin to animated Minecraft videos which I'm sure many of you have seen before which was fine. This was yet another well done episode in terms of polish as it ran smoothly without any issues. Finally would like to mention that the game has some neat side crafting areas where you can decide what to build in order to complete tasks. 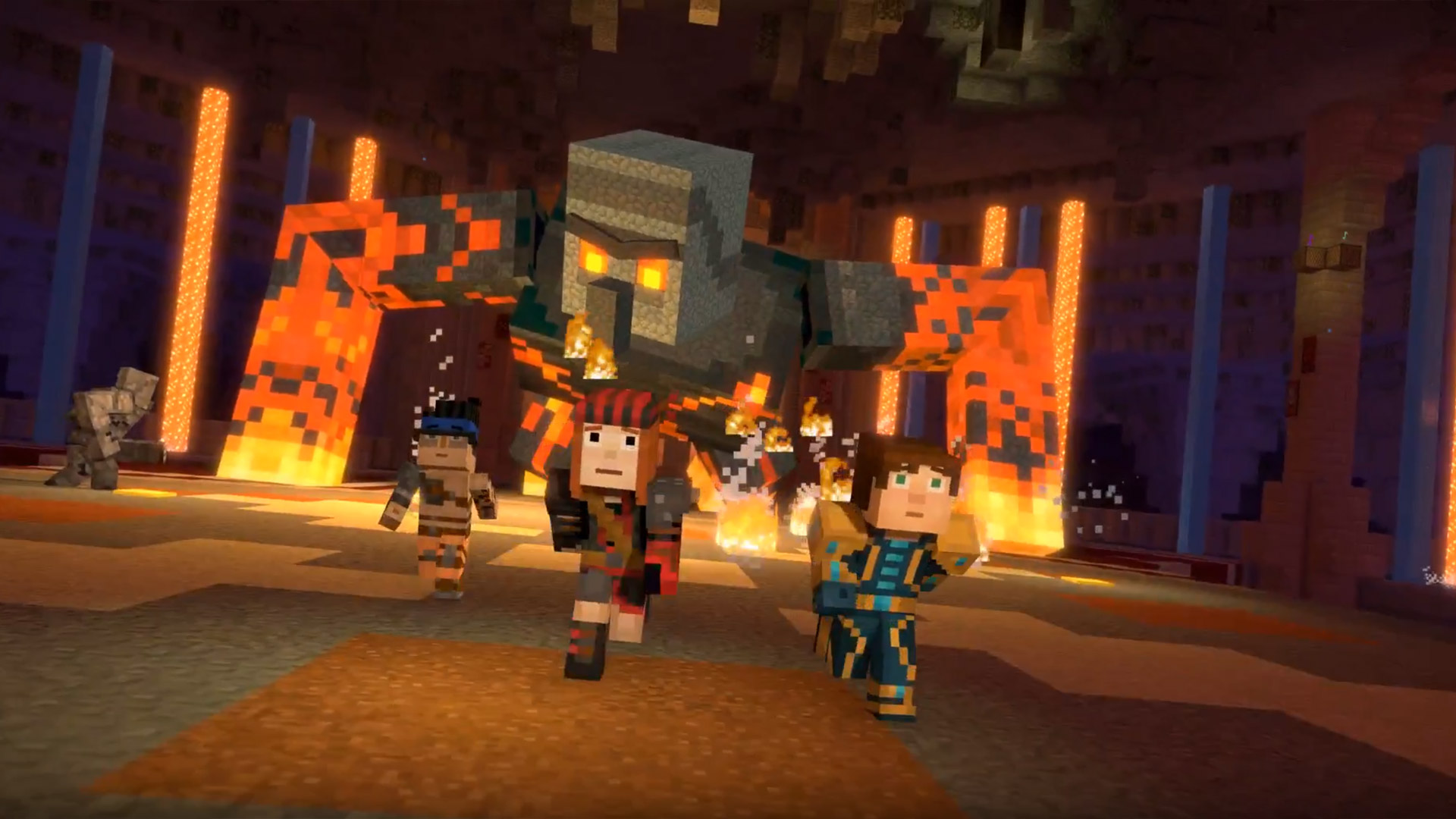 I was really disappointed by Below the Bedrock, it felt as though they weren't sure how to get to that final episode and it showed. The trivia game was not fun and for the most part it was an episode that I almost fell asleep working through. The building sections while novel, shouldn't have been used so often this season. There were some solid moments present throughout, but I certainly expect more excitement for a penultimate. This should have been a hype builder or something that left the team in emotional turmoil, instead it could have honestly not existed and it would make no difference on anything in the season. They did fill out the narrative a bit by building side characters and the ideas were there, they just weren't executed in an exciting way.