This fifth and final episode in the Guardians of the Galaxy first season was an alright way to conclude things. It certainly wrapped up loose ends while providing an interesting open for future episodes. I did however feel that the episode did drag along at times, particularly at the start. It turned the series from a colorful adventure to some weird mystical grey rehash. It was strange to see this randomly pop up, I understood what they were trying to do though it seemed like a lazy way to present it. The episode also just somewhat jumped into things despite the really harsh place the team was left at after the fourth episode and I was hoping that conflict might have more depth.

It seemed as though the whole break down could have used more time or even expansion to provide some extra meaning to it. Instead everything just went smooth and felt like a small step instead of being a bump that could have had a greater impact. I would still say this was a solid episode, it really turned around and got right into the typical action that has made this season so consistently good. The jokes were all great, the Guardians felt like they were well captured and the ending connected everything together in a deep way. It was sort of an ultimate choice that actually felt like it provided multiple paths. Still, despite all that the start of it was still something I couldn't forget.

Telltale titles play with a cinematic focus having you mostly just control narrative by selecting from choices and additionally quick time events. They seem to have grown their detective mode from the Batman series having Starlord fly around at times to discover things with this being used briefly within the episode. The game ran very smooth on the console which is great, there's usually some sort of issue and this one was solid throughout with no issues present. The graphics also continue to use a smoother look to them and that was pleasant. It looks fine on the standard console, but I did notice that at the higher resolution it looks rather rough around the edges. I did however I also felt that they nailed the characters here not only in their attitudes, but also with the voices as well. The use of music is perfect here coming in at just the right moments to help set the mood. 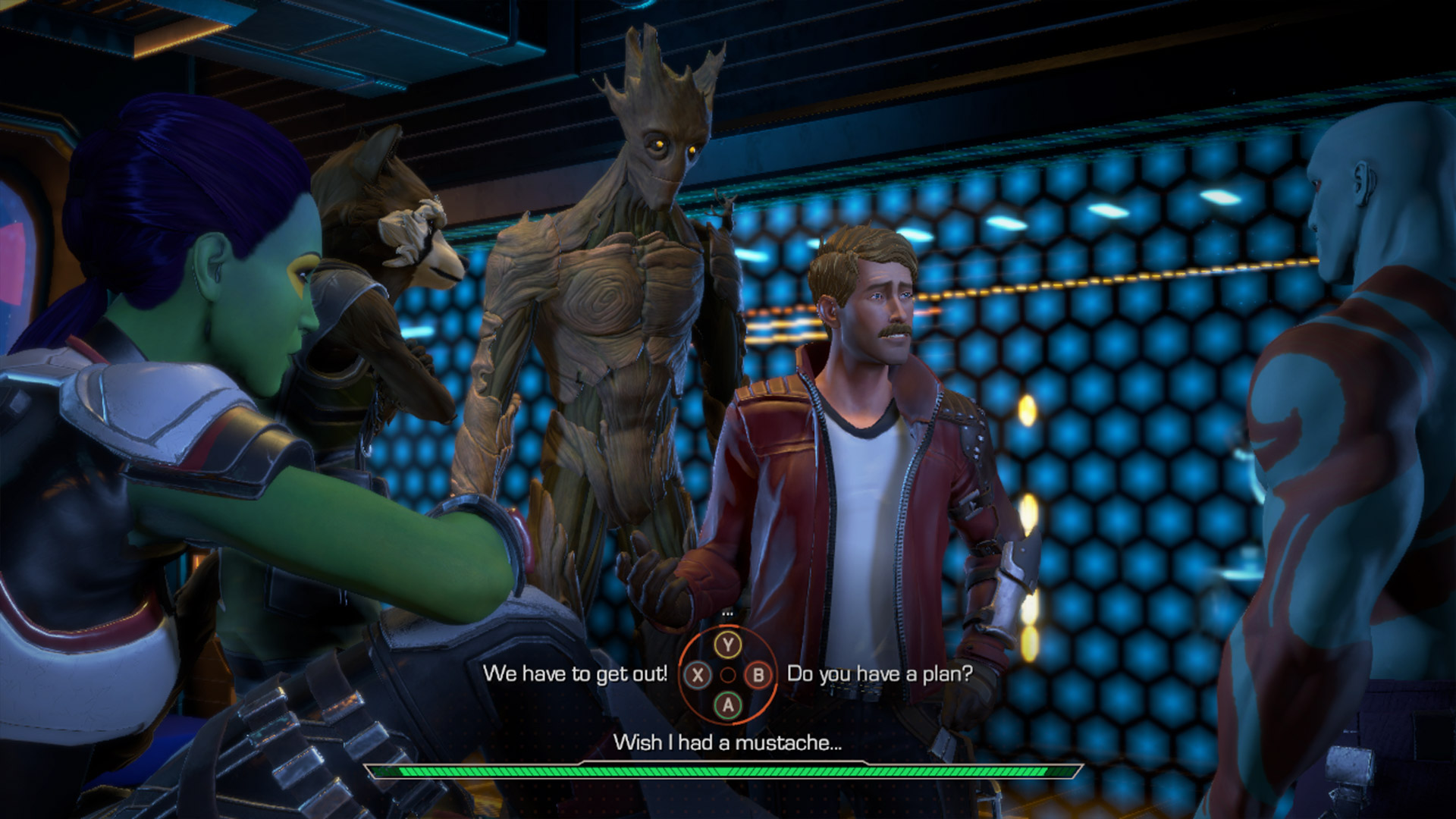 Don't Stop Believin' does a great job of making the stories and the background you've explore with the Guardians matter. It provides a set of choices that actually make it feel open and it should be very interesting to see what they do with it going forward. I was particularly surprised at how open some aspects were left and from past experience I feel Telltale will have some tricks up their sleeve to handle it if there's a second season. It was a satisfying way to conclude things, I felt the ending was exciting though that start really was not great. I wanted the conflict to play a bigger impact, but once things got swinging it had that special Guardians magic to it. I will also make mention of the music which was incredible. I was very surprised at the tunes for this final episode and they fit in perfectly.