Bleed is a platforming shooter where you play as a girl named Wryn that just wants to be the ultimate video game hero. This is achieved by battling through boss focused levels to annihilate all opponents or obstacles that get in her way. This is done over a selection of levels in what's not too long of game, but one that provides a challenge. Most of it was fine, but there were definitely some parts that were hard just to be hard. There are a number of difficulties available, an arcade mode and a challenge mode that pits multiple bosses together. The levels are similar in that you move through an area and just fight a boss, but each was unique in environment, enemies and general design. There was actually a good mix of levels present here with enough variation to provide a pleasant playthrough. The bosses each brought in unique challenges while also providing a funky looking enemy most of the time. The story was alright though minimal and it got the point across as you blasted through enemies.

The gameplay is simple, you move through intense platforming areas while blasting enemies away. Each level rewards coins based on your performance and these are used for new weapons or minor character upgrades. These allow you to fight a little bit longer and destroy just that many more enemies. The levels were full of vibrant colors and well detailed worlds though much of it was a blur as you whipped by. 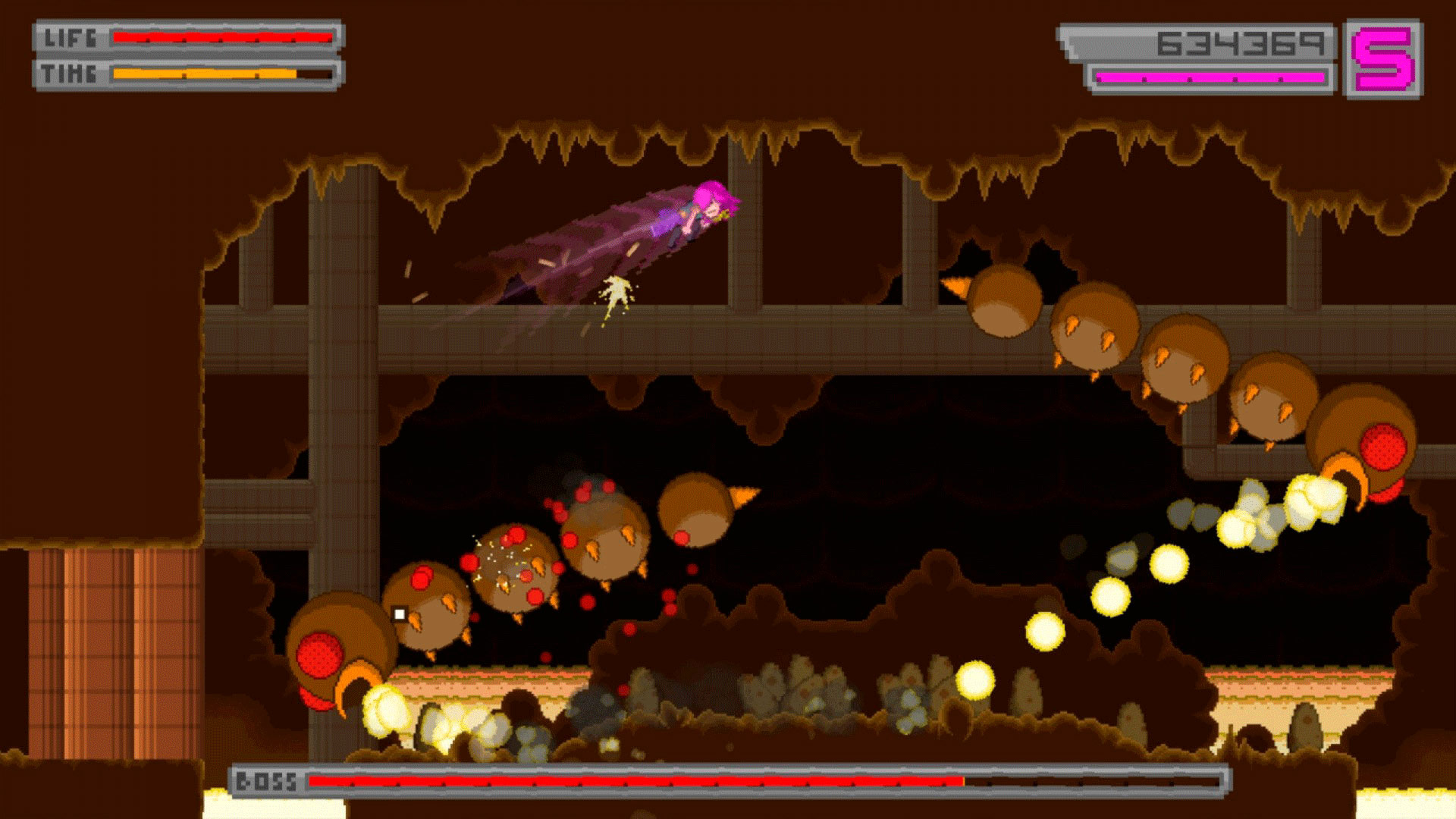 I found Bleed to be a simple, yet ultimately fun game to play with a charming and odd protagonist. The levels were well setup and I liked the variety of bosses. Some parts were a tad too difficult, but I wasn't ever stuck for too long. There's a good selection of enemies to deal with and I liked the narrative that was presented. There's not a whole lot to it unless you want to replay things or the other modes though I still had a good time with it all.

Bleed Review on Xbox One
Review Code Provided by Digerati