The first Bleed was a surprising title as it's not only the right type of challenging, but also an incredibly fun game. In this series you play as a pink-haired heroine named Wryn that's now the only hero left. In Bleed 2 the greatest villain has assembled a deathly squad and has begun an assault on the planet, it's up to Wryn to deal with this. The game isn't terribly long, but such an enjoyable playthrough. There are multiple difficulties to work through depending on how intense you are, various playable characters to unlock and some side modes. Each regular level is really boss based where you're racing by piles of enemies in order to battle it out against some insane and always different core enemy.

This then goes into seven levels featuring over twenty five boss fights. It's essentially a gauntlet of epic battles with some nice twists along the way. It's also very much a continuation of the narrative from the first Bleed. If you're looking for more of a challenge there's Arcade where you attempt to beat the whole thing in a single life which is crazy. The last area is the Endless with randomly generated levels. You battle through these in waves taking on various enemies and a boss to continue. It's truly unique and a really fresh way to continuously enjoy the game after completing it. What's additionally a solid aspect of the game is that all modes can be played in two player local coop.

Bleed 2 is straight up intense, it's a glorious jumping and blasting world where you plaster the sky with bullets. If you're not just into guns Wryn also has a neat sword for some defensive blocking when the situation arises. The controls feel tight, smooth and help keep the pace of the game on an insane level. The bosses felt challenging, yet fair being pattern based so you'll need to constantly be adapting to each of the unique things that bosses can do. The visuals of the world were great with the many locations you visit in a blistering fashion. 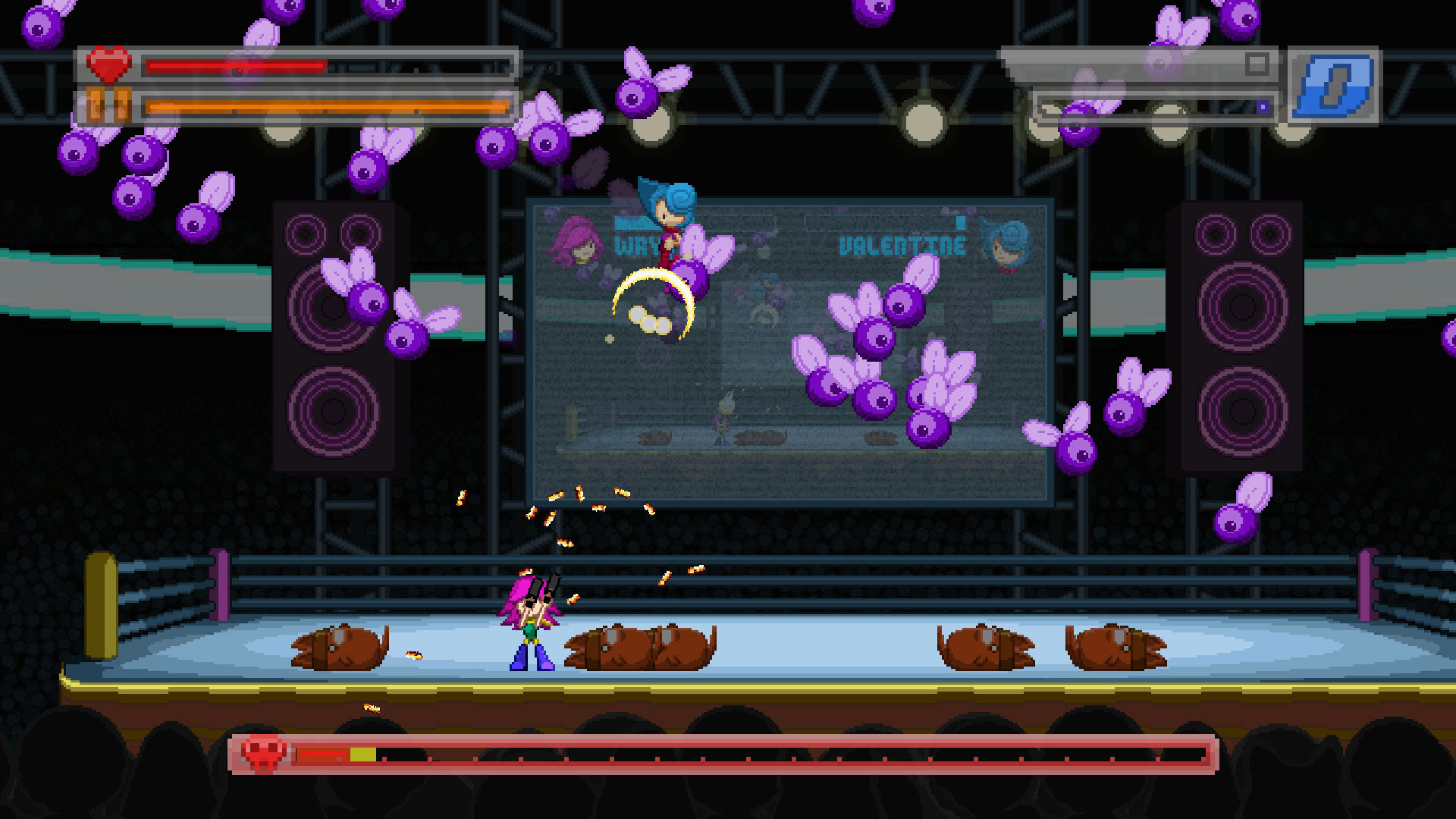 Bleed 2 steps it up and it's a fantastic sequel to the first making the action that much more intense. It continues the general narrative of the first while greatly growing the character which is odd considering it's a game about pure speed shooting. It handles well and I loved how unique each boss was as you blasted at them in regular or slow motion when the meter allowed. The hero once again shines and he character is great in this second entry. The additional modes and difficulties help add some longevity to the title if the short campaign isn't enough. I liked how this story was setup, how fast it was and how the whole thing feels like a single adrenaline rush.