Clash for me was like SlashDash which I reviewed a couple months ago, you can click that name to check the review out. With Clash we're presented with a local multiplayer only system that also lacks any AI play. Again, to have any sort of proper play you'll need four players. Smartly they don't lock you from any modes if you only have two players so just two can enjoy it to an extent if that's all you have. Sadly there's no online play available and no AI opponents to battle if you have no friends. There's also no sort of campaign structure here or really much content at all. In total there are four maps to play and each has a gametype. That's it, the game actually takes about fifteen minutes to play on every level at the default settings. While the combat is entertaining and I really enjoyed the crystal hunter level there's just nothing to it. It's an empty thought that longs for further development with a sound base.

Combat is simplistic and entertaining as the four players can battle it out in these four arenas. Characters are rather strange, yet awesome looking and they can even taunt with hilarious animations. Movements are simple has zap in directions to attack, use your shield when necessary and just walk across places. Running off the edges of the map will also connect to the other side for some crazy mix-ups when battling. The worlds look beautiful with nice minor touches and secret things to discover along with some charming music. I also wasn't a fan of the viewing area since characters looked like ants when just viewing the screen so that may be a problem for people playing. Would also like to mention that you're able to edit game settings for score and gameplay movement in order to create some more wild times. 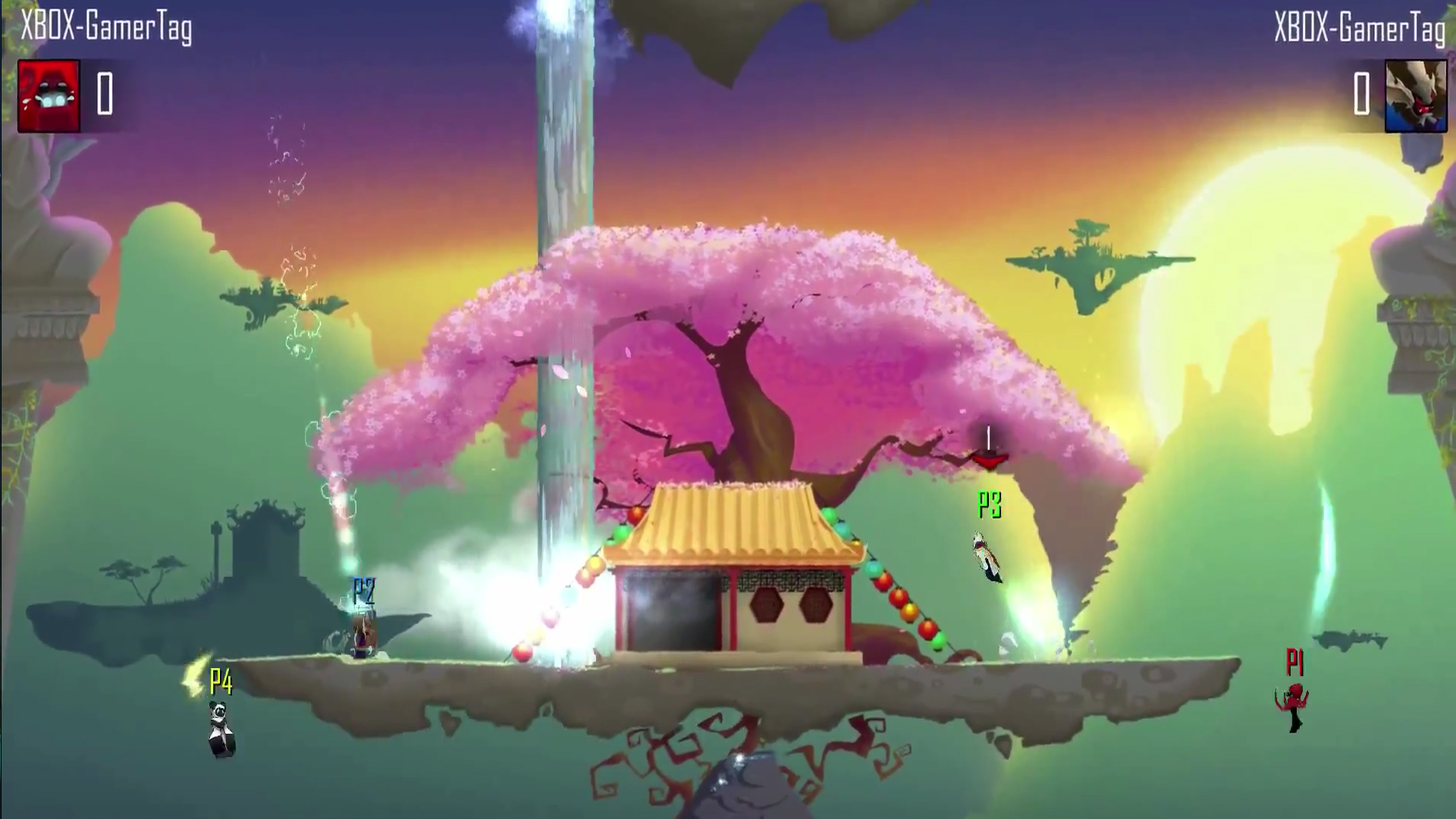 When it comes down to it once more people just don't play together anymore, they love online play. To release a game like this is sad at this point in time with online multiplayer being such a great thing for titles. With this game I it's just a quick play and done. There's almost no content to it despite the charm and essentially for me it was a quick gamerscore boost which I unlocked in about an hour. Sure if you have friends over you might enjoy a couple rounds of playing, but then you'll just go play something else. Which is disappointing since I can see the potential from charm of the characters and the beautiful battle grounds.