SlashDash is a neat game that's all about quick local multiplayer combat between various colors of ninjas. Now within that statement there's also a huge issue and that would be the game only being local multiplayer. In this day and age it's strange to have couch playing multiplayer which is fine in some scenarios though as people like that. Me, along with many others do not have people come over to play games and we use online to play with others so I just wanted to make sure that was noted if you want to buy this. Additionally it's ridiculous that there are no AI available in the game so you can play by yourself, you also need certain controller amounts. In total the game features just four modes, two of these require four controllers to play. So without a group of four you're already locked out from half of the game, it was hard for me to find a controller to borrow/people to play these modes. I just don't quite get the thought behind locking these areas out from 1v1 battles and restricting it to 2v2 since it would honestly run fine in the other way. This is all quite a shame since the game itself is highly entertaining and can be a lot of fun when playing, with multiplayer or at least AI opponents this could have been solid. Time to talk about the various modes, I'll start with the modes which are played 1v1-2v2. First up is free for all death race which has a score counter and you're killing one another in order to fill the meter quicker. It's really that simple and doesn't need anymore explanation as it's your standard free for all. The second mode is Mirror Match where you battle as a singular character though there's a collection of mirrored ninjas (clones) all around you. Combat is really hilarious as they get stuck on things so it shifts their formation and everyone is slicing at each other all the time. Now onto the required 2v2 games with the first being Capture the Flag, where you try to capture the flag. Simple logic and mode, will also mention it's the only mode where you can perform the title "SlashDash" move. The final mode is Assassination where you're trying to kill the other teams Shogun, this weird character is locked onto players and can be passed about. It's honestly a very weird yet strangely strategic mode for everyone to play since any move could make the Shogun vulnerable.

The game is done with simple almost cartoon style characters that also have a host of simple moves. They slash; walk around freely, throw stunning weapons and teleport about. It's not really complex, but keeps everything equal and works very well. The art style is also fantastic with the cartoon style to match the characters with a variety of levels available to play on. Again, the entire platform and characters this game is based around was wonderful. 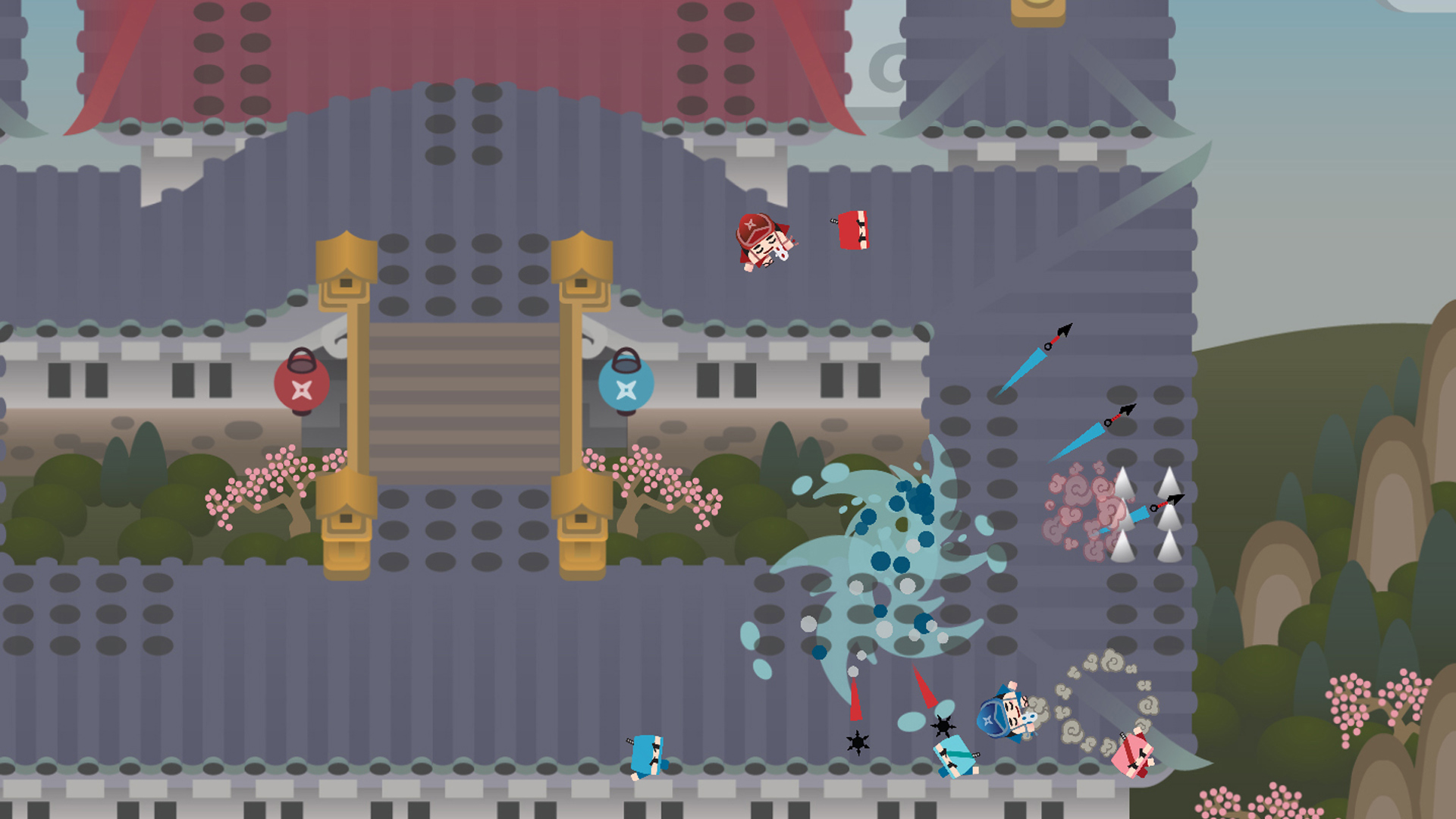 It truly is a shame, I'd rate this much higher though it's hard to play a game that restricts itself like this. It's a huge question of why they would choose to design the game like this considering the day and age we live in. I would expect at least local AI to play against if there's no online multiplayer systems. Though if you do have four friends or maybe one other to play against then I suppose you would enjoy this game thoroughly. Also the achievements aren't terribly hard if you have four controllers so it's got that going for it, except that really long capture five hundred flags which takes awhile. SlashDash was neat with great feel and art style, but not a game for me sadly.