Radical Heights is the latest free to play battle royale game, brought to you by the group that made Lawbreakers if you've heard of it. I say that as hardly anyone is playing it these days. This is very much a typical release within the genre, but they do some elements differently that help the game stand out on its own. First off it feels somewhat like a satire on the genre being a really silly almost 80's style. It's also retro, strange looking and it has a distinctive vibe to it. You start off in this wild lobby biking around or just chilling and then are thrown into a large world. This place is basically one large city which is impressive, but it's not even close to being complete.

There are many duplicate buildings and a ton more that have no textures. This creates a strange mix of neat and wow, this is lazy. It seems like they really rushed to get this out as you wander through empty ugly looking buildings. That aside, there's some potential here. It's a mix between the aesthetics of Fortnite and a more serious style like PUBG. I'd say it also takes strides to be like The Culling where you can purchase things and embraces that more. It's less about picking up guns or equipment and more about buying them from basically perk machines. There are some on the ground, but that does feel limited currently.


Combat is really to the point and you can die very quickly. There are things like gear to keep you alive a tad longer, but that really doesn't help too much. You can however hit up health stations to give yourself a fill-up. The general design of the level is interesting and the way it changes is neat too. Its tile based being square in its mark-up and the areas are constantly changing until you're pushed inwards for direct combat. With the lifeless setup for some buildings right now it can seem rather quiet moving through the area and perhaps the size of the map is too large, or they need to scatter players more efficiently honestly. There's a good selection of weapons to obtain and they seem to have an idea for what they want to do with the game over time.

For now Radical Heights seems too basic for my liking and I was getting that from the strangely polished battle royale titles when they first appeared on consoles yet this is very early access. It was fun to play, it mixes things up and does stand on its own fine. If they gain enough traction and actually work towards polishing this quickly they could fit into the rapidly developing fad for the genre. I'm going to stay away for now, see how it develops over time before spending additional time on this. If they really do want to be successful they'll need to get content out fast, fix up the world and get porting. Fortnite and PUBG are everywhere, if they want to carve a piece of the pie out too it'll need to be consoles as well as mobiles devices. Remember, cross-play doesn't hurt either eh Bosskey? 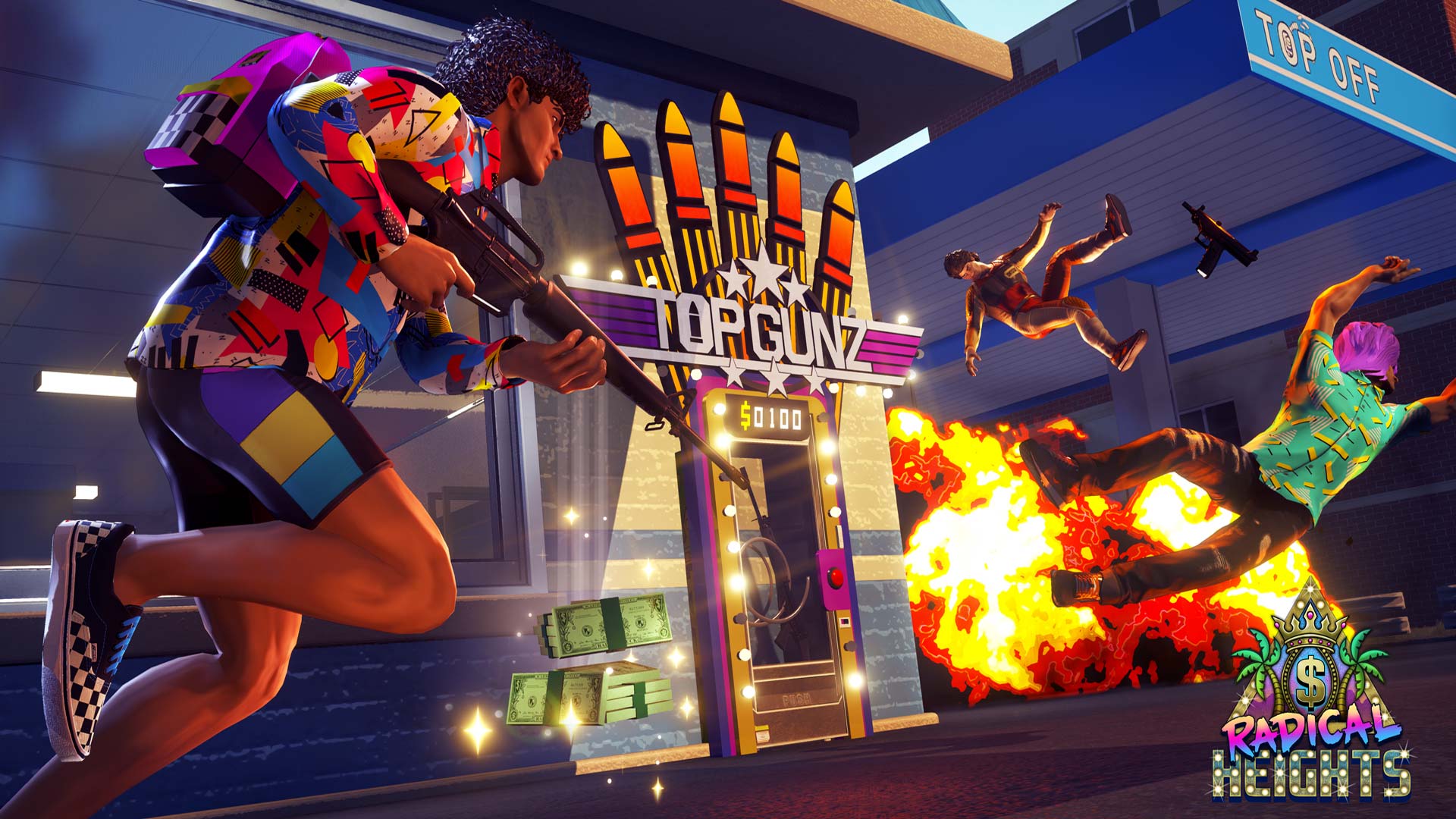