The PUBG Mobile title is yet another battle royale game for the platform, this time being the ported version of the most popular in the genre. Fortnite has certainly gained a lot of ground, but with the premium style of PlayerUnknown's Battlegrounds and its popularity I'd consider it the more known of the two still. With this latest port of the game it's completely separate from the experience whereas Fortnite is pushing the cross-play angle. This version of the game is also in an early test phase with options for graphics being locked. Still, it has some unique choices including variations on what frame rate you play at or the resolution with various selections.

This is interesting as I'm not sure too many mobile titles offer this and it will be interesting to see how the player base responds to this as it could be seen as an advantage to higher end device models. Looking at PUBG Mobile, this is the full game from PC or consoles streamlined for touch controls. It does this quite well actually with an interesting auto pick-up for essential items that works fine for the most part. I'm not sure it's a direct translation of the other versions, but gameplay mechanics and world scale wise it's the same. To me, this is a rather impressive feat yet the world itself is ugly at the locked textures. I'm very curious as to how well this will be optimized over time as the existing efforts have been really hit or miss depending on the update.


For context, PlayerUnknown's Battlegrounds mobile is a battle royale title where players loot and then eliminate one another. The goal is to gather whatever supplies you can while constantly dealing with others. You can play in solo, duos or even squads with large hundred player matches. The map is massive, but is constantly pushing inwards as time progresses. This keeps the pace going fast and has the action always at an intense level. You can travel by foot or even vehicle where either method could be deadly. There are other nuances in the title of course, yet these are the essential aspects. When it comes to this version everything is ported over whether that's the weapons or any tools you might pick-up. The structures are also very similar, yet the building rooms have been minimized. Some of the larger places will have a room or two less in each area which was initially odd to get used to.

The areas also seem rather barren with many points of cover being removed to help with the rendering. Houses are mostly just empty spots because of this, its fine yet a tactical element is removed. They do include options for voice and the interface works very well. Aiming and shooting can at times by iffy, but everything else is easy to access. Even the gun switching feels fluid and it's amazing they could get the whole general experience into a touch based interface. It may not exactly be the PC or console version, but PUBG Mobile holds up well and I can see this being a huge draw for players. It'll be interesting to see if this or Fortnite end up being the winner in the phone or table space. 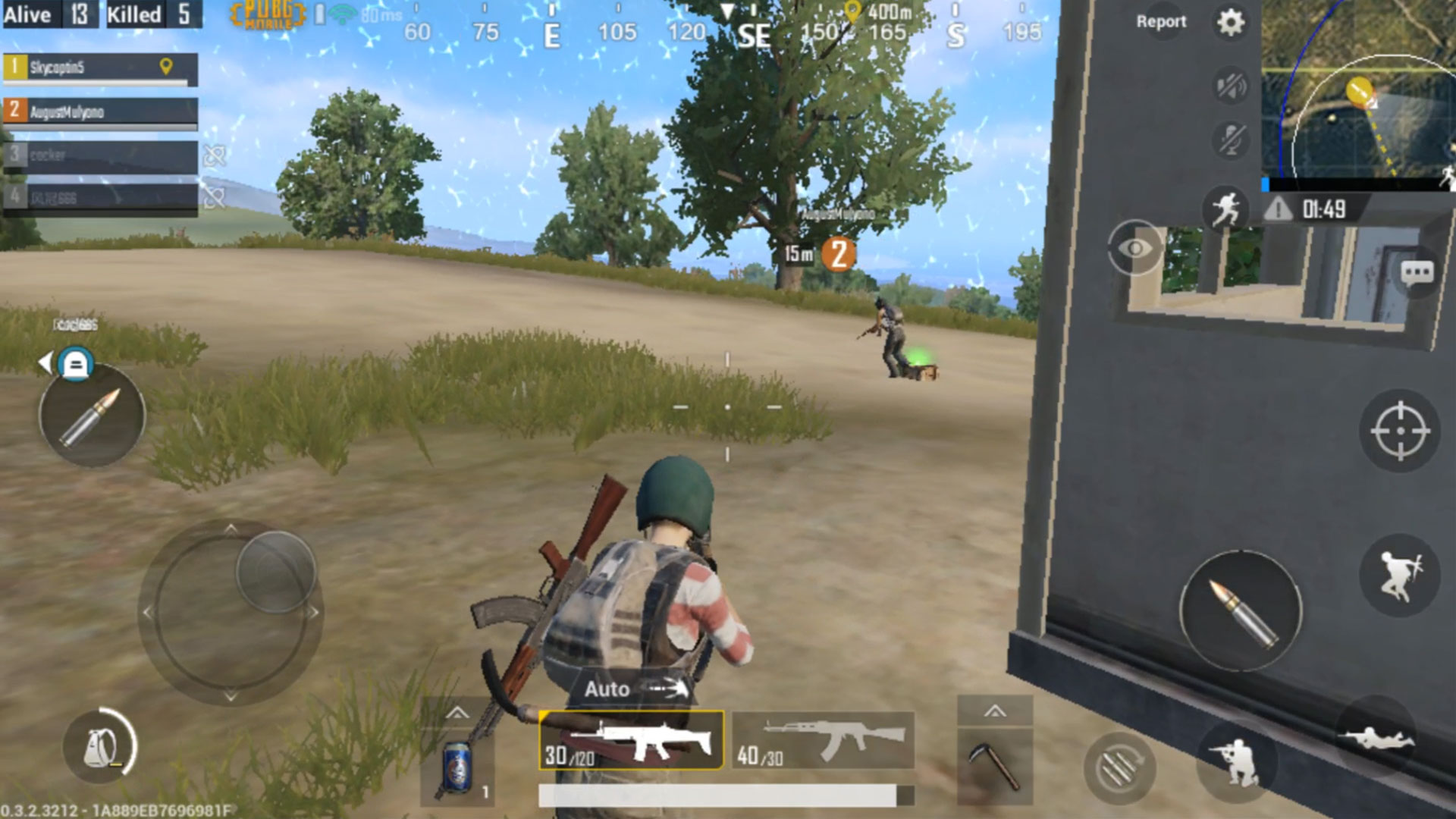