I was definitely surprised the other day to see that Playstation had revealed a special app for iPhones and iPads. This is a PS4 Remote Play IOS app that allows streaming of your console to the devices. It's basically a mirroring of sorts where you're able to get touch controls to handle the games. It's a rather interesting concept as it's somewhat similar to what Xbox is doing with XCloud in the future and perhaps a bit of what the Vita did. Not quite the same as Xbox though, just wanted to note that.

Whatever the case, this preview is going to focus on using the touch controls and the general connection. For context, my console is wireless (52/12mb) and I used the iPhone XS. I played Move or Die!, Marvel's Spider-Man and Apex Legends. I felt that this combination was a solid entry into seeing just what this app could do in terms of functionality.


I'd say that generally the app didn't lose connection, and the controls had essentially no delay. That being said, there were many cases where there was a lot of lag in what I was seeing and times of low/pixelated quality. When this app did work perfectly it was rather impressive, taking that full Playstation 4 experience and presenting it on my phone. It offers two ways to experience this, horizontal as shown in the image below and vertical. In horizontal mode you get a more natural screen-like presentation with touch overlay.

In the vertical option it puts the screen at the top with clear buttons below, it looks like one of those old iPod devices that had physical controls. The ones from an era long gone to the point I don't recall the names even. It was rather hard to use the touch controls at times, but then again these are just placed over existing controls meant for a controller.

It's rather impressive that they work so efficiently and perhaps it'll just take time to get used to. I equate it to re-learning how to do something with a different control scheme. Same inputs, just a new way to use them. I certainly wouldn't do anything competitive with this setup, I felt like I was letting my Apex Legends team down. I was having issues getting the sprinting to go and there were to many streaming quality issues to be effective. 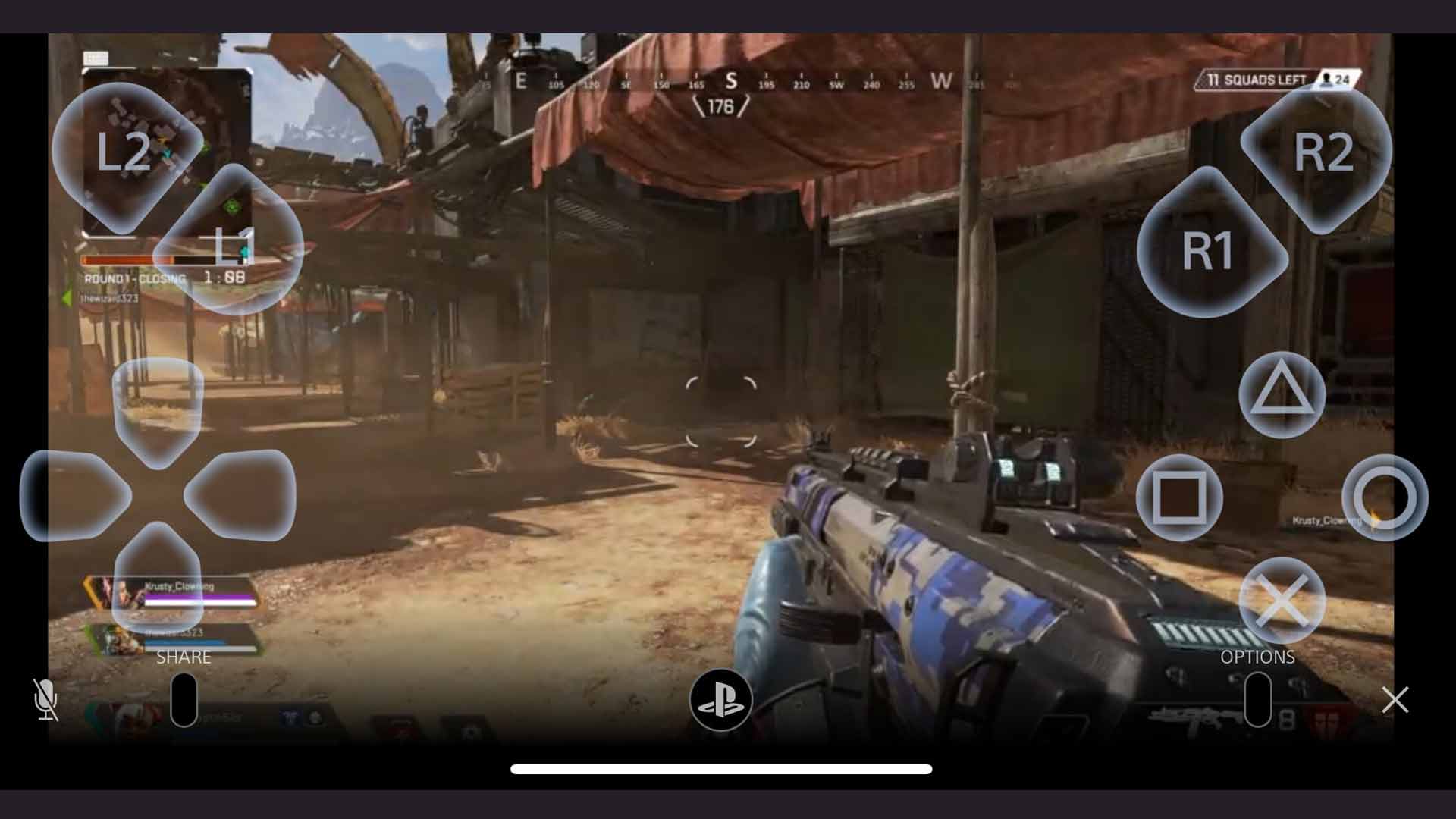 Spider-Man was perhaps the most impressive for me, though I'm not sure general combat is best on these controls. The first title is a solid party one I'm in the process of reviewing, since it has simpler controls it works perfectly on this quite honestly. I think the remote play is a good option for when someone else wants to use your screen, for some titles. I wouldn't play anything competitive with the performance I get out of it currently. I don't have an amazing network, yet at the same time it's fairly good from what I see others have. A really neat option that I might use at times.

Again, it's the full console experience with audio that was always clear. It has a mic option for voice input and it provides an easy way to navigate your console without a controller. Neat, yet not entirely at a perfect spot at this point. I'd say the highlights were the instant controls, the options for presenting it on your device and the quality when it worked without issue. I was annoyed by visual issues and that part of the screen is blacked out for some reason, it also didn't use my full phone screening which would have helped for those touch button overlays. That aside, you can read our review of Skyrim VR or check out the Playstation hub below for additional coverage.