I really wasn't sure what to expect with Just Cause 4, I found the previous entry to be generally alright. That helped build some of the amazement as this fourth game looks rather awesome. It's arriving on December 4, 2018 for Xbox One, Playstation 4 and PC. It'll also be Xbox One X enhanced to improve the experience on the premium console. During E3 2018 I was taken to a behind closed doors theater presentation of the game where it was running with live code. This wasn't hands-on, but it was a real demo and the results were impressive.

The game is presented with the brand new Apex engine and the results are stunning. It's a beautiful large world with vast draw distances and many particle effects. This is due to the new focus on a custom wind system rolling through that assists with gliding. In the particular area we were shown there were gusts of wind with leaves flowing and other colors highlighted in the air. It looked really good, and then that entirely changed after the player flew away into another region. Here we saw a large scale war raging on, these battles and the way they change are indications of how the player is progressing. Focusing on the time prior to flying however we have a more badass and confident character. This all takes place in a fictional South American area of Solis. 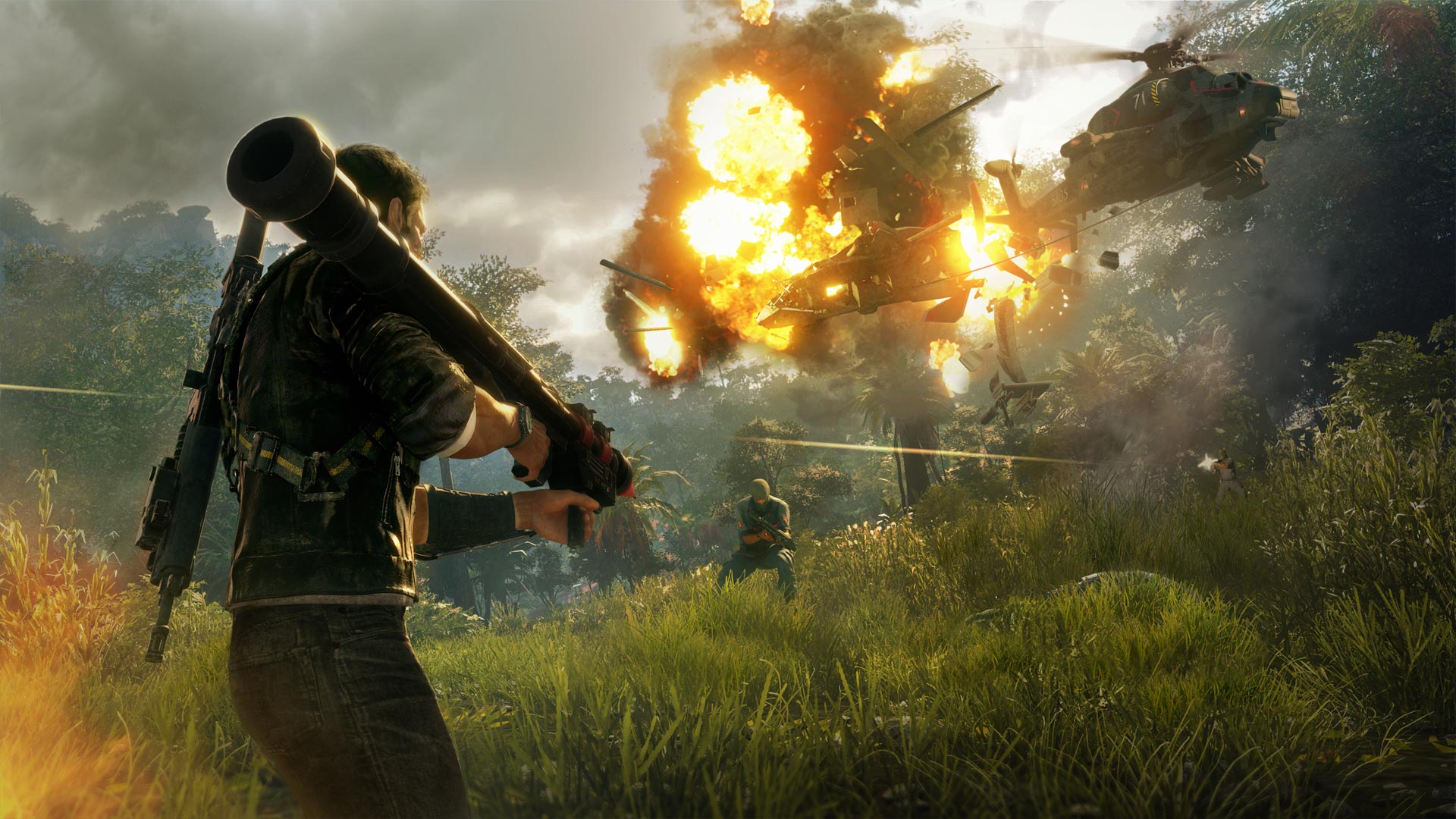 As mentioned prior regions are a big deal with each area having a type of wild weather variant and a different look. Get ready for lightning storms or massive tornados coming into play. At one point we saw them guide a tornado into a base, it was crazy. It all plays into a new environmental system as everything is a simulation. Like with the wind, water is another example as water currents are completely simulated. We get a revamped form of destruction and this all plays into the coolest aspect of things, the customizable grappling hook. The tool was incredible in the past, but now it can do almost anything. You can add new ways to smash things, the ability to float items or even cause certain elemental effects.

It's damn awesome and seeing it in action clearly showcases what fun it could provide. I can just imagine the weird showcases of smashing or throwing items players will come up with. One key aspect they highlighted for it was lifting a propane tank and then bursting it across a river to explode enemies on the other side, wow. That's not the only neat thing, but a massive highlight. They're really going for scale with Just Cause 4 from the large world to the various biomes and even the many natural animals that roam within it. I'm excited to take on the Black Hand when the game arrives as this exceeded any expectations I had prior to viewing it in action.

Read our Just Cause 3 Review
Our Game Hubs