Stan: Crusaders of Light is a traditional MMORPG that has all the best elements of the genre - raids, guilds, crafting, etc - and makes them available across platforms. As a truly cross-platform game, Crusaders of Light lets you continue your adventure with the same character whether you’re on iOS, Android, Facebook Gameroom or, starting in March, on Steam. The game is set in a massive 3D fantasy world where players can experience over 300 hours of available gameplay, featuring 40-person raids, crafting customizations and increasingly difficult dungeon trials. We’ve also got a robust roadmap for Crusaders of Light, with regular content and feature updates, so the world is continually expanding and growing.

With the game coming to Steam in March 2018, did this seem like a logical next step after releasing on mobile platforms? Has a console version for Crusaders of Light been considered?

Stan: We actually launched on Facebook Gameroom along with mobile and saw that players were thrilled to be able to engage in cross-platform-play. However, so many PC players live and breathe Steam, so we wanted to be able to offer that audience an option to join in as well. We haven’t looked into console yet as we are focused on offering the most cohesive and smooth experience across all our current platforms.

Are there any core tweaks or enhancements being added to the game for when it heads over to PC?

Stan: A PC version is already available on Facebook Gameroom that mirrors the mobile version. Many MMO players that are used to using a large screen, keyboard and mouse really gravitated to the Gameroom version. The ability to play on PC when completing complicated quests or raids, and then switch over to mobile for less-intense gameplay, has been a real benefit for many players. There will obviously be some differences in terms of control inputs given that mobile focuses on touch and PC has a mouse and keyboard. But outside of that, we’re looking to provide a consistent experience for all our players so they can still access the same great gameplay no matter what.

The game has a focus on cross-platform play, will that continue with the Steam version and do you believe it’s an important feature in modern gaming?

Stan: Absolutely. Today’s gamer isn’t stuck in one place, and their game shouldn’t be either. Today’s gamers want more convenience. They want to be able to play where they want, when they want - and a cross-platform game like Crusaders of Light allows them to do that. The fact that Crusaders of Light is available on mobile and PC means that players can pop in after dinner to do some questing at home, but can also join their guild in a massive raid if they’re on the bus or waiting in line for coffee.

Why not set the adventure free and let players play however they prefer? We think this truly makes the world of Milura feel alive and even parallel to our own. Also, a lot of MMO players have grown up on the genre, and many now have jobs and kids and other life obligations that can make it difficult to sit down at their PC and play for long periods at a time. By making Crusaders of Light cross-platform, our hope is to give players a traditional MMO experience that can work for all players and lifestyles - from weekend warriors to hardcore daily players.

Could you briefly go over the various classes for those that might be looking to get into Crusaders of Light?

Stan: Right now Crusaders of Light features four classes -- Rangers, Warriors, Mystics, and Paladins. Each class, comes with its own distinct strengths and characteristics. You can also build up different skill trees for each to specialize in a certain type of combat or play. The Ranger is a deadly damage dealer that can strike down foes from a far distance with bow and arrow. They excel at speed and ranged combat, and they can call upon the spirits of the forest. The Warrior is a powerful melee combatant that can both deal and withstand great damage, draw their enemies close and pummel them with blows of their axes. They’re the big, heavy foe any hero would fear.

Mystics command arcane energies and have the power of life and death at their fingertips. Their claim to fame is their ability to shield allies from damage, heal wounds, and call down the wrath of the heavens up on their enemy. Having a skilled Mystic on your team is often the difference between victory and defeat. The Paladin is a holy warrior armed with a longsword and blessed with deadly power. Paladins are crucial for any group attack -- they work on the frontlines of battle, healing their teammates while taking the brunt of their enemies’ wrath. We’ll also be launching a new class soon, so watch this space (FB link, click here)

Building on that, what sort of options are present for those that want to play with or against others in the game?

Stan: Being a massive multiplayer game, Crusaders of Light has tons of ways players can play with or against each other. There are guilds you can join who run raids as big as 40 people to take on boss fights and collect loot in Dungeon Raids. You can also go 1v1, 3v3, or 5v5 in the arena battle mode which pits you against other players in a pure test of combat skill, and in our Windwhisper Survival mode, players can engage in battle royale-style play. There are also chat functions which let you communicate with your party, guild or the whole world. We encourage players to join in on the adventure with their friends as we feel that is what makes MMORPGs and Crusaders of Light truly special - the bonds forged along the way.

When first making Crusaders of Light available on mobile platforms, were there any key challenges in taking a MMORPG and making it work on those devices?

Stan: Making a fully-fledged MMORPG for mobile does have its challenges - but we felt we were in a great position to do it, and do it well. NetEase Games has extensive roots in PC game development, and over the past several years, we’ve successfully moved into the mobile games space, with many top sellers both in China and worldwide. With Crusaders of Light our aim was to make a global game that players around the world could enjoy.We also took a lot of care to bring elements of traditional PC MMO to mobile in an authentic way - in particular, bosses with complicated mechanics and flexible skill systems. We also wanted to make movement in the game as natural as possible, by placing a joystick-style button on the mobile version. We also tried to replicate the displays typically found with traditional MMOs. 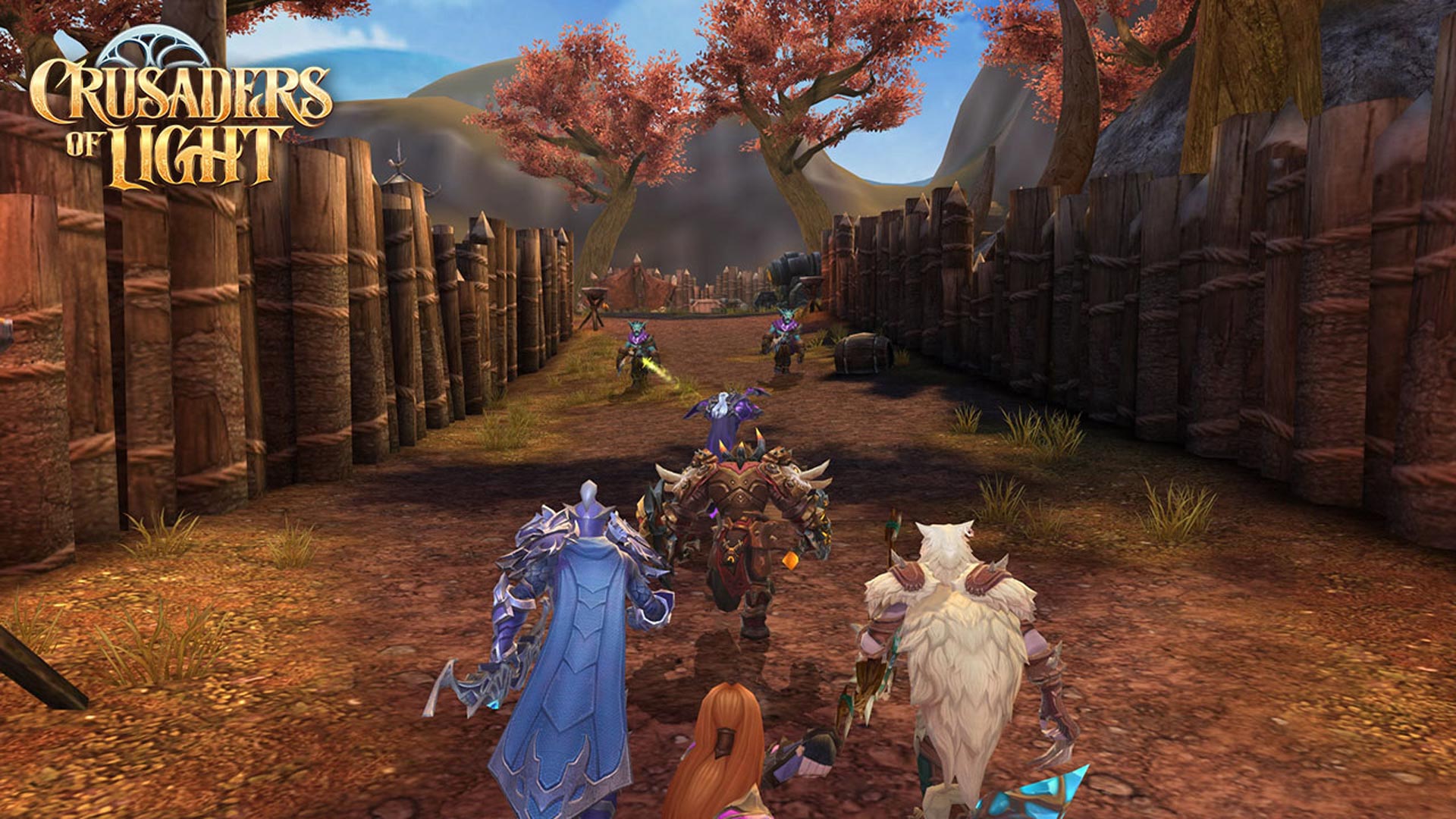 What sort of events can players engage in while playing and do you have any personal favorites you’d like to highlight?

Stan: In Crusaders of Light, there are always new events and challenges everyday -- everything from seasonal events that reward players with limited-edition gift packs to global in-game competitions, like the Fastest Dungeon Raid Competition we held at launch that rewarded one 40-person raid team a $400,000 grand prize. I personally am a fan of the Barbecue Party set on Eastmoon Beach where players and their friends defeat enemies to collect supplies for the party.

We also have an exciting event going on right now. We’re running a Call to Arms event through the month of February that rewards all players who reach Level 55 by the end of the month free Legendary Gear and a Gracious Mega Box with one Legendary item. Players who start a new character during the event, and make it to the top 20 Characters by Character Rating for each server during the event period, can also earn exotic mounts, rare titles and more.

Stan: I definitely want to mention that alongside announcing our launch on Steam, we are also launching a new server as voted for by the Crusaders of Light community. The new server (Ferroc Camp, set at North America UTC -8) will be available for players worldwide, across all platforms. Players can pre-register now