Claudia: A game that we’re particularly proud of is Distant Star: Revenant Fleet. As a rogue-like RTS game, it’s a bit of a genre-hybrid that proved to be an exciting development challenge. We put it into Early Access because we wanted to make sure we’d gotten it right, and the playerbase was very involved in helping us make it the best game it could be. We had to release it earlier than we would’ve liked to, but overall the team is pleased with what we’ve made, and it went on to win a Best Game of the Year BAFTA so that was nice too. (smiley emoticon)

Could you briefly go over some of the changes or additions that were present in the latest update?

Claudia: Our latest Remasted update is the first one we’ve done in a while, so we wanted it to be a good one! We added Achievements, a few major bug fixes, a Christmas level full of holiday goodness (including a bludgeoning ham), and last but definitely not least – DOORS! The players have been asking for doors because it changes the gameplay somewhat (and doors were able to be opened and closed in the original). We actually preferred the feel of the game without doors and that was a conscious choice we made, but at the end of the day, we want the players to love this game as much as the original, so it made sense to put doors back in. 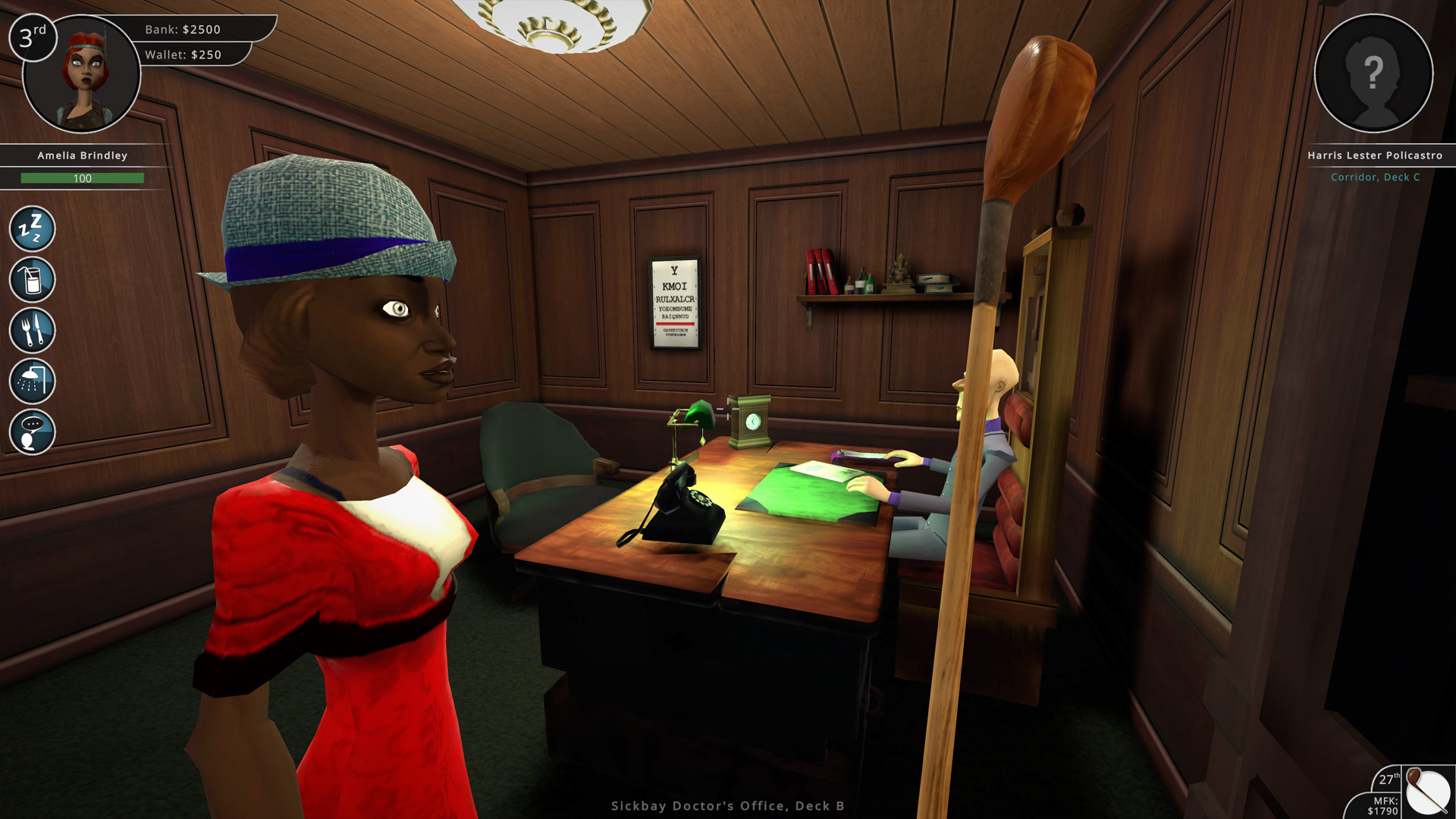 Prior to the recent update it had been quite some time since there was anything new in the game, can players expect quicker updates going forward and are you able to tease what might be worked on next?

Claudia: Yeah, it had certainly been longer than we would’ve liked. A lot has happened at BG over the last year – we’ve opened another studio, hired lots of new people, and started work on a few new games that haven’t been announced yet. In amongst all of that we’ve been pushing to find time to do updates for the older games in our portfolio, and this has been the first opportunity in the dev cycle of our other games to do this Remasted update (as well as supporting our other titles, too).

Ongoing support is something we hope to get better at as a studio, because we expect the same from games that we play and love. So, with all of that said – yes, we are hoping to continue doing smaller, more regular updates as we go along, as well as bringing back our semi-regular Play With The Devs to encourage players to jump on the servers at the same time!

What was the process behind working on this Remasted version of The Ship and what were some of the key goals when improving the game?

Claudia: Our main goal with Remasted was to bring a game we loved up to date. We also wanted to improve the visuals and make the gameplay a bit less clunky in places. We had to port everything from Source into Unity, which was not a small undertaking, and many gains we hoped to make by having the original code were negated by issues we had with networking, servers, etc. – and trying to do it all without a network programmer!

Our hard-headed optimism more or less won out in the end, and what’s there is the result of a lot of hard work. The main challenge this game still faces – as with any multiplayer game – is getting players into the servers. Tell your friends, tell your parents, tell strangers on the street! It’s good fun to bash your friends with wrenches while trying not to be shanked in jail. (smiley emoticon)

There’s a wide range of weapons present, what’s it like to balance them out while still making them fun to use?

Claudia: Balancing combat is one of the trickiest parts of games design, and Remasted was no different. We overhauled the weapons balancing system as each weapon originally had varying speeds and damage that didn’t quite work as intended with the MFK (Murder for Kills table). Now each weapon type does roughly the same amount of damage as all the others, so that no one weapon is too overpowered. We spent a lot of time playtesting this, and we think it’s in a better place now. 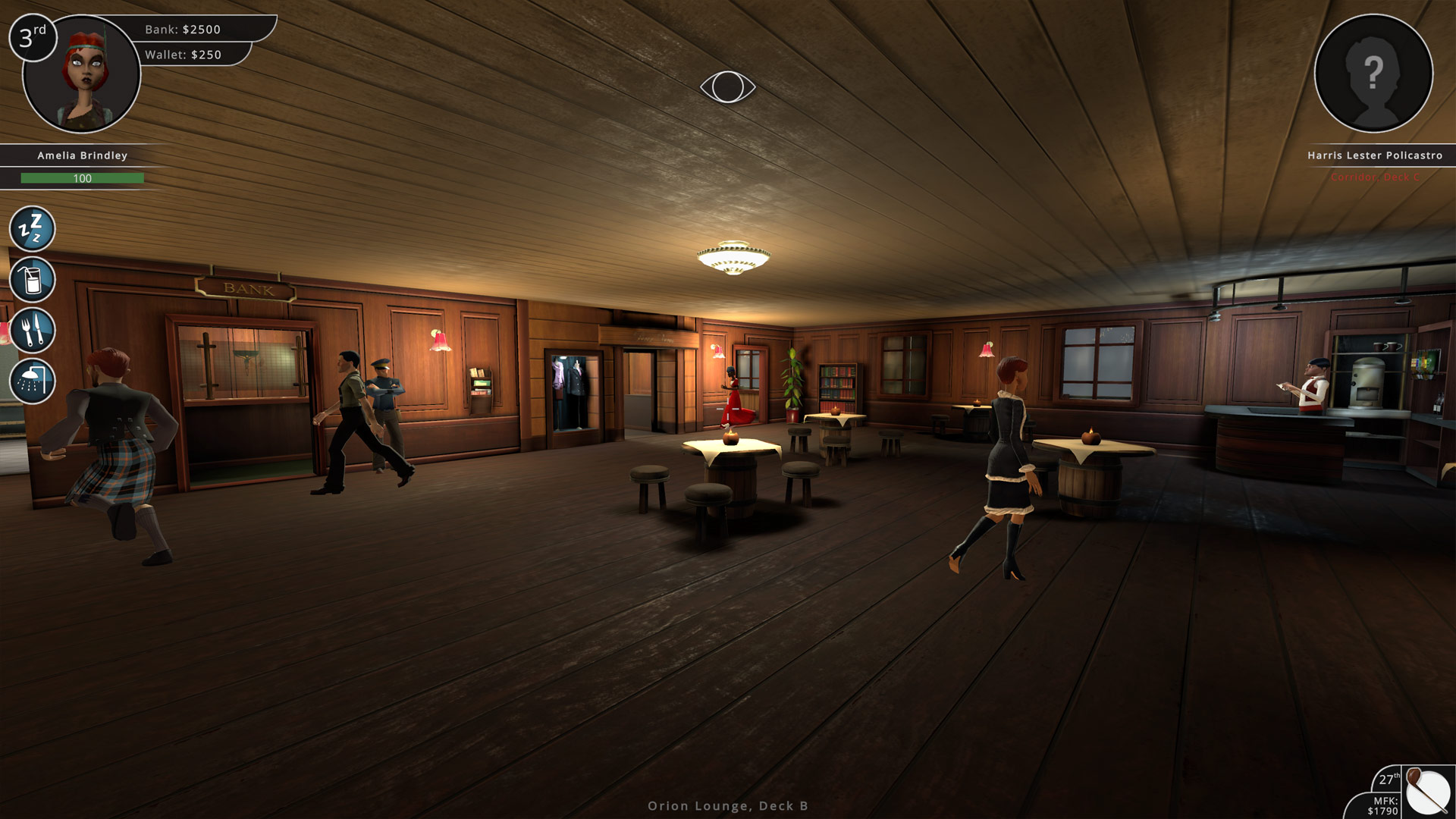 The game is mainly about eliminating targets, but there are lots of side activities to take part in that are either required to keep up health or for leisure. What were some of the key activities that were must haves in the Remasted version and are there more planned in the future?

Claudia: Needs were one of the key features in the original Ship game so there was never any doubt that they’d be in Remasted. They’re also a big part of what makes it fun – getting murdered on the toilet must surely be what The Ship is all about? We don’t have any new ‘side activities’ planned at the minute, but if the community wanted them and we felt like it was a good fit, we’d certainly consider it!

Could we possibly see The Ship: Remasted appear on consoles down the road? I feel that the game would work well there.

Claudia: We think so too, and we want to get Remasted in front of as many people as possible! As a company we’ve haven’t yet put one of our games on a console, but we’re actually exploring it right now (just one more of the many things we’ve been up to this year!). We recently ported Distant Star onto Mac and Linux, which was also a first for us. So, hopefully more of that to come!