Mel Kirk, VP of Publishing, Zen Studios: Zen has been producing pinball tables for more than ten years, and has created tables based on some of the biggest brands in entertainment such as Star Wars, Marvel, South Park, The Walking Dead, Family Guy and Aliens. We have created other successful games such as Planet Minigolf, CastleStorm and have recently released our Planet Minigolf reboot, Infinite Minigolf, currently in Steam Early Access.

Being a Marvel Pinball collection and for those haven’t researched it could you go over some of the included tables/Marvel characters that will be featured?

Mel: Marvel Pinball Epic Collection: Volume One features some of the best tables of the Marvel Pinball series, including my all-time favorite Marvel Pinball table, Spider-Man. This table is one of the very first Marvel Pinball tables released but it still stands up today without question – the design and table flow really shine and the game is so much fun to play. There are some really chaotic moments, like when Mysterio mode activates and the flippers go inverted and the controls are swapped! The rest of the tables are amazing in their own right and include Doctor Strange (go see the new movie, I hear it’s fantastic!!), Iron Man, Marvel’s The Avengers (one of the most popular tables we have ever done), Marvel’s Civil War, Venom and more. 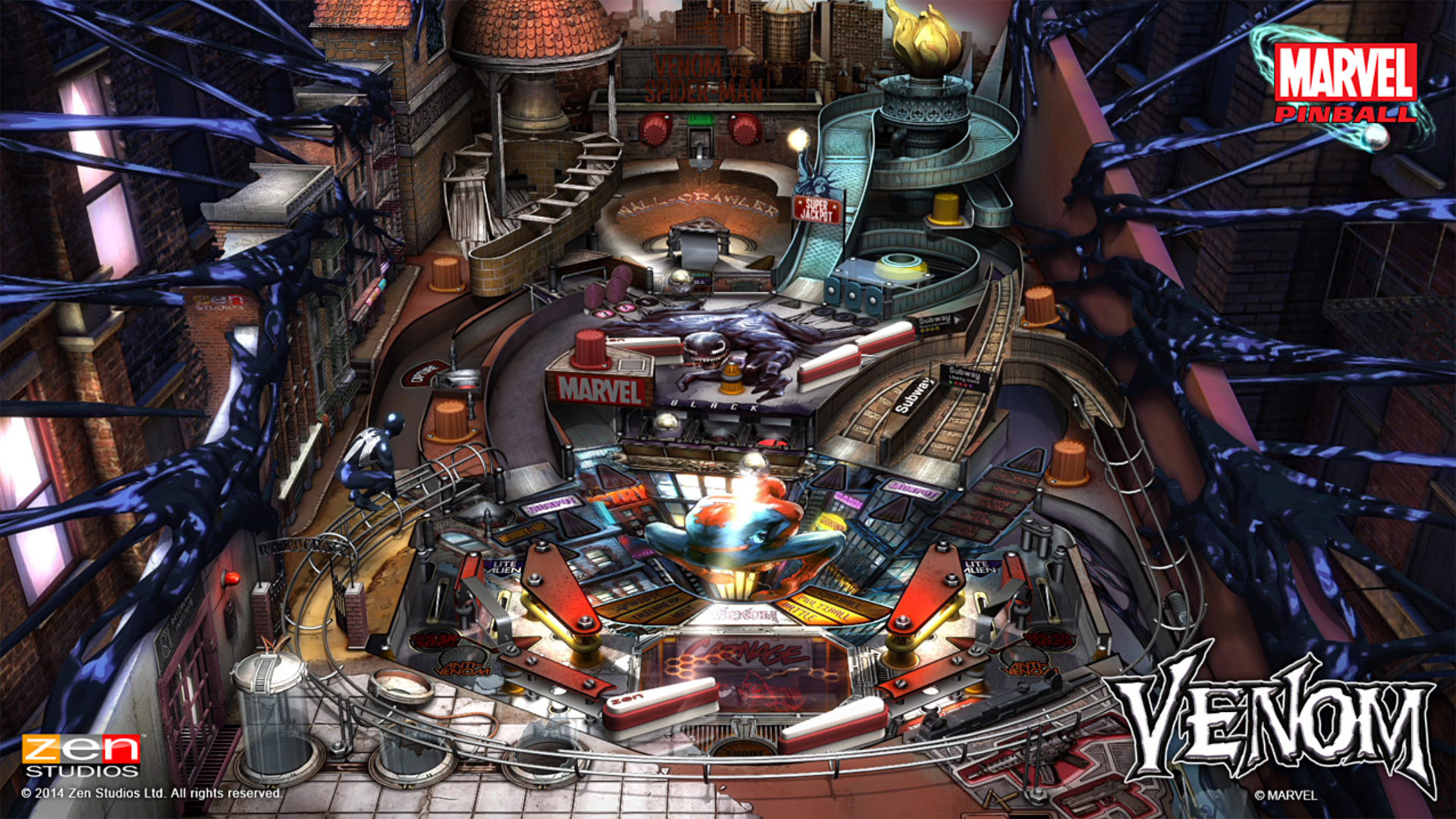 When deciding the roster for this pack which characters did the team feel were essential in this first volume and which of the included tables are your personal favorites?

Viktor Gyorei, Head of Studio, Zen Studios: In the past years we worked with many Marvel characters: classic ones, film-based ones, and those from the latest comic runs. Thus, Marvel Pinball has quite a far-reaching character roster, and it wasn’t easy to pinpoint the ones we want to include in this compilation. We ended up picking some from everywhere – Marvel Pinball Epic Collection: Volume One has fan favorites and characters that the average Marvel fan will have problem recognizing, ranging from ant-sized to enormous.

It is always hard to select our favorite tables since we love them all, but the Venom table is definitely worth highlighting, as is the film-based Ant-Man table.

With this being a standalone from PinballFX2 will the tables be importable into the regular Pinball library or will this be a completely separate experience and if so will this include a fresh set of Achievements/Trophies to earn?

Viktor: Marvel Pinball Epic Collection: Volume One is a separate experience; a unique mix of tables that are not importable to our existing pinball libraries. There area number of achievements/trophies we previously used on the different platforms, and while the goals from the current set are not entirely new, players may not have encountered them combined in this way. 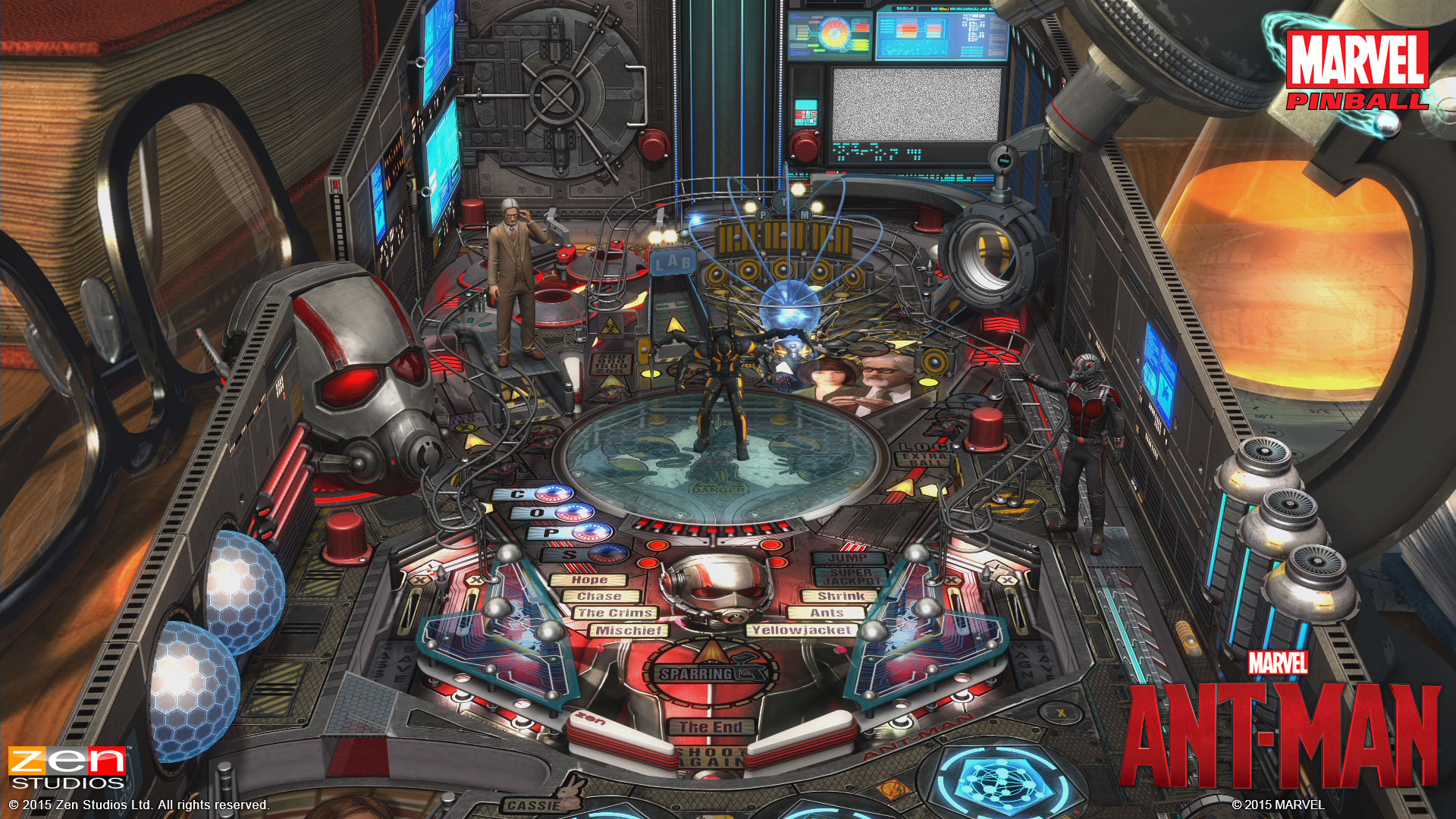 Could you describe the process involved in creating the Marvel tables such as choosing the layout, selecting characters and working with Marvel?

Viktor: It is easy to think that it doesn’t take much to create a pinball table, and that we just “re-skin” our existing tables for new heroes. However,the reality is that participating characters, their signature moves, itemsand appearance do determine a table’s flow, the toys and their positioning, the amount of special effects used, the voices we want to hear, and so on down to the tiniest details. We usually process one or more stories that determine the participating characters. These characters, their items and their environment describe the layout and the unique objects we place onto the table. Of course, we always need to be on brand, so whatever we replicate in the language of pinball goes through numerous discussions with Marvel.

What is the process behind the creation of the missions within the tables and what are some goals when setting them up and working animated characters or special table effects into the mix?

Viktor: The participating characters, events, and environments always define a good number of story lines we could introduce on a table. Of those, we select the ones that best describe what we want to tell, or those that can have the most spectacular representation on that very table. For example, the Doctor Strange table offered many opportunities to let us (over)use special effects in magical fights that have never been seen before on any of our tables, while Civil War let us use special game mechanics that focus on the clash of the two heroes. 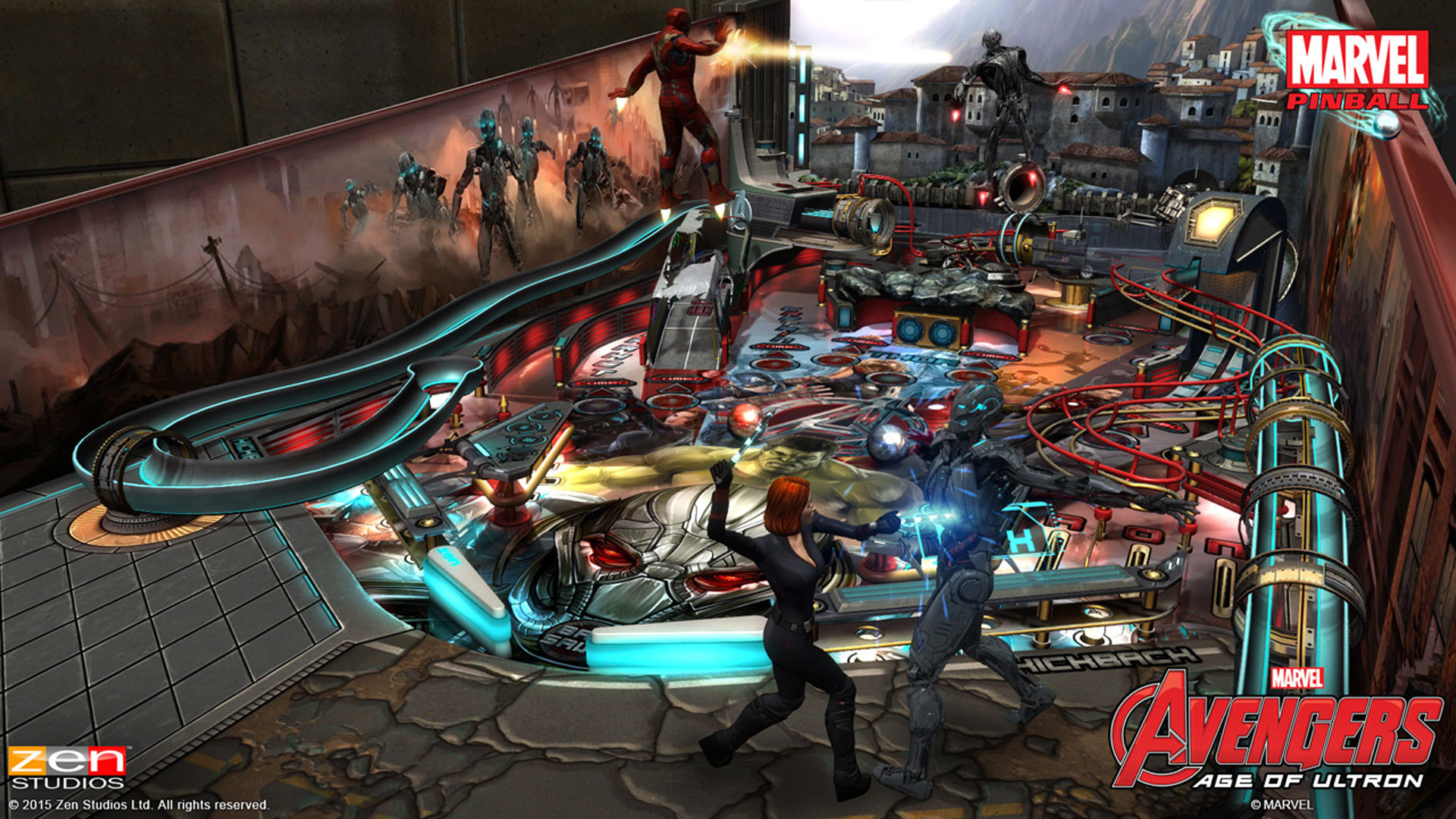 Looking forward are there any planned PinballFX2 tables coming in the near future that you can discuss? If not are there any Marvel characters/groups you’d personally like to create a table based on?

Mel: There are new tables coming for Pinball FX2, however I cannot say what they are at the moment. Just keep an eye out for announcements later this month. We did recently release Marvel’s Women of Power featuring two new tables based on the awesome ladies in the Marvel Universe. Fans seem to be loving the direction we took with the tables. We had been meaning to do this for a long time, I am glad that we finally made it happen. Other tables that we would like to see happen are Secret Wars, Inhumans or Defenders, which are getting huge because of the new Netflix shows.

Mel: Thank you for taking the time to talk with Zen Studios, and thank you to all the players who support us!