Paladins is an intense arena based shooter that's somewhat similar to Overwatch, but a free to play offering from Hi-Rez. I continue to go back to play this game as it changes in early access as it's a ton of fun and I feel there's great potential for it. Being a free to play is also something that's sure to gather attention to at least try and I suggest doing so. The game has players pitted on teams and then they battle for a central point. Once this area is captured, the team that did so will push it towards the enemy base. Think if it like tug of war with pushing instead of pulling and it's really fun to play.

The game features a wide range of characters to choose from before each match starts and they can be customized through items you gain in unlock packs. Each character has their own set of abilities and style with a wide range of personalities in this medieval yet technologically advanced world. I'm personally enjoying the distance support characters such as with Cassie. During the match you'll gain coins for abilities and it's very fast paced. I love this aspect as games can be done quickly and feel like no time at all. 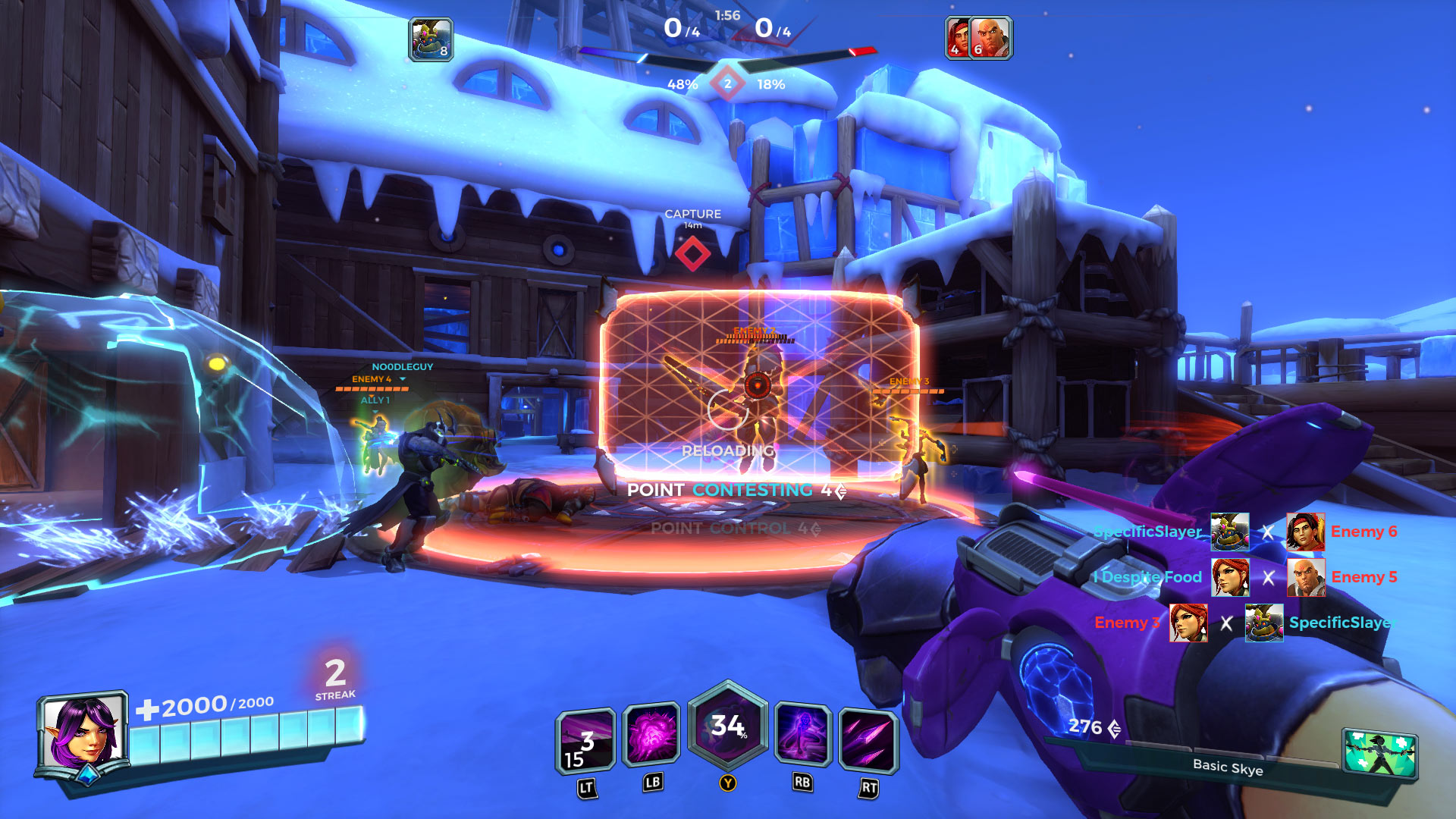 Paladins is also looking very polished with a smooth frame rate, gorgeous cartoon-like graphics and intense gameplay. Everything is fast paced whether that's with how quick you can die or just the pacing of objective movement. It's hectic at almost every moment and you rarely have time to look away. This all builds towards what's a fun time, I really just enjoy playing this game. It's got some addictive elements to it with the speed of play and the exciting combat. The maps feature great variation and with new additions it seems like they have a wide selection. The maps are also all well designed and I no complaints on the flow of them thus far.

Paladins also carries a strong balance for gameplay with most matches being completely even. There's a good amount of abilities present whether that's players providing shields, working together or even doing their own thing with flanking and it works well. I think that Hi-Rez has a fantastic game and while only in beta, it will surely be a big title upon its full release. With the open beta for Xbox One and Playstation 4 it's definitely worth checking out. I'm sure you'll certainly enjoy playing it like I have and will frequently visit it.

Impressions Made on Paladins during the Open Beta on Xbox One