Conan Exiles is the latest open world survival game to hit Steam Early Access bringing with it a typical style of survival play that you're most likely well acquainted with. This being that the game plays very similar to Ark: Survival Evolved just without the dinosaurs and a more brutal design. Not to say this isn't its own entity as it does carry the Conan brand, it's just very much the same game. Starting out with nothing and a wide range of customization options including endowment with crazy realistic options you are sent out into the harsh world. This world can be composed of a local single or cooperative session with the option of online servers. These servers can be up to 70 players at launch which is impressive and very lively considering people haven't spread out too far yet. The online is actually quite fun as you battle others though incredibly laggy with nasty rubber banding which makes PVP combat ridiculous. I quite liked how graphic it could be as well since combat can leave players dismembered in a number of ways making combat when it did work to be brutal and awesome.

Another interesting feature aside from endowment is nudity which you can choose between options when first entering a server. In many other titles this just isn't an option and I suppose that helps build on the Conan name by offering this adult style of gameplay. The game looks great offering wide deserts with some interesting tropical pockets of trees though honestly I haven't explored very far out so I'm not entirely sure just what sort of biomes are present. I've spent most of my time learning the basics of survival which include collecting resources, crafting basic items and building shelter. Like with most survival games you gain XP while playing or harvesting and then can improve the character along with unlocking new crafting recipes. These allow you to build a wide range of things whether that's for helpful domestic aspects of life or combative. I tried to mix things up between building and being combative with others to get a feel of all aspects. The building is easy and it's great to get a spawn point going as combat is a drag. Most AI creatures just stand there getting attacked whereas regular players literally fly around as the game is not great for online play. There's certainly promise with Conan Exiles as its fun to play, but really is just another survival game on Steam Early Access. It'll be interesting to see how it fairs on Xbox Game Preview as that's due in Spring 2017 and I'm further interested to see how this one will progress on Steam Early Access in regards to updates or general support. 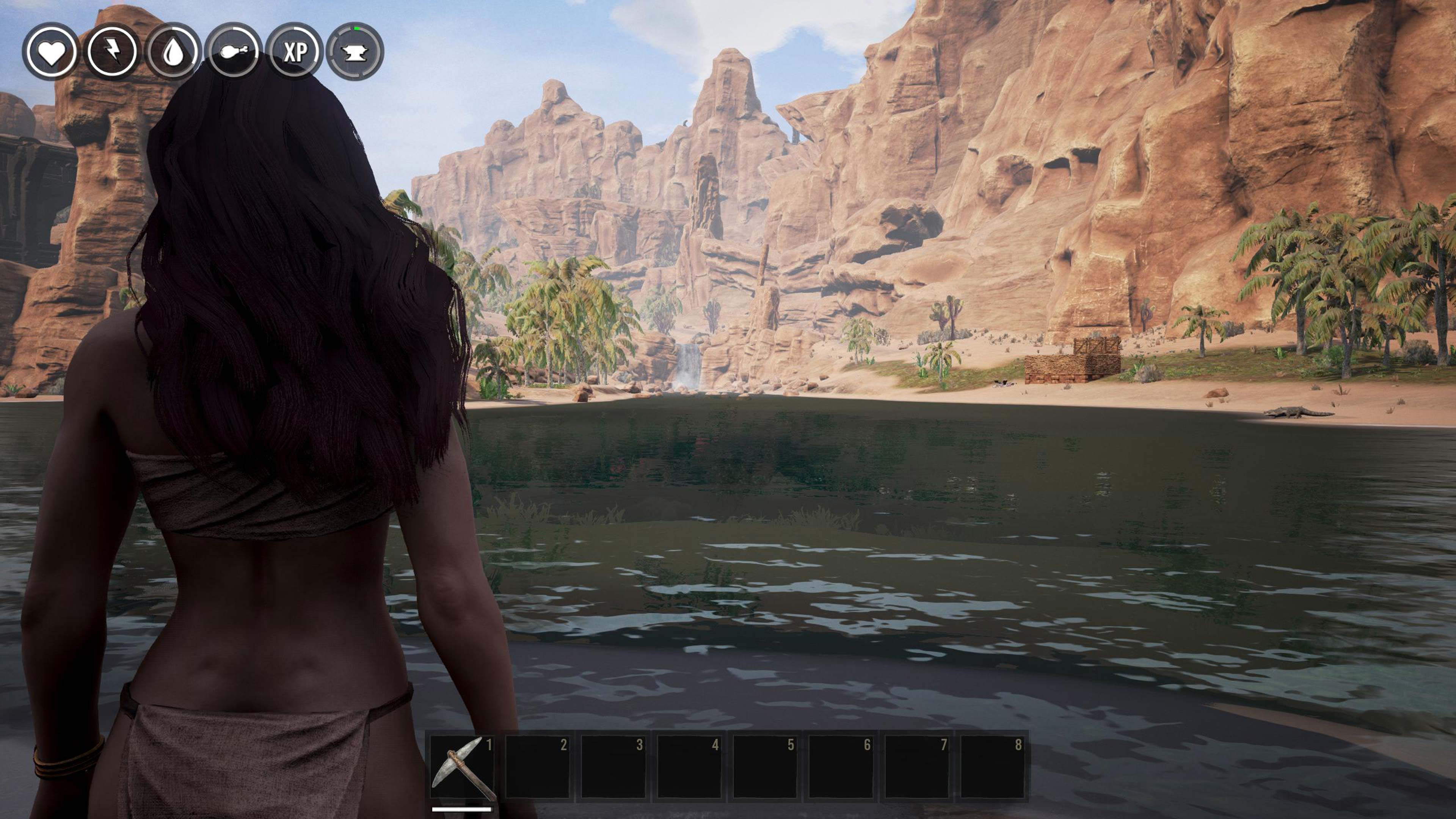 Impressions Made on Conan Exiles on Steam Early Access