Black Desert has been a MMO game I've been dying to play ever since I saw the first character creator videos being posted online. Back then the game was only available in a foreign market though the desire for the game from people was met with a western port and I got to check out the beta this past week. Now, I want to make it known before we dive into things that I don't personally burn hours of game time in betas as it all gets reset for the final title. These impressions are therefore based on repeating the initial area a few times with some differing characters. First off, this game has the best character creator ever available with the amount of depth actually being overwhelming. The image below displays a general outline of the various areas and for this first part of the impressions this is all I'll be discussing, go lower to find out more about gameplay if that's your interest here. 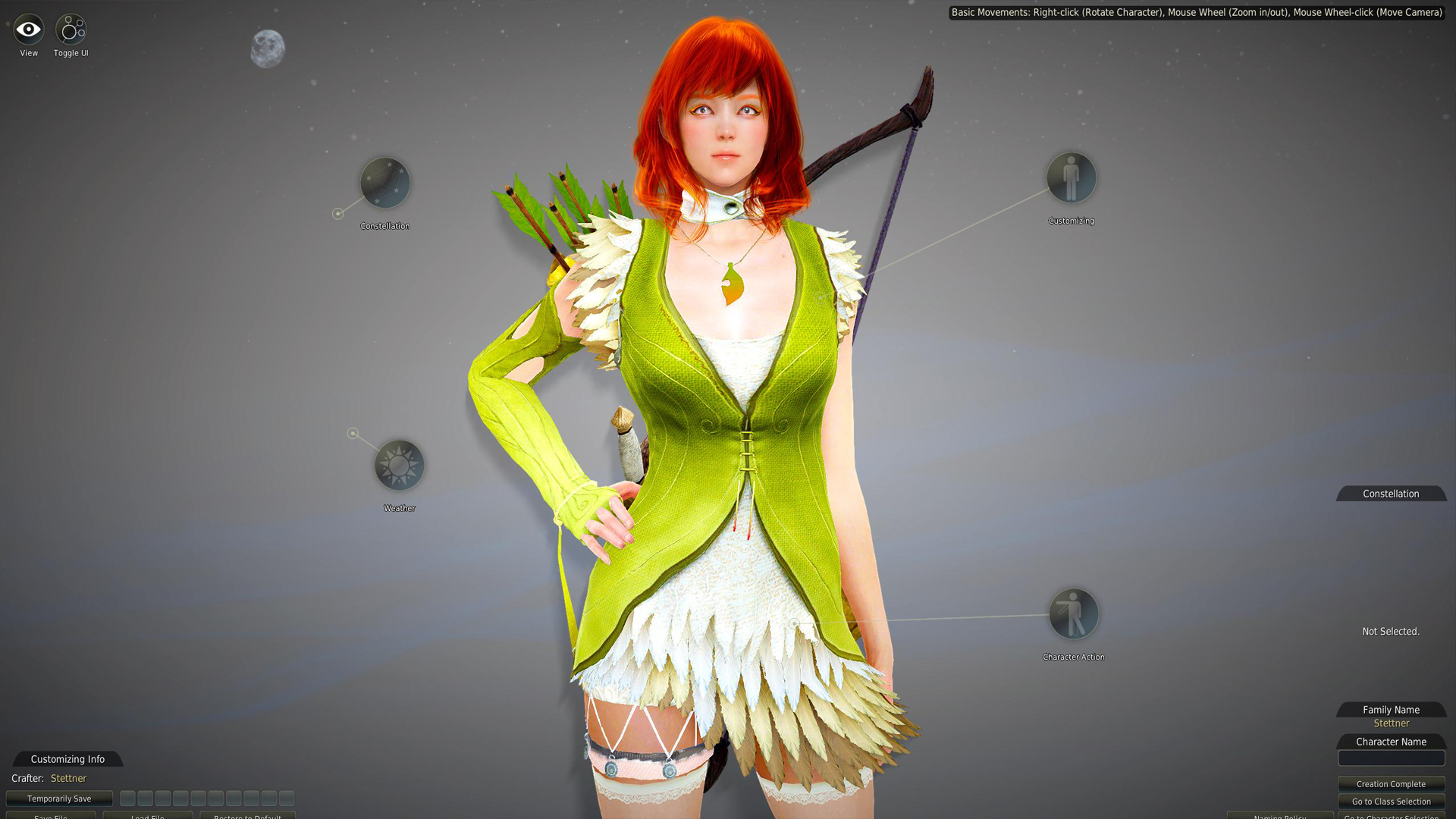 With the creator we have four distinct areas that make up the system and each has a variety of sub-areas to edit. The area on the top left is your Constellation, this will have a bonus impact on your character throughout the game. The bottom left button is the weather and that just changes the lighting appearance your character looks at while you work on them. Bottom right is your character action which is basically a style your character has to them whether that be with a laugh or more serious look. The final area which is the customizing button is where the true magic happens as that's where all main customizing options are. Again, in this area I completely had my expectations blown away as no other game has a character options like Black Desert does.

The body is split into multiple traditional areas with each having sliders and various color items. What really makes Black Desert standout is the ability to sculpt portions of the body. The central areas including arms, legs and body have well over twenty various points that can be dragged around anyway you want. This allows for unlimited portions for how your character looks all over. The method is repeated on the face which has about fifteen focal points to edit, that's crazy as it makes the face look exactly how you'd like. It's also as simple as just dragging the various sections in whatever shape you want, nothing complex at all about it. There are also crazy amounts of editing for hair and the eyes. Eyes have three distinct areas which can all be incredibly tweaked though I personally had issues getting that part right. The hair can be tweaked by length, color and curl. It can also be pulled outwards or inwards as well if you'd like. I feel this bit of writing touches the key aspects of character editing, feel free to ask questions in the comments if you want to know about something a bit more. 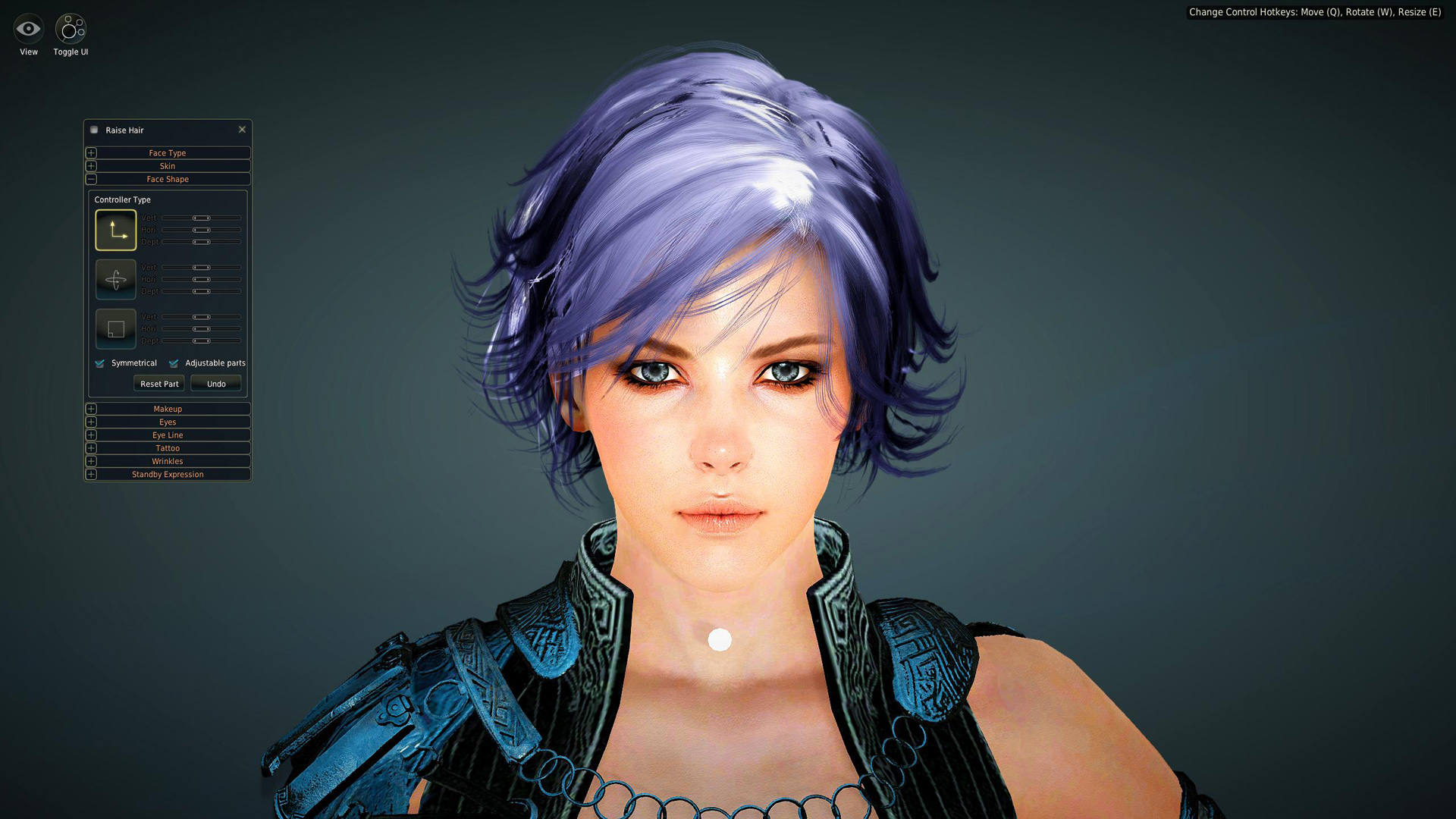 From the few playthroughs of the first area I did with my characters I found it to be largely the same with all of them. It all revolves around collecting a health potion to heal yourself from a weird tired spell. It honestly looks like they were hung over of something, but the story is about the same. I also found it odd that classes were binded by gender which I've never seen before in a MMO, maybe I was missing something but couldn't find the options or players that defied the classes. The character I progressed furthest with was my first created male which was the warrior class. I was trying to emulate myself, though didn't quite hit the mark with that yet I was still pleased with the result. From the very moment I loaded into the game I was amazed by the detail and quality of the world. This will definitely take a hit out of your PC to run this as I had to drop down from full 4K to get a decent frame rate going which doesn't happen to often, but more as of recent with these games. Furthermore I really thought it was get that they managed to make characters blend in well despite even the wackiest of color schemes.

After talking to some visually striking NPC's which were somewhat bland in discussion I was set off to fight a series of creatures. I really do more depth is introduced later on as it seemed to just be a half hour or so of continuously killing various animals. You're also guided by this odd black cloud which reminds me of Navi from Zelda which is just as annoying here. I killed everything from mystical type creatures to real ones like foxes in the mix. While it wasn't the most exciting I got a good look at level progression, combat and the scenery. 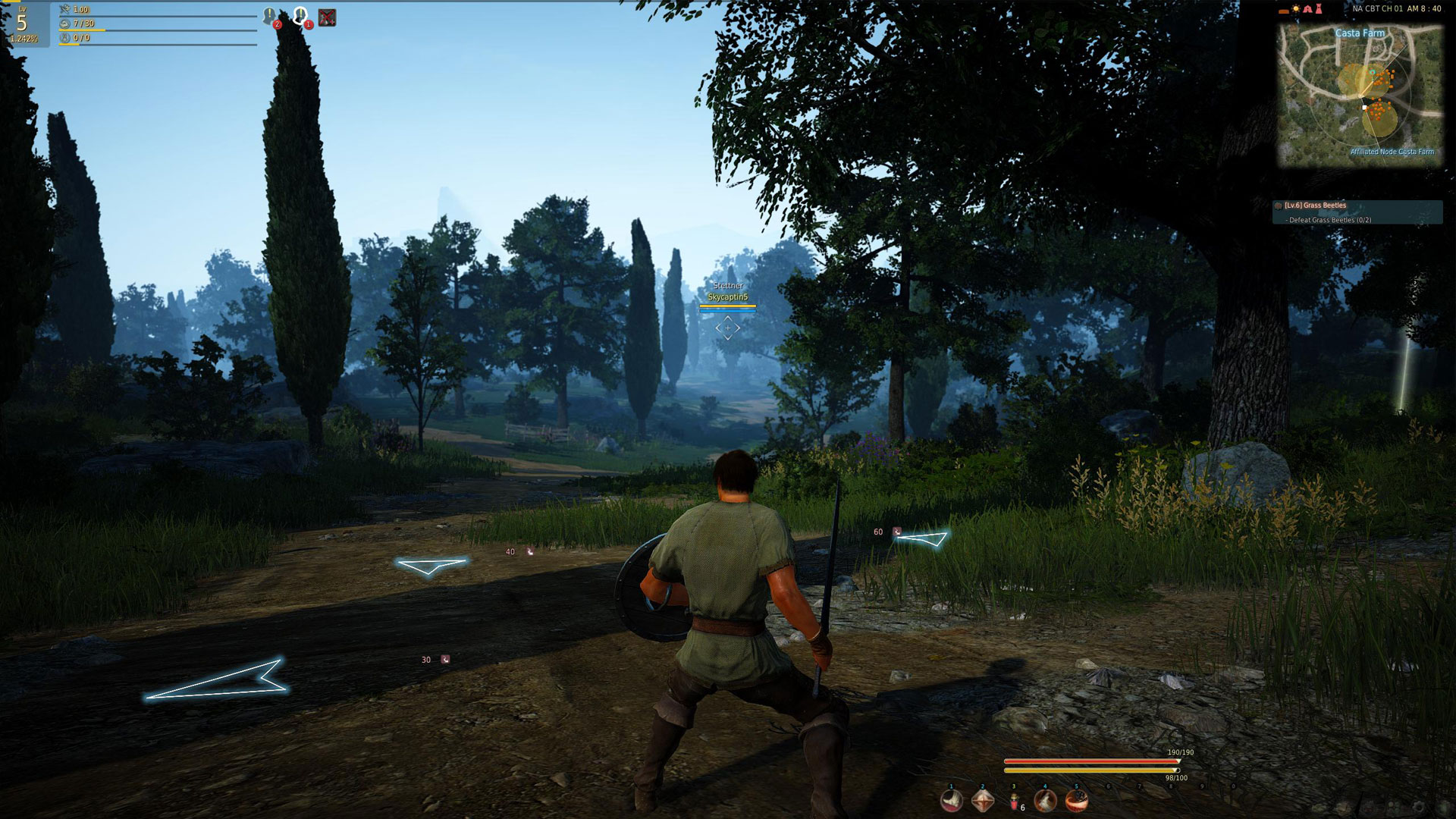 Level progression was fairly quick, though that very well might have been just accelerated in the beta platform. When you level you get the usual MMO perks and a series of new perk trees to work through. These were mostly combat based and the tailored to the class without much choice. It seemed to very much guide me through a tree instead of choice, hope there's better options at a higher level. The combat was smooth, quicker and full of fancy mystic sparks flying around. It was a real treat to behold, especially when combat included multiple players. The speed of combat also made it hard for me to grab a good screenshot though from the image below I feel I did a good job in that regard. There are multiple binded moves to mix within your standard combat abilities.

Even at a low level the amount of effects in the air from multiple people fighting in a close space was amazing. I can't even imagine what the higher level battles will look like as it was already impressive. Everything also felt fluid when in combat and the abilities transitioned well together. The variety of enemies present was also well done since there was such variety despite not traveling far and within those species were a good variety of classes. The imps for example had warriors, wizards and amulet plots to name some of their devices. I felt this was a good quick view and definitely need to limit myself here, if you have further questions about the game let me know. Additionally check out the scrapbook I made of my play time which includes more screenshots. 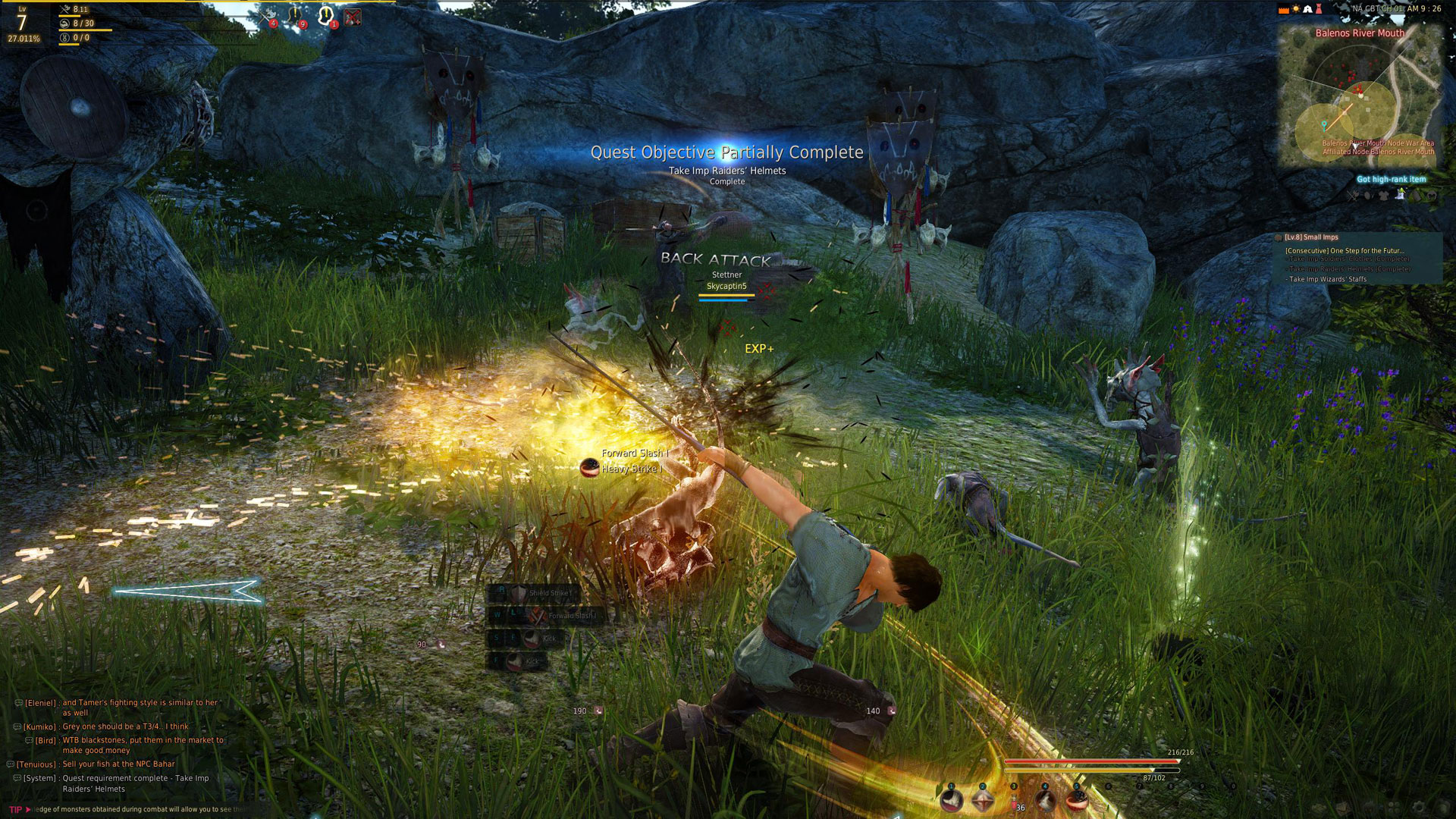 Impressions Made on Black Desert Online during Beta on PC