Memories of Mars is a survival game based on the red planet where you attempt to scavenge for resources, battle others and craft items or buildings. It's what you'd expect out of a survival game based on the environment with an arcade style of movement that's geared more towards being fun. It's technically just a natural movement one would be used to, yet not authentic to Mars. No complaints with that, thought it was worth mentioning. I was in a developer led preview session where we got to go over basics, attack a position and then battle others. You choose from a selection of spawns and go out into this open world in an attempt to survive. It does look rather beautiful presenting an expansive area with the full Steam early access version being larger than what we got to demo.

This was but a small taste of what was possible and it was impressive. Now, I have played a couple Mars based titles that are similar in recent memory and this is quite a clean version. It has elements of survival since you manage oxygen, food and so forth though it wasn't too weighted on the experience. Keep in mind that for these types of sessions press are given boosts and similar bonuses to make sure we get a smooth time while testing it out. Things started with me being separated from the group since I didn't initially know what was happening and then I broke a leg. This made me slow and I couldn't jump, but after death it all got good again. We got to test out some base building where you take raw resources and craft things. You can build regular structures to survive in, weird forts or generally make helpful survival items. This includes materials to excavate from the planet or materials like bullets.


Memories of Mars features a number of customization options from changing suit patterns to colors, it's a nice extra. After crafting we headed towards this creature fortified area and battled some AI type offerings. The world is hostile aside from just the human presence so you'll have to tread carefully. Once we were done taking a look at what sort of wild things we could battle it was time for some PVP. We were given some more powerful weapons; bullets, barricades and grenades to tackle an enemy outpost. The press tour group was set as a clan so we could all see each other and so were the developers or whoever they had set up against us. It was a blind raid getting shot down at from a building so I flanked after a death sneaking into the base.

There's definitely some interesting and appealing aspects to Memories of Mars. It could work well as an early access title as the base mechanics were smooth. There seems to be a decent amount of content and the environments were lovely, feeling authentic to their Mars aspirations. The free roam part was also great since I went off on my own, that's basically where we ended things. From my initial look at the game there's some potential here as a survival game and it'll really come down to what sort of compelling aspects are included within it once the game launches in Steam early access and afterwards. 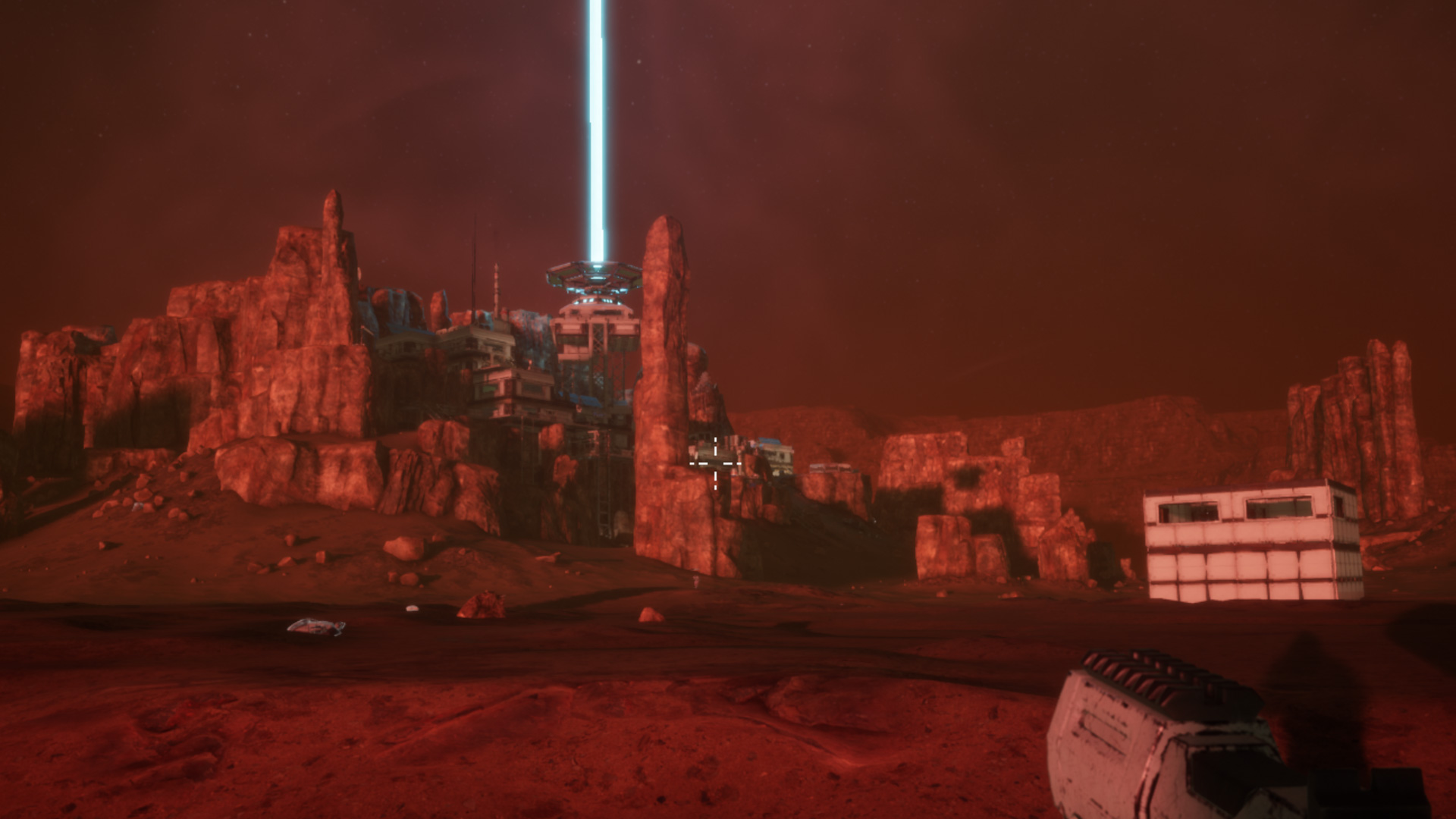