It's been quite some time since we've seen a release in the once yearly series and Assassin's Creed boldly returns after taking some time to truly iron out the experience. This in turn brings a stable and absolutely massive release with a landmass that the developer told me is essentially Black Flag, but all land. I got to see a tease of this with a view of the world map and to freely travel just a tiny piece of it. The rendering distance is insane with far reaching sandy hills, pyramids that rise over the horizon and an open world that puts many other similar titles to shame.

You can view this by easily climbing the beautifully carved out hieroglyphics that line the walls, scaling each rock of a large pyramid or in the sky with eagle vision. This vision has been given a proper upgrade by now granting an aerial view to fly around to target enemies while also providing support when it can. The scaling system finally feels truly smooth whether you're moving up or down.


During the demo I was given an incredible hour to just run around this gorgeous landscape. I'm a huge fan of ancient Egypt and to see that sense of wonder come to life so perfectly was breathtaking. It still carries a certain a level of density in its population, but it's definitely less cluttered than past titles which greatly assists in performance. The citizens all have their own lives and you can partake in small side quests that occasionally pop up. The main mission I was sent on was called The Lizard's Mask and this involved solving a murder mystery of sorts. I had to find what caused a sickness by investigating an area and then dealing with those that caused the problem. This brought me towards a battle camp and I got to experience that classic sort of taking out enemies section that are very well known in the franchise.

After I cleaned up the mess by throwing some bodies into large holes and bringing someone home, I had free time. With this option of doing whatever I wanted, I went through a pyramid and then a mission to kill all the wild life I could. The pyramids act as tombs to raid with minor puzzles and some really intricately creepy designs. I didn't spend too much time here as I wanted to get a sense of the world and fast travelled out after walking around for a bit. I had this weird craving to hunt any creatures I could and spent the rest of my time doing that. I took out large crocodiles (maybe alligators), flamingos, random birds with the help of the eagle and some large hippos.

I couldn't however kill chickens, the developers mentioned they just might not have hit boxes yet, I'll get those chickens yet! Anyways; I was really happy with what I played of this Assassin's Creed, Origins is looking great and rather stunning in the 4k 60fps setup I got to try. It's got fantastic performance, the look of the world feels so authentic to a part of history I love and it seems to have some interesting characters. I didn't get to see a lot into the characters, but I can definitely see a love interest there and I'm intrigued to see how that will play out. I feel that this game will definitely renew interest in the franchise and they're once again headed in a strong direction. 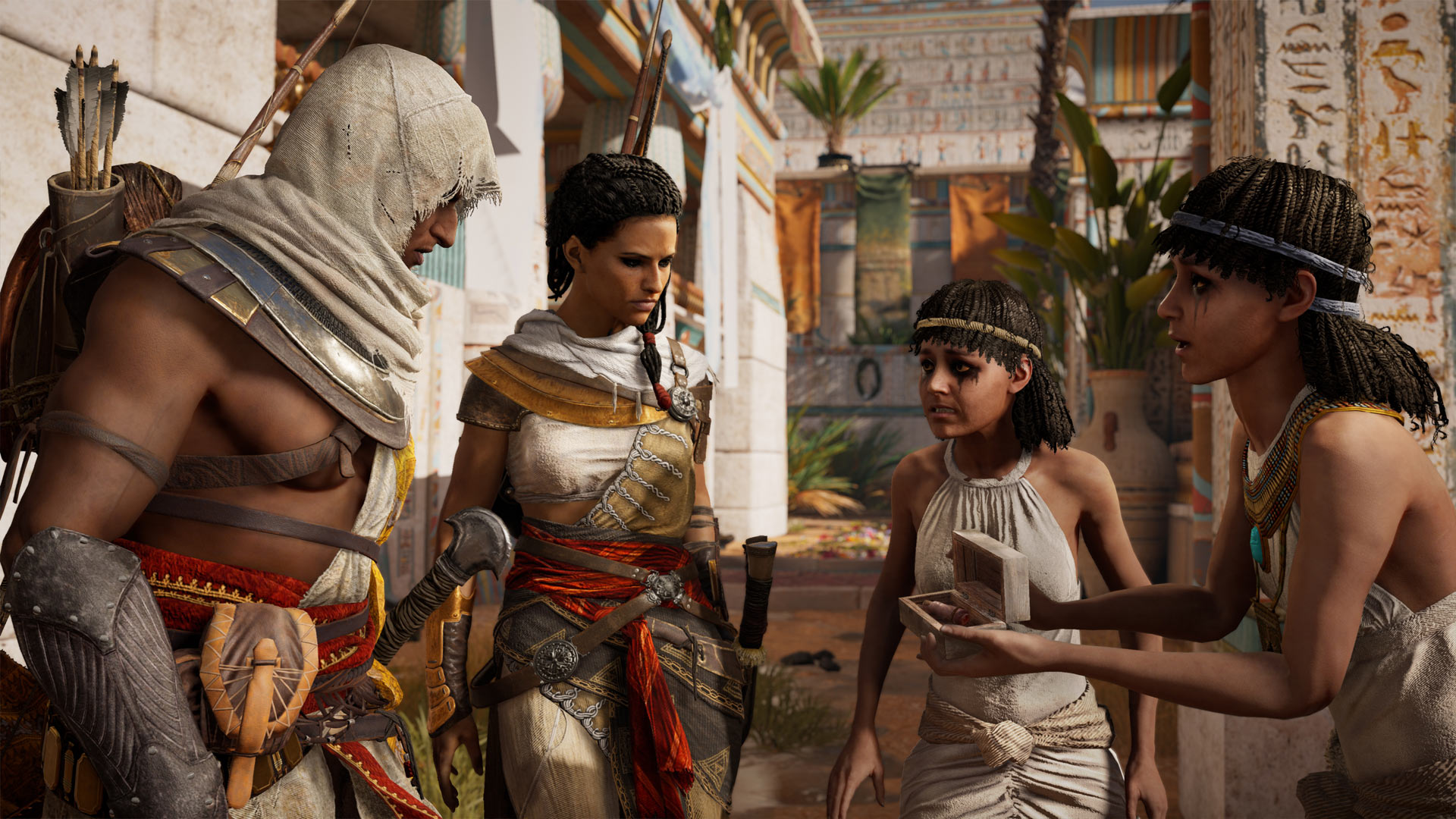