The Nintendo Switch is actually doing very well during its launch year with a wide range of games and upcoming titles, among those is of course the legendary Elder Scrolls V: Skyrim. This game has been ported to everything, remastered and placed on any console or device that can run it. With that, it's still a huge deal and I know many Nintendo Switch owners are really excited about this game. The possibility of taking this sort of epic RPG anywhere with you and then settling at home to play more on the big screen is exciting. While at Pax West 2017 I got to check out the latest build of this running on the console, I was sent down a dark and rather spooky hallway to a Nintendo room. It was all rather ominous quite honestly and that's where I got to enjoy three huge titles coming this holiday to the platform.

The first and I believe the longest time for this booking was spent on Skyrim. I had questions, they had some answers and I'll provide the details. The first thing I was really curious about is just what version of the game this is, back awhile ago I wrote about this not being the Special Edition and I was somewhat right. I was told this is its own special thing not being the Special Edition while also not being the standard release from the Xbox 360/Playstation 3 era. This is simply what they're calling "The Elder Scrolls V: Skyrim Nintendo Switch Edition" and the graphics honestly fall more towards the original release. They're not at all bad, and most likely a mix between the two and I've spent quite some time watching videos to try making better comparisons between the various versions. It's quite a touchy subject for people around the game and I do feel that the Special Edition looks better than what I played. 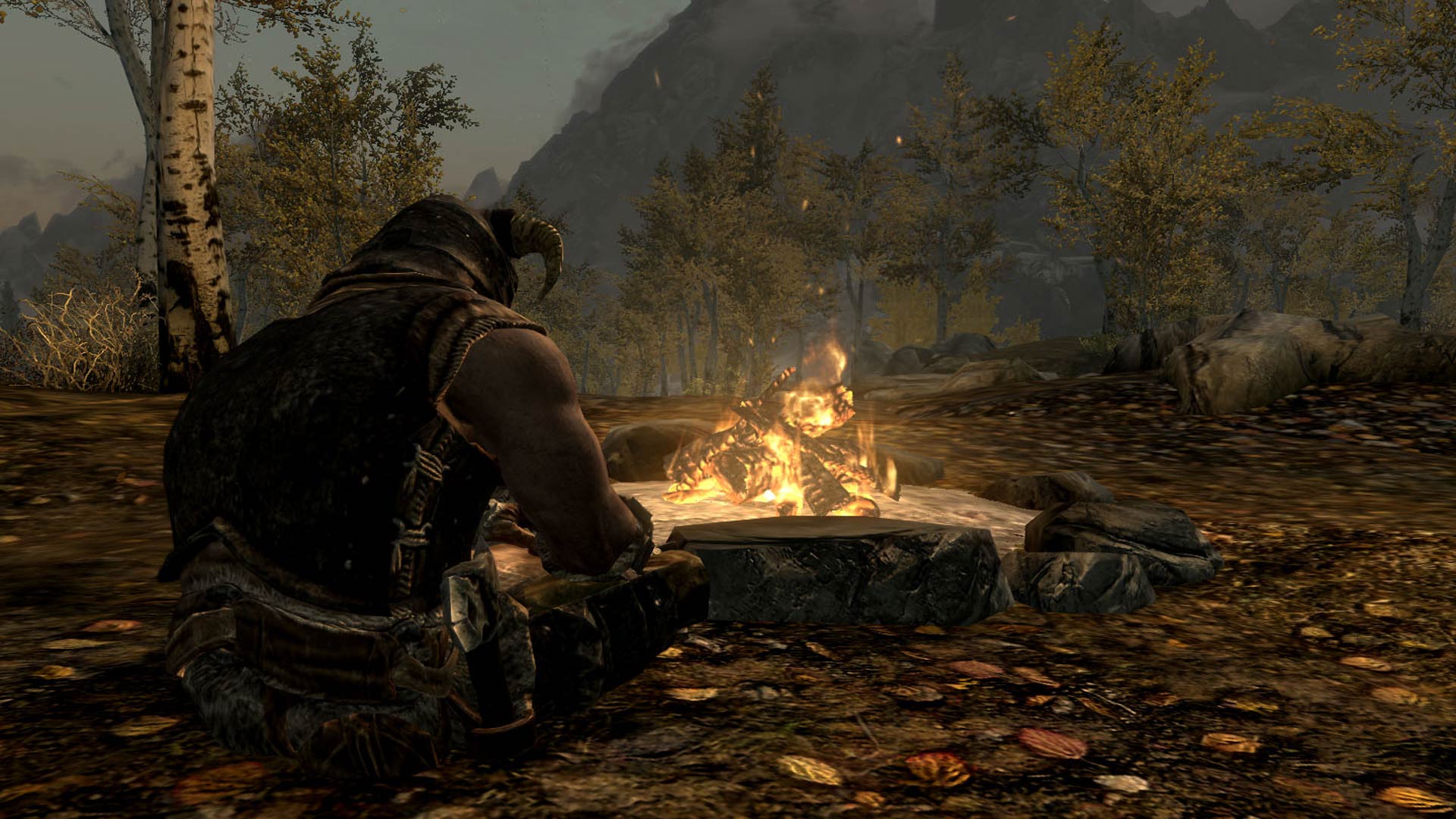 The photo above is basically just one of the mods from Xbox which helps bring in my next set of information. If you're wondering why the photo isn't from the Switch, I wasn't given assets and there aren't any in the Nintendo or Bethesda press areas currently. Going back to mods, this version of the game will not support any whether that's in the form of the Bethesda.net area or custom (obviously). That's what I was told from the representative and while mods are awesome, I feel they might hurt performance for this particular version. With that aside, the game runs really well coming across as smooth and incredibly fast.

The loading between areas is almost nothing and death feels like it doesn't matter with how quick you come back afterwards. I was impressed by this and how well it ran whether I had it docked or undocked. I did notice that while the rendering is far, the console struggled with having the distance stay solid. There were some portions of it that weren't loading in correctly and or were quite blurry. This was harder to see on the undocked version since the image wasn't as large though between having it docked or undocked I didn't see too much of a difference with quality. This point wasn't in regards to the far distance though hopefully before release it gets just a little more optimization to clear that up. It's not a huge deal as many won't care, but just something to mention. 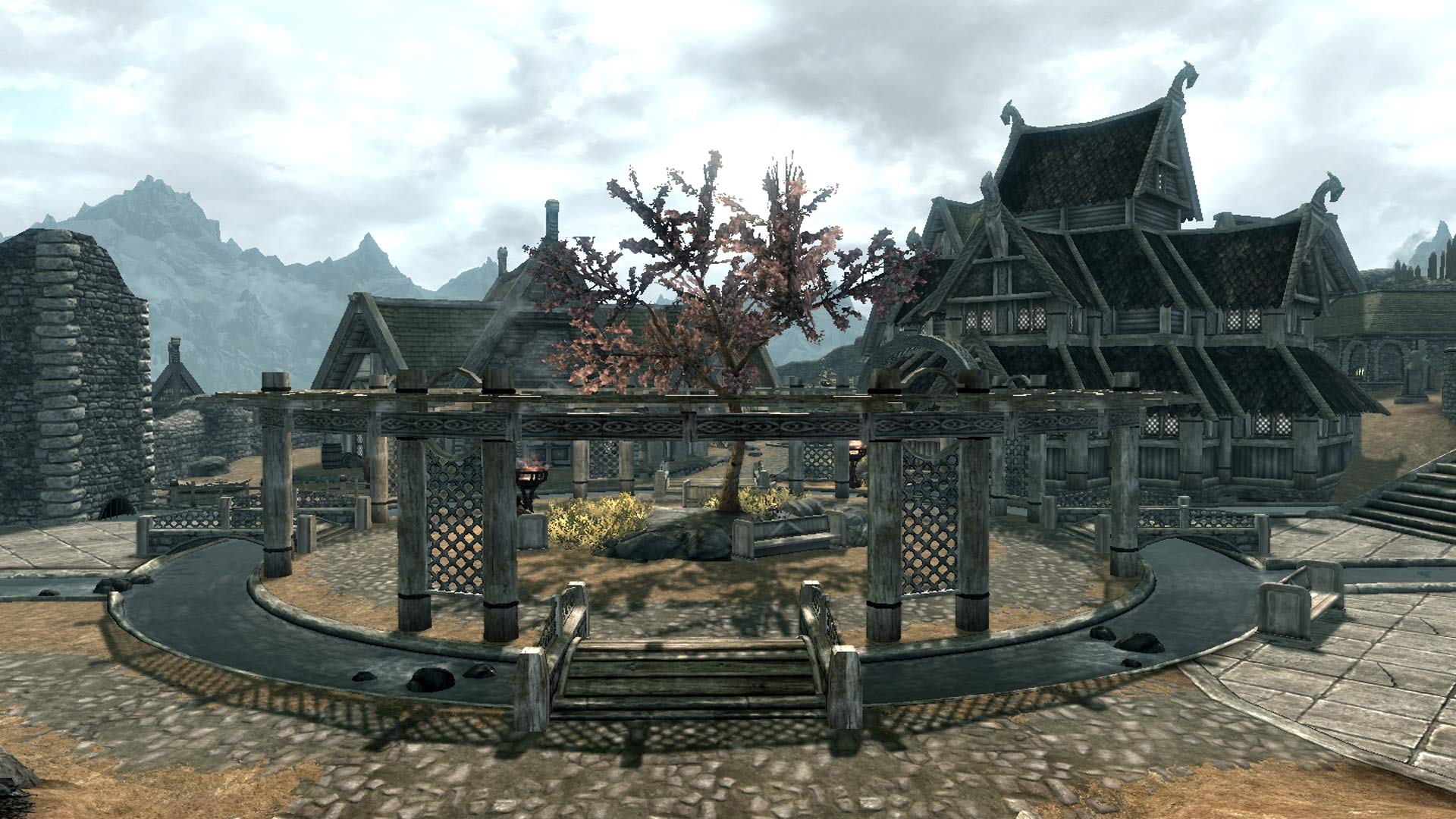 So what is new in the world of Skyrim? Well, there's the Amiibo functionality granting a chance at gear and damn awesome motion based controls. First off, you can use each Amiibo once a day for a chance at getting loot. If you have twenty Amiibos of any kind, you can use each of them once per day. I was disappointed that the loot was random, but I suppose it adds some fun gambling to it all and keeps you using the system. The motion controls were simple, yet awesome as you could swing the Joy-Cons to perform melee hits. It felt intuitive, fancy and was ever so exciting. A light motion does a swift attack whereas a longer motion does the heavy attacks. It works really well and it was an interesting way to change combat up. You can also pick locks with motion, but I didn't come across any while playing. The bow is the final aspect of the motion controls and I honestly had troubles using the it to shoot, but I think it just had to do with the position I was in or lack of practice.

For the most part, this is a really interesting version of the game it runs well on Nintendo Switch. I think fans of the game are really going to love this version of it as you can just pick up a massive world with all its DLC included and go anywhere. There are some portions that could use a bit of work, but it's looking good. For my run I began just after the opening sequence and went to the local town to kill a chicken. The folks there relentlessly chased me up the hill towards the snow, back to town and then forward to Whiterun. I did this on purpose, I wanted to test functionality such as entering houses or getting the AI running around and to see the core parts of the game. These are the areas folks visit first when they play and where the first impressions of the journey begins. I'm looking forward to the final version of this game as it seems too perfect for the console and should be an epic addition to the Nintendo Switch launch year.