Just Survive originally had H1Z1 in front of it, but King of the Kill is currently killing its standing so dropping that part of the title is a bid for more attention. They share the same general design with their shared title, but this was getting far too overshadowed. With this update the game has also seen a number of tweaks and improvements with the Strongholds being a big part of that. These are structures that you can work towards taking and then improving so that you can have a sort of hub within the open world of death.

It's really quite intense and no one seems to care as they just do their own thing. To me, I find this sort of game boring as you just wander around until someone kills you. I used to do something similar back in the day when DayZ was still interesting, in comparison this is much more streamlined. It's less about those intense survival aspects and just collecting items to kill others with.

I did manage to find a friend while playing and that was fun for a bit until I lost them. We worked together randomly which is an interesting social interaction and got along well sharing resources. I don't specifically hate these types of games, but don't understand the full appeal that others do. If you love the survival type of game then this provides that open and well detailed world to fight in. It's got tons of buildings to venture into, items or well weapons to collect and others to kill. It's not hard to find people wandering, I even took out some while more or less getting killed by others. It's not too frustrating to die as it can happen often, but disappointing to lose everything. It makes sense though that it would happen and those that partied up will certainly enjoy the loot.

The zombies were decent in this though fairly docile unless you were close and they could deal some nasty damage. The wolves I found were probably more intense and honestly others are always the biggest threat out there. Just Survive is a fine open world zombie survival game with all the things that those of this genre enjoy. The world carries an expansive region while having lots of perfect little details. You can always find a weapon and cause of mischief for others if that's your sort of thing. It all works well and if you have a group I imagine it's an even better time. 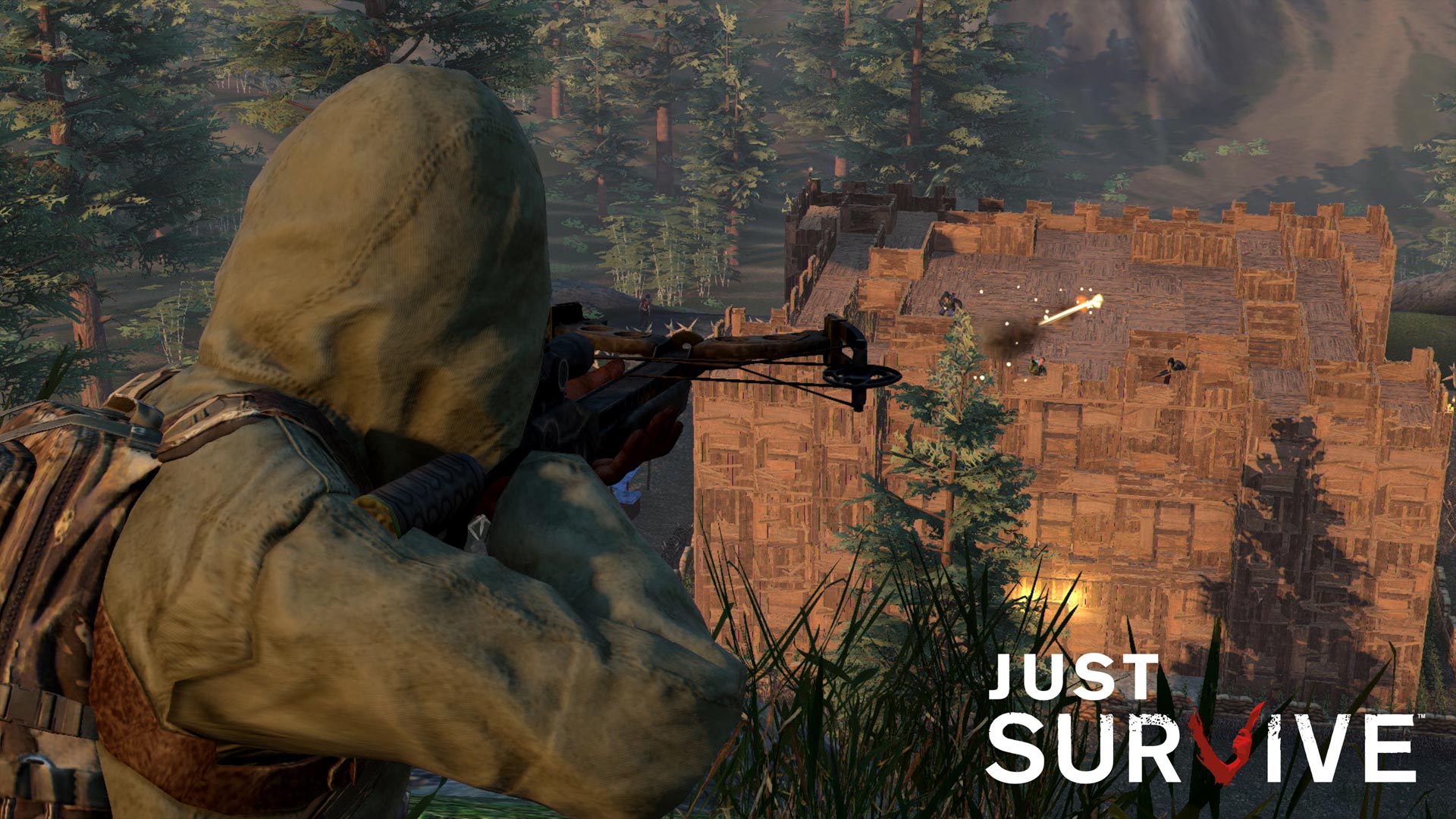 Impressions Made on Just Survive on Steam Early Access