Conan Exiles has finally hit Xbox One on Game Preview and with it comes the excitement of this brutal multiplayer game. While it may be exciting to have on the console, this version also brings a number of glitches. For the most part the game actually has solid performance not only with how it runs, but also the render distance which is rather impressive. It's the full PC experience on a console which is nice though there are certainly a number of issues present with it. To start things off, Conan Exiles is yet another survival game on early access. It brings elements of crafting from the environment, building structures to chill out in and fighting off creatures. There are a number of beasts and mystical aspects present as well within this universe though other real players are still the core threat. You can play the game in a number of ways whether that's PVP, PVE or locally by yourself/with a friend though the PVP is the truest gametype for this experience.

I'm definitely impressed to see the full version of the game on the console and it can be fun to play. When it does run well, it runs fine and it can be a blast with others. That being said, there are horrible server issues to the point of spending a half hour trying to connect to various servers. Once in a match it seems to run fine aside from some horrible glitches. This includes things such as various texture issues and a crafting system where sometimes the item you make vanishes. That aspect is crippling to a survival game as you spend so much time collecting things to craft items. There are other issues present, but it is in preview and these were the essential issues I had. I expect it to improve over time, but I recall the PC version being more together when it launched in Steam Early Access. Back to the game, it actually looks solid on the standard Xbox One not only in terms of visuals, but its impressive view distance.

For the most part items render fine and it's dense with items to collect or other real players to interact with. You can build a huge list of things to help you survive and the survival aspects cover all key points. The skill tree feels expansive and the character creator had great depth to it which makes sense if you play in the third person. You'll need to collect water to satisfy thirst, watch your temperature and eat food. It all works out well for the most part and if this is your type of game then you'll enjoy Conan. It definitely plays similar to Ark: Survival Evolved while still being its own Conan thing. I'll also mention the nudity aspects, in North America only breasts are present (toggled option) though in Europe it does feature full nudity like the game does on PC. It's odd that North America gets censored, but I assume it's due to the sensitivity the United States has to that sort of thing so I'm not too surprised.

Check out our Fortnite Preview
View our Xbox Hub 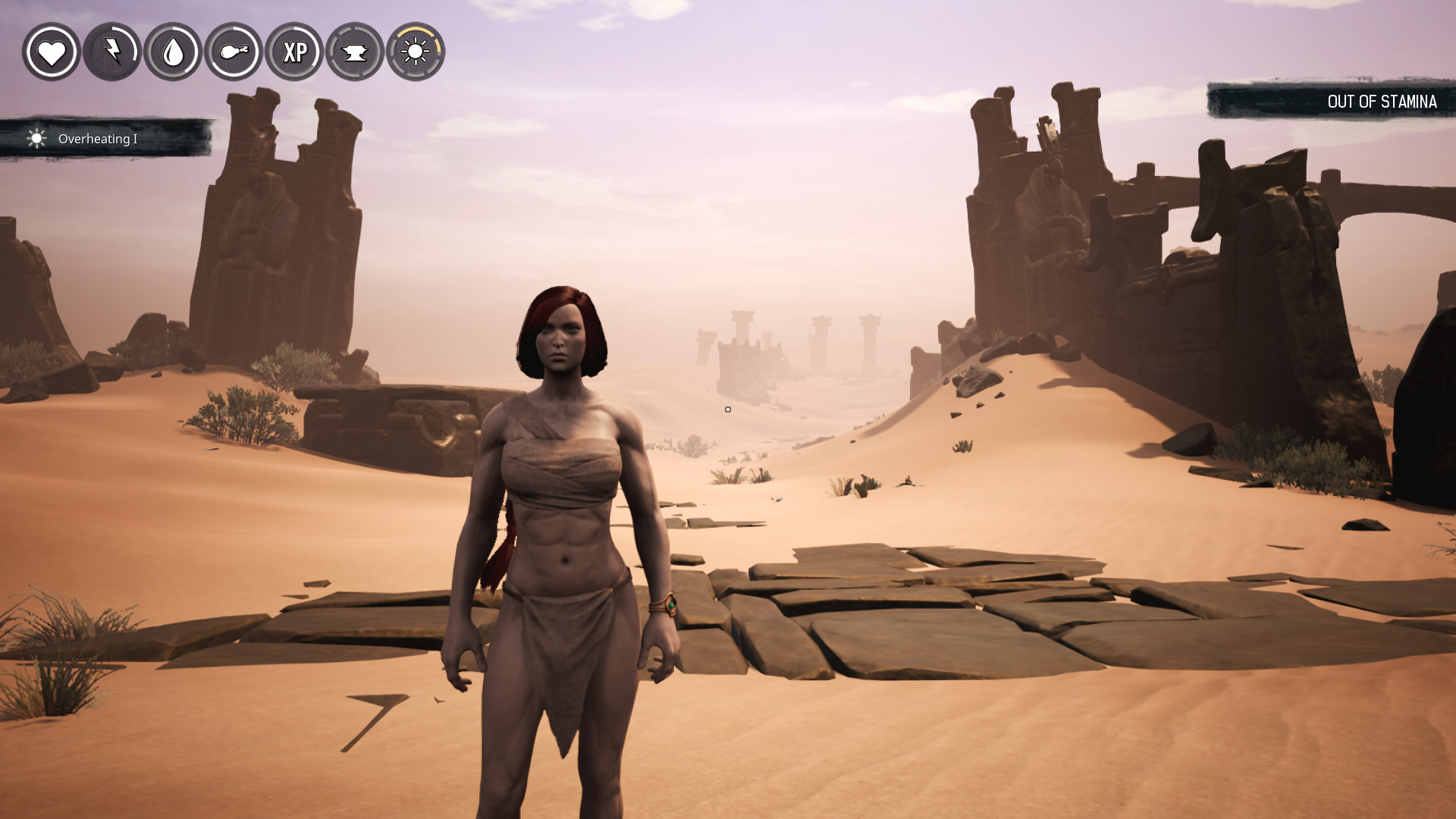 Impressions Made on Conan Exiles Xbox One on Game Preview