In Citadel: Forged with Fire you literally are fire based rising from these lava pools to walk along the mystical surface. Think of a game that at its core feels like Ark: Survival Evolved and instead is more like Rust. That's what this survival game is, but to the extent of mechanics. What's built on top of it is a fantasy setting that many players I talked to felt like it was what they always wanted out of a game after watching Lord of the Rings. I don't personally have that same sort of strong connection, but the setting does somewhat emulate that feeling. Players were incredibly friendly everywhere I went, but I imagine some hostility could be present depending on the server. Things start off simple as you have nothing and over time gain XP to improve your character. 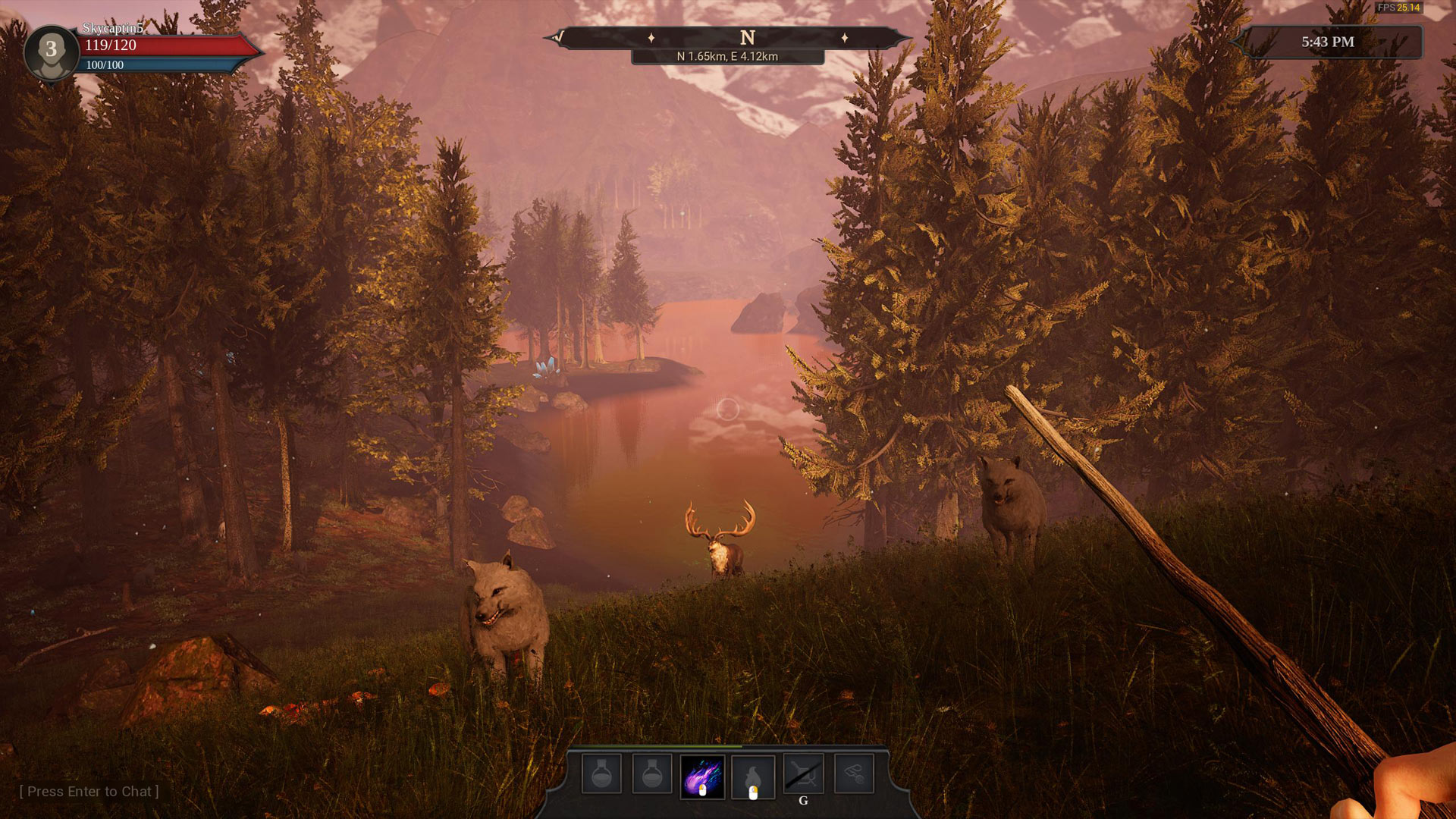 This is a fairly typical aspect of survival games now and this one aims to be different not only with its setting, but the beauty of the landscape. It does actually feel magical to a degree with lovely open oceans, large scale mountains and vast fields to move through. These areas are full of creatures and it does offer a wide variety of interactions based on these. Some of the servers were glitchy with creatures stuck in a spot, but not all of them. I found that more funny than anything as I was able to get a better look of the landscape while slaughtering anything in my way. Again, it was just a couple of them so don't expect that to be rampant. Citadel: Forged with Fire is still early in development under the Steam Early Access program, but it shows great potential. It was a blast using magic as the wand can send out zaps and there seems to be some force to getting you out and about in the world.

I was very impressed with the scale of the world since the map is incredibly large and there's already a pile of things to do. You can create houses through that skill tree, better weapons or even brooms to fly. Mana and similar potions are present so just imagine a magical layer on top of a survival game. The selection of enemies is also great from terrifying mountain trolls to fire boasting Pyres, but those come after a bit of exploration. I enjoyed what I played of Citadel: Forged with Fire and look forward to seeing how it develops over time. For now, I leave with pleasant thoughts and fun after stabbing a selection of creatures with my wand as I ran out of experience to unlock an axe.


Impressions Made on Citadel: Forged with Fire during Steam Early Access