Fable Fortune is the first property from the franchise that players have seen in a long time and it's nice to get something from the universe. Fortune is a Xbox Play Anywhere title for Xbox One and Windows 10 while also being a free to play. It's presented in the style of a strategic card game where you pick a hero of sorts and then battle others with your deck. You can earn coins to grab card decks or buy them if you'd like. You get a fair stack of cards to start and it does feel rather balanced from there.

I would have liked the card opening system to run a bit quick as clicking each card to reveal it on the console was annoying. This preview is entirely focused on the Xbox One/Windows 10 version of the game though you can check out my earlier preview below. Not a ton has actually changed since I last played the game and that's fine as it's fairly well balanced. It also works well with the controller offering easy controls and the whole process feels like its streamlined well. I did however come across a couple disconnects from matches though nothing too bad and keep in mind it's in Xbox Game Preview (early access) so it'll be tweaked over time.

The current modes available are a direct pvp section where it's 1v1, a coop mode where players work together against the incredibly ruthless AI and a practice area against the AI where it's once again ruthless. I'm not sure if the focus is one the AI aspects though I feel that the pvp section is probably the core portion of the experience. The 1v1 situation is well balanced and with multiple decks battling it's interesting to see what cards come into play. You'll then have to adapt on the fly and there seems to be so many little tricks to completely reset the board. At one point my opponent had five characters out in the field whereas I had none so I used a lightning strike to eliminate all of them. When you play you'll get cards that place characters on the screen or ones that do special effects such as the one previously mentioned.

There are also some minor side abilities to use and everything costs coins of which you get an allotted amount per round which grows over time. It all works out well and it could be a very interesting card game, I would however like some more mode options though I'm not sure what those would be. Fable Fortune does also keep that classic comedic formula that made the series so special and you can instantly tell that once you get playing cards. It seems to run fine at the current moment and I look forward to seeing how it develops, don't forget to pick your path of light or dark and I'll mention that Gravedigger is my current favorite deck. 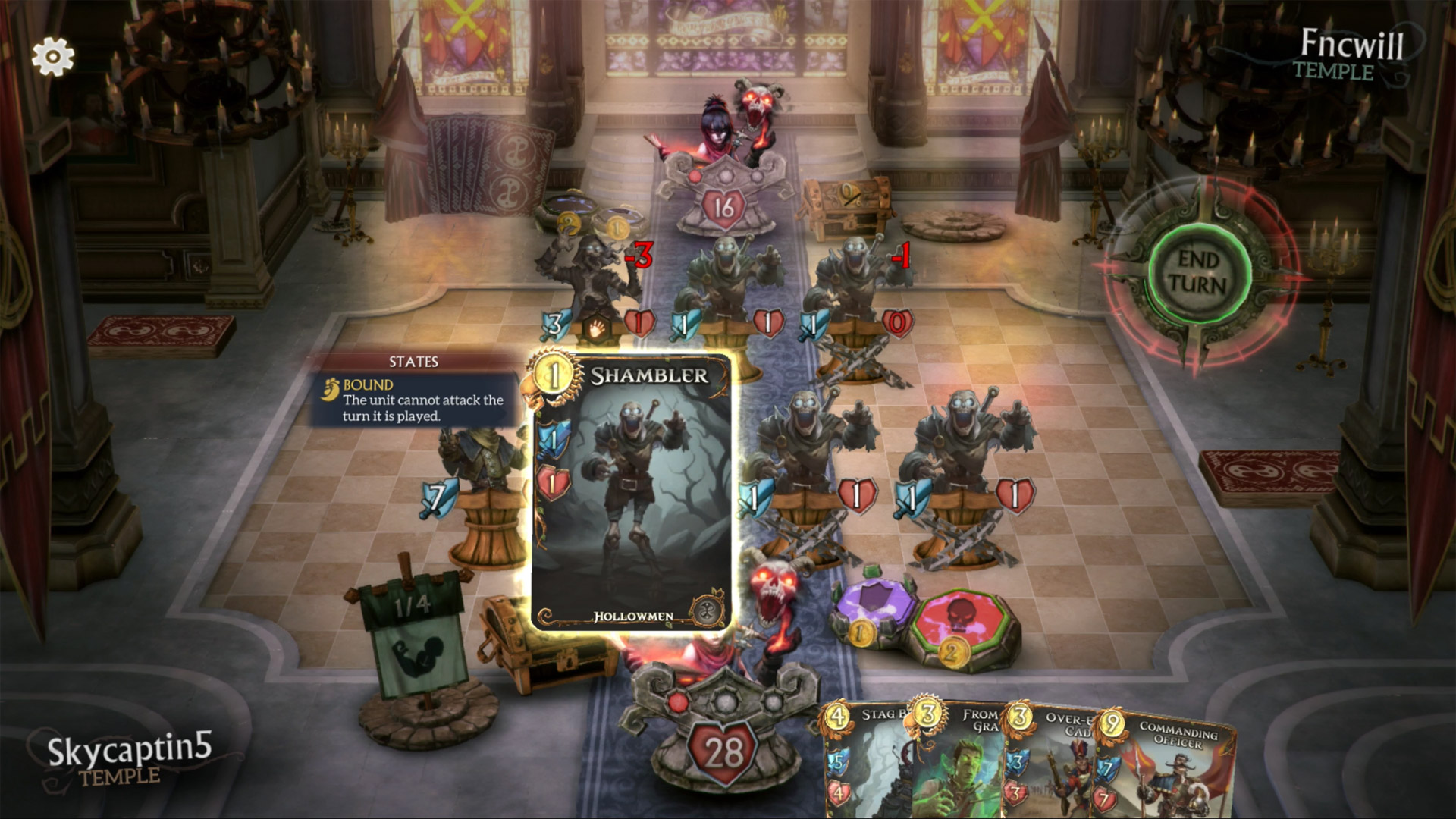